We have always been talking about local stuff day in and day out. Why don't we go international today? Well, let's fly to see what's going on overseas.

The Guinness Book of World Records honors people with exceptional qualities and abilities all over the world. Today I want to discuss two of the record holders with you. I think their abilities are unique and hence, you need to see them. Let's take a look at them

1. The man with the widest mouth in the world

Francisco was recognized as a man who can put an entire can of Coca-Cola in his mouth as having the widest mouth in the world. He was spotted by the Guinness researchers after displaying how elastic his mouth was on YouTube. 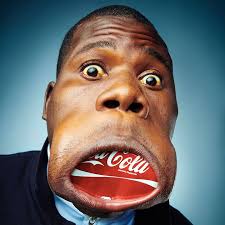 Francisco Domingo Joaquim, whose mouth is 7 inches wide, is considered the owner of the widest mouth in the world and has been recorded in the Guinness Book of World Records. 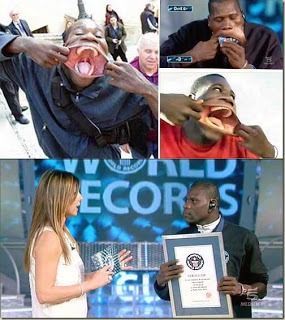 Joaquim is also known as the "Angolan Jaw" because of the fact that he is an Angolan and also has a wide mouth. He set his record during the "Biggest Mouth" competition which was held in Rome on the 18th of March, 2010.

2. The person with the farthest eyeball pop in the world

This record is currently with a woman known as Kim Goodman. A certain 2nd November in 2007 carved smiles on the face of this woman. She was called all sort of names like "pop-eye" but she finally generated money from this feature of hers after that day.

Kim Goodman stays in Chicago, Illinois and it's amazing realizing that she discovered this talent of hers through an accident. It was one Halloween party when she accidentally got hit in the eye with a hockey mask. 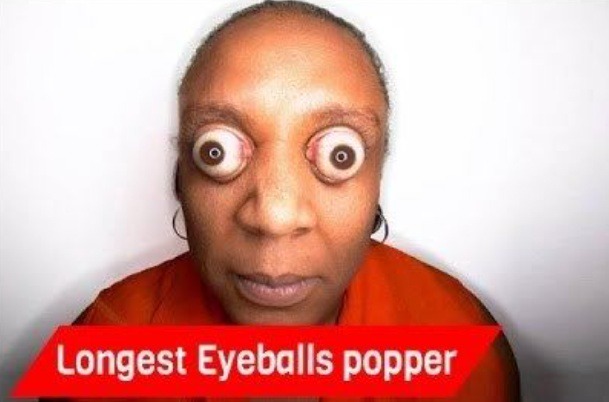 That was the turning point for this beautiful woman. She could pop her eyeballs from then. This woman is able to pop her eyes out of her eye sockets by 12 millimeters (0.47 inches).

You wouldn't expect to see the eyeballs popping out of the socket like that because there are probably optic nerves connecting the eye to the brain yet she pulls them out. This is said to be the farthest point any human can ever go. 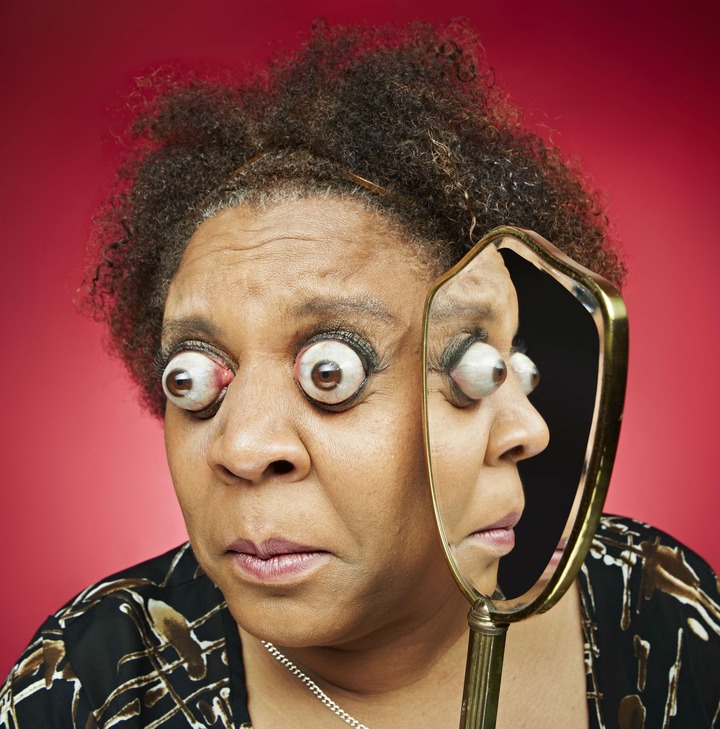 She holds the world record for the farthest eyeball protrusion. When asked if it hurts after bulging those eyes out, she gave a funny answer. She started with a giggle and said, "If it hurts, I wouldn't be doing it".

She added that she's not quite sure of how she does it. It's just part of her now. 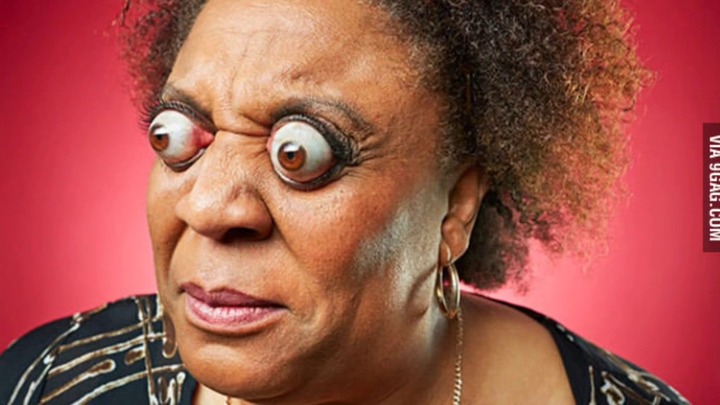 Thanks for staying with me. Have a wonderful day.

SHS Boy's Girlfriend Breaks Up With Him Over Kwadwo Sheldon's Advice