Pain Is Absolutely Necessary; Here Is Why

By Nexusunlimited (self meida writer) | 28 days 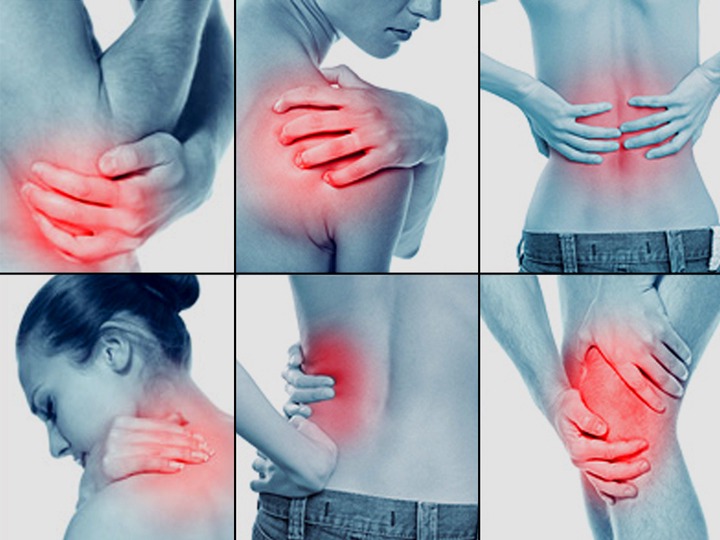 Have you ever thought of life without pain?

Do you consider pain as a blessing or a curse in your life?

Do you wonder how a world without pain and suffering feels like when you uncomfortably watch your loved one's writ in pain?

Nobody likes to endure pain. Pain can make a person's life uncomfortable and leave in its wake untold agony and anguish.

Therefore humans do anything to avoid pain. Humans even fantasize about gaining superhuman abilities to numb pain or suffering entirely. No wonder we are always fascinated by the concept of superheroes.

That said, the pain receptors of the human body perform a crucial function of informing our brains about what to engage and what to disengage from.

This overlooked function aids us in assessing and memorizing what to touch and what to avoid entirely.

If you doubt the importance of pain in your life, let's take a look at a few individuals who are afflicted by the genetic defect known as Congenital Insensitivity to Pain (CIP) or congenital analgesia.

Congenital insensitivity to pain like the name implies is a genetic defect that leaves the suffered unable to feel pain or the individual never feels pain.

Though this may sound beneficial, it becomes an albatross and a living hell for parents who have to constantly be on the lookout to prevent dangerous or fatal or injuries. 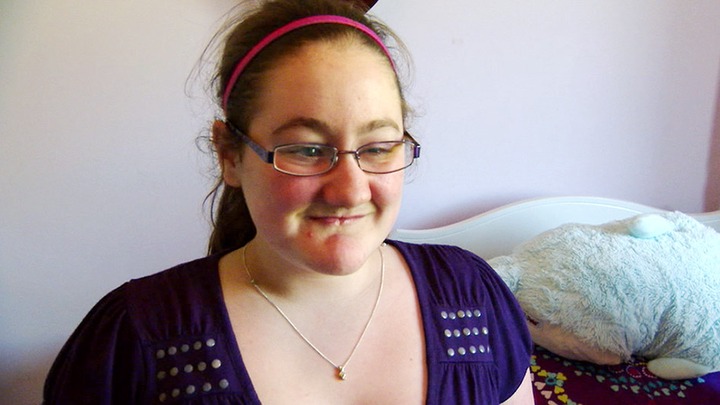 Gabby's life as a young girl is girded by the constant thoughts of exposing herself to danger. She is always being monitored and guided by her mum and teachers because she can't feel pain.

When she developed teeth she chewed her own fingers so badly she lost 3 of them without realizing it. To prevent further damage, doctors advised her parents to have her teeth pulled out. 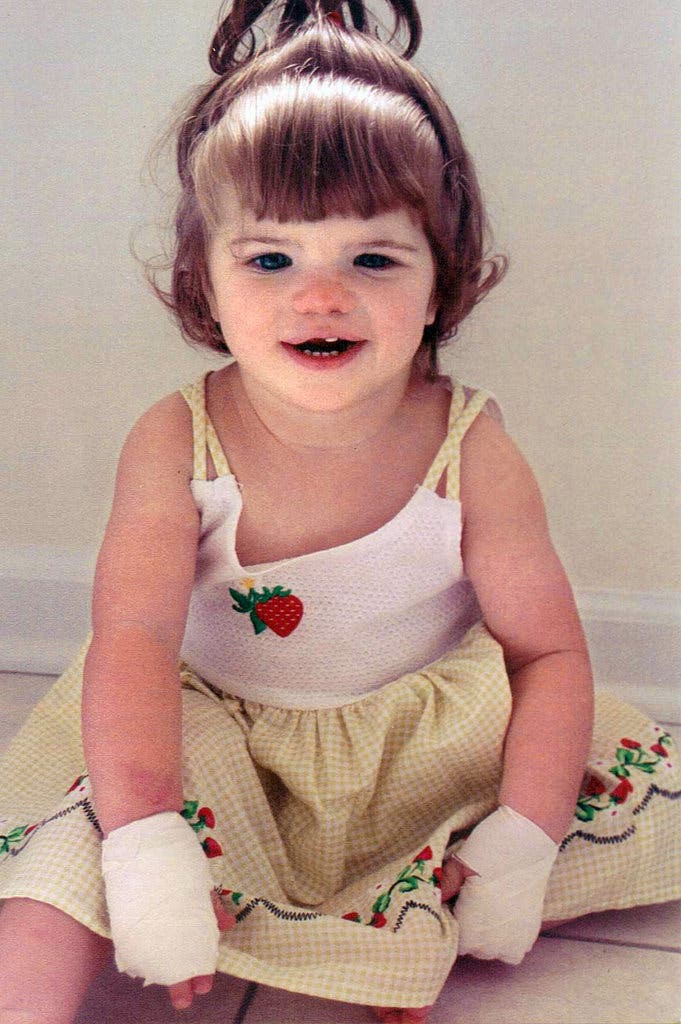 So she literally has the mouth like that of an old person with no teeth.

At a tender age, she has lost the vision of her left eye after she virtually gorged it out so now she uses a prosthesis eye. 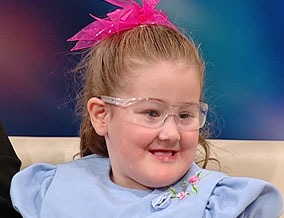 She has to constantly wear swimming goggles to protect her eyes. Occasionally she manages to hurt herself without even knowing it. 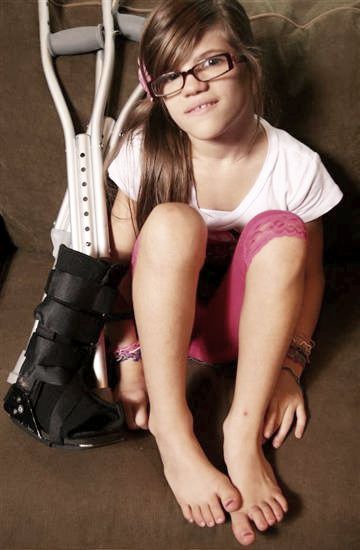 Though her name is synonymous with "blocking", it does not connote she blocks pain intentionally. The truth is, she simply cannot feel or understand physical pain.

She has dipped her hand into boiling pots of noodles, as well as placed her bare hands onto the stove.

She was once swarmed by fire ants who bit her over 100 times and she sat without any expression of recoil on her face.

She has also broken her ankle and played around on the broken ankle for two days before her parents realized it. 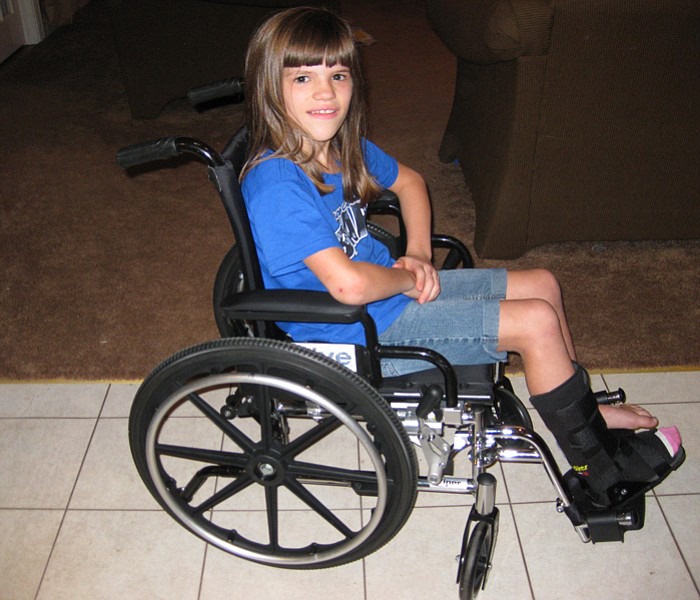 Now her parents are burdened with the task of making her understand the presence of blood is bad. Thankfully, she can feel pressure but no pain so she can feel and return hugs.

But she has cons baffled her parents from infancy when she barely made noise even when she suffered diaper rash. She barely cried when something was amiss.

Now, not less than 700 people in her community have volunteered to keep a watch on her daily.

Yet her parents have to painfully prevent her from engaging in certain activities like skating, cycling or leaving her unattended in the kitchen. 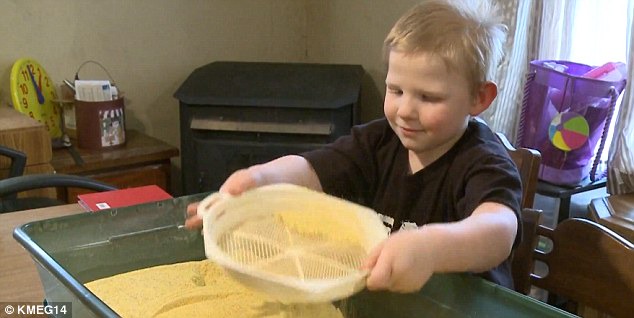 Isaac broke his pelvis from a playground accident but never felt pain. He also suffers from Anhidrosis which makes him unable to differentiate between cold or warmth.

Even though he now knows that bleeding indicates something is wrong, he still does not understand the varying intensity of pain. His parents are saddled with the constant thought of their son unknowingly and dangerously hurting himself. 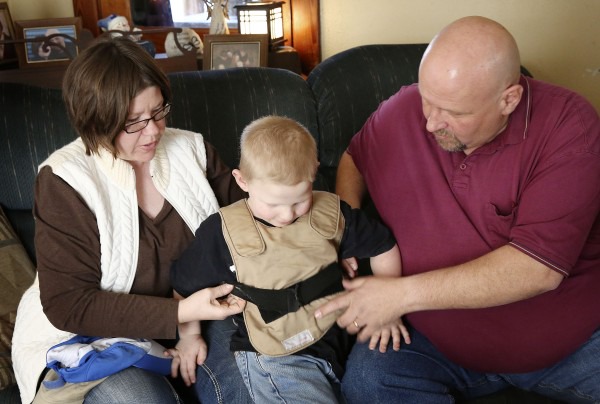 Unfortunately, congenital immunity to pain is uncurable which means that those who have it may do untold damage to their bodies by the time they reach adulthood.

So thank God for the gift of your pain receptors that relay information to your brains to seek medical attention.

Content created and supplied by: Nexusunlimited (via Opera News )

Common Fruits that supply blood faster than malt and milk