CULTURE: Tribe That Have Many Sexual Partners And They Celebrate Annual Wife Stealing Festival. 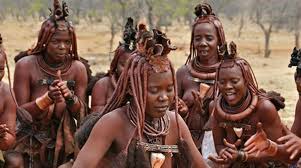 This is just so fascinating as it shows how incredibly different cultures can be!

The Wodaabe tribe live in the Sahel, an inhospitable desert which stretches across Africa. The sexually liberated Woodabe are an ancient group of nomadic cattle herders who believe that they are the most beautiful people on earth, anyway, indeed they are truly beautiful. Every September the Islamic polygamous tribe unite for a festival unlike any other in which they celebrate Gerewol. Gerewol is the chance for them to come together for a traditional festival of music and dance, which lasts for seven days and nights. This is long fest celebration. September marks the end of the rainy season and a time to gather ahead of their transhumance migration.

The tribe men are involved in many dances in front of three female judges, including the Yaake which is a mating call in which men battle it out for sexual supremacy. Sounds interesting but very weird art.

The Yaake is the ultimate test of male prowess, where men’s status as gods are set in stone or lie in tatters. 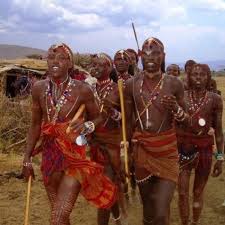 The three female judges are the tribe’s most beautiful women, chosen, normally, because their fathers have previously won the Yaake. Each female judge gets to choose her own winner – and winning brings with it acclaim and their pick of women in the tribe.

Watching on are also the tribe’s most eligible women who are looking for their next husband. If they like a man, the women can chose to be ‘stolen’ by one of the better-looking men, leaving their husbands behind. Those who wish to be stolen wait until their favorite man passes by and taps them on the shoulder. The fact that the women watching may already have a husband is not important to this polygamous tribe – because in the Wodaabe women have all the sexual freedom – and are allowed more than one husband. Women have all the power when it comes to sex in the Wodaabe tribe. Unmarried girls are allowed to have sex whenever and with whomever they wish. 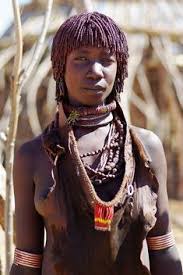 Their first marriage is traditionally arranged by their families when the couple are children – called koogal – or they can marry because of love and attraction, called tee gal. A bride stays with her husband until she becomes pregnant, after which goes to live with her mother. She delivers the baby at her mother’s home when she becomes a ‘boofeydo’, which literally means ‘someone who has committed an error’. While she is boofeydo, she is not allowed to have any contact with her husband, and he is not allowed to express any interest in either her or the child. After two to three years, she is permitted to visit her husband, but it is still taboo that she should live with him or bring the child with her; this only becomes permissible when her mother has managed to purchase all the items that are necessary for her home.

But by then the woman may be ready for her second marriage – likely to be men of their own choosing at the Gerewol – and it is all about looks. The Wodaabe, are the vainest of the African tribes and consider themselves the most beautiful. In fact, no self-respecting man, it is said, would be without his pocket mirror. “A woman with an ugly husband will try to escape,” a tribal woman shared. “If she doesn’t, it is because she really loves her husband!”

Unlike the women, the men have relatively little control when it comes to sex. They have no say in whether a woman will run off with them – and even less on whether their own wives will leave them for another man. For this reason not every man allows his wife attend the Gerewol. “We go to the Gerewol for pleasure,” a Wodaabe male told National Geographic. “If I get a woman then fine, it’s a bonus.” Another, however, was far more delighted by the wife stealing. “We all wear make up and dresses. But what I like most is finding other women and taking them into the bush.” One man proudly revealed he had stolen 30 wives in his life – but it is not all fun and games. 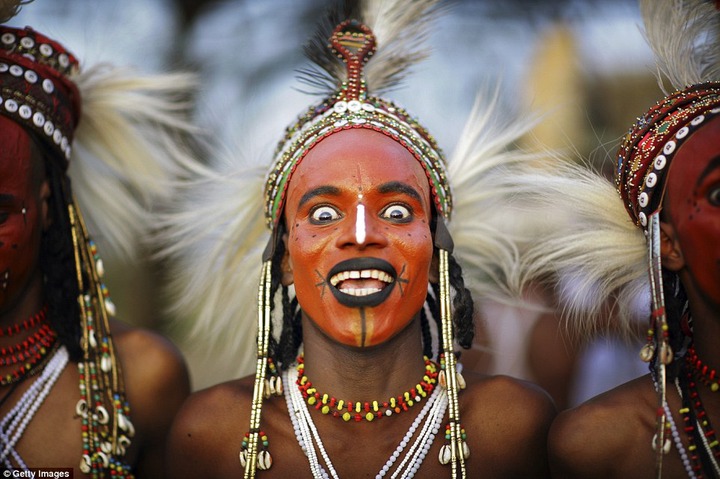 “You know, stealing wives is not an easy thing,” one tribesman said. “Only the Wodaabe know! You steal a woman from others and she will give sons to your lineage, even grandsons. Only the Wodaabe know how to do that.” Of course only Woraabe will that happen not in my beloved country. If you like you can give a try and see what will happen. Remember your commented about this culture is highly recommended.