10 Stunning Waterfalls In The World

Visiting a waterfall is one of the most spectacular experiences ever. It is one of the most jaw-dropping wonders of nature, to see gallons of water almost falling from the sky at its full force. Whilst some waterfalls are exhilarating to stand under, there are some that are simply awe inspiring to watch. 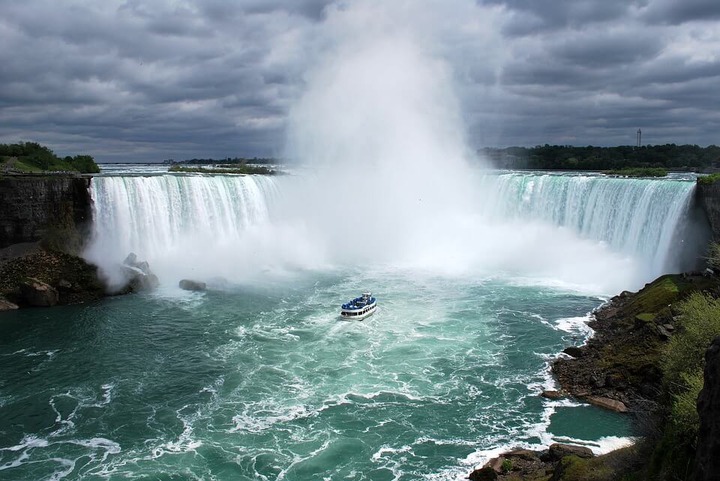 Time and time again, the Niagara Falls has been heralded as the best waterfall in the world. Boasting an enormous 2600ft in length and 167ft in height, it is one of the top attractions bordering both the USA and Canada.

The Niagara Falls is made up of 3 waterfalls (the American Falls, the Bridal Falls and the Horseshoe Falls), combining to produce the highest flow rate of any waterfall on earth. Naturally, this is a great source of hydropower and produces an incredible amount of electricity for millions of people every day. 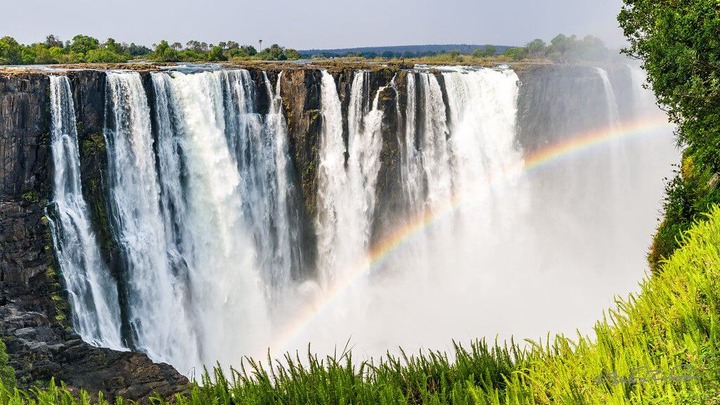 The Victoria Falls is famous for being the largest waterfall in the world, though technically it is not. At an awesome 355ft high, the Victoria Falls is commonly known due to the breathtaking height the water rapidly falls at. These falls are iconic and described as ‘once in a lifetime’ by many. What’s more is that the waterfall has a vast natural pool where visitors can swim safely. 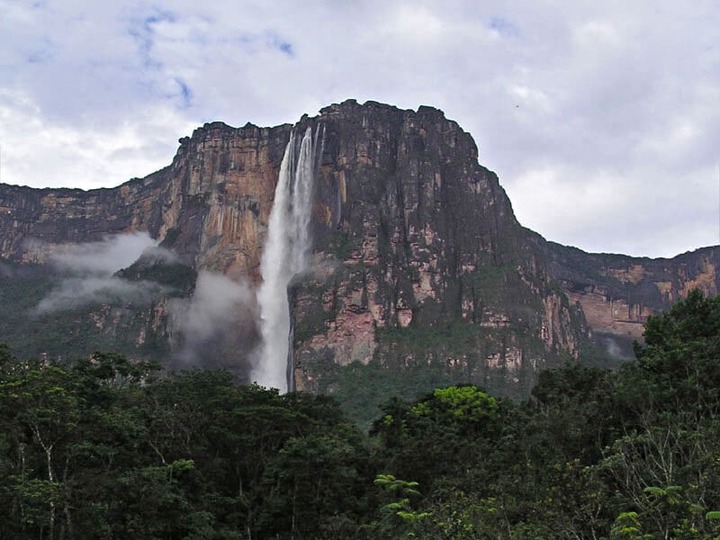 The Angel Falls is in fact the highest waterfall in the world. At a staggering 3211ft, the sheer height of this waterfall is astounding enough.

When the water levels are high enough between June and December, visitors can take river trips and feel the mist of the waterfall as they journey upriver. Dropping over the edge of Auyantepui mountain, the Angel Falls is truly one of the most spectacular sites in the world. 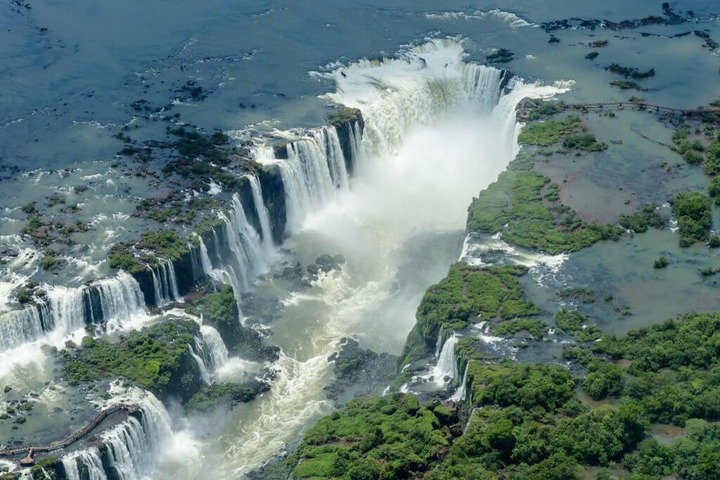 The sheer enormity of the Iguazu Falls, is what makes this one of the most unique and beautiful waterfalls on the planet. At 269ft high and an outstanding 8858ft wide, the Iguazu Falls is twice as wide as the famous Niagara Falls

Being one of the wettest waterfalls in the world, you won’t have to worry about experiencing a dry fall when visiting this stunning wonder of the world. 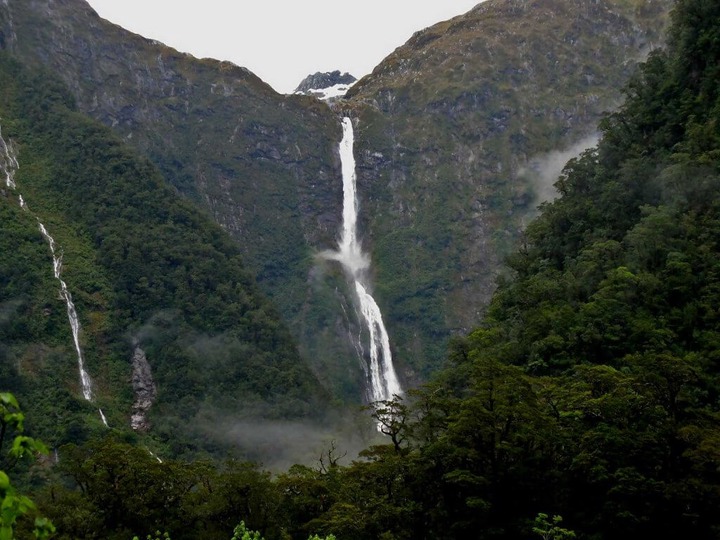 For travelers wishing to be rewarded with stunning scenery after an extensive trek, the Sutherland Falls does not disappoint, when look for a magnificent waterfall with a strong force of water. As the highest waterfall in New Zealand at an astonishing 1902ft, this waterfall is a must-see. 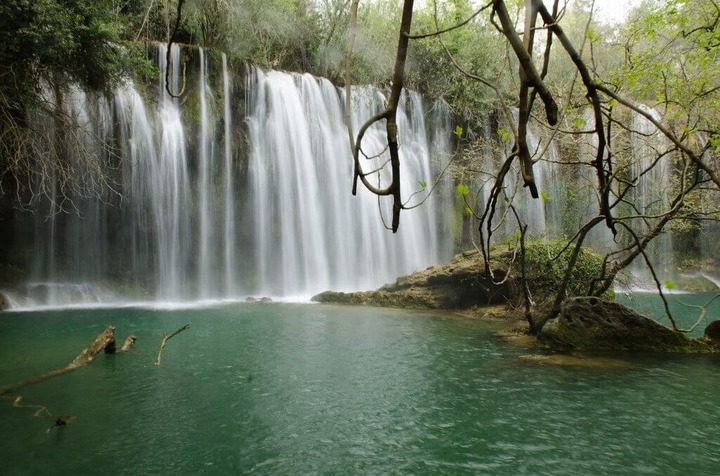 The Kurşunlu Falls is not just a captivating waterfall experience, but also a wildlife experience. Located in the heart of Kurşunlu Waterfall Nature Park and surrounded by cool pine forest, the falls offer a visual feast for visitors wishing to swim, see endemic plants and observe animal wildlife of birds, turtles, lizards and more.

A lesser known but equally unique atmosphere scented with blackberries, wild roses and other plants. 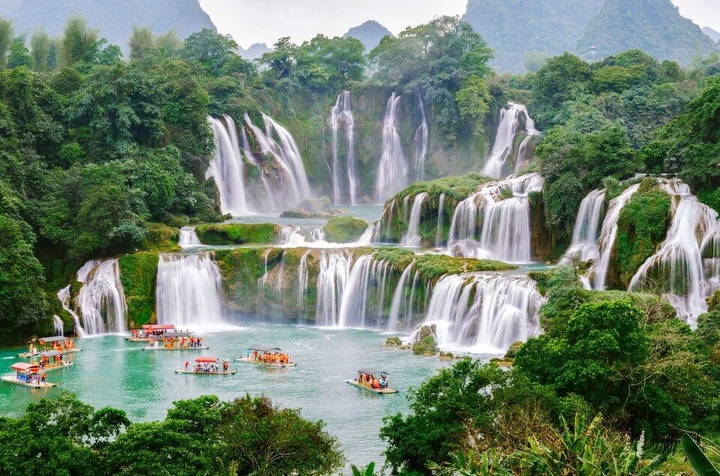 The Ban Gioc Waterfall is the fourth largest waterfall in the world, and merges into Ban Detian Falls in China. What’s impressive is not so much the height of this waterfall 196ft, but the width spanning 984ft across. The water crashing onto the rocks is a beautiful, thunderous sound that can be heard from miles and afar. 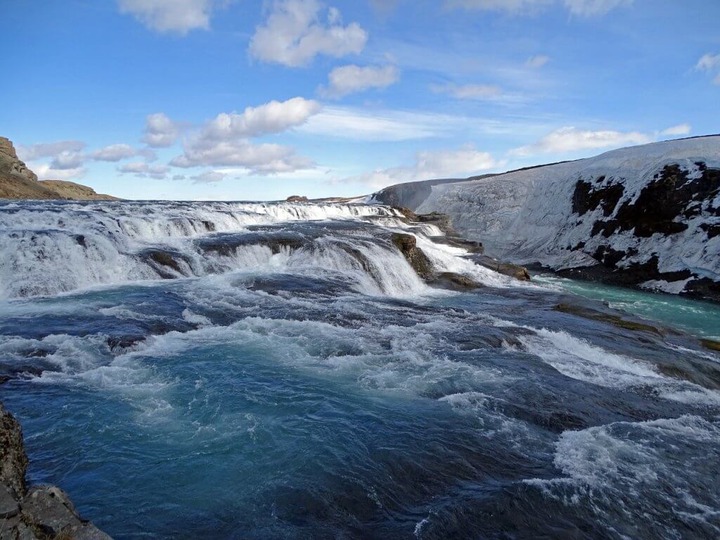 Once a privately-owned waterfall, the Gulfoss is now state-owned and one of the most famous tourist destinations in Iceland. Part of ‘The Golden Circle’, the waterfall is 105ft high and plunges in two dramatic stages- the first cascade being 36ft and the second drop being 69ft.

Ultimately, the Gulfoss is an Icelandic treasure which will create memories worth treasuring. 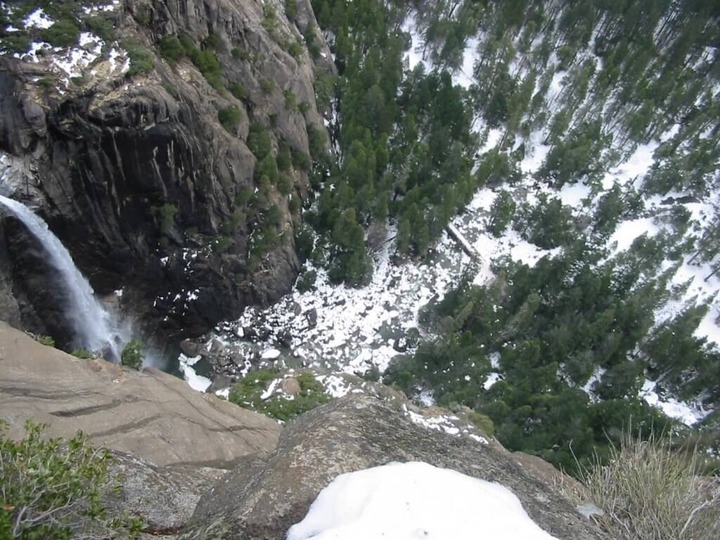 Tugela Falls is a complex of seasonal waterfalls, featuring an uninterrupted lead of 1350ft and a total drop of 3110ft, making it the world’s second tallest waterfall after Angel Falls. Tugela Falls can be reached by walking through a picturesque and pristine mountain trail, ending at the summit of Mount-Aux-Sources. 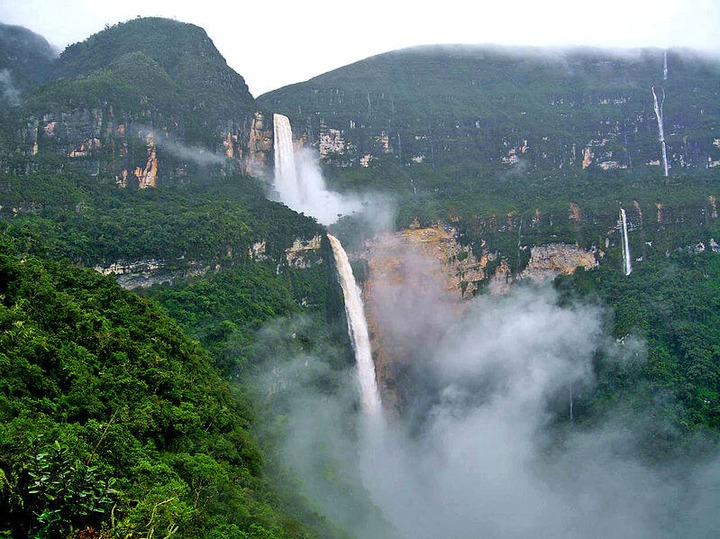 One of Peru’s must be explored natural wonders- The Gocta Waterfall. At an awesome height of 2529ft, this is the third tallest waterfall in the world. After a scenic 2.5 hour hike or horse ride follows breathtaking views of the amazing Gocta waterfall.

Have you been broken-heaterted? How to stop crying over your ex every day