Know Why This Symbol Is Used As " POWER BUTTON"

By SirYorm (self meida writer) | 15 days 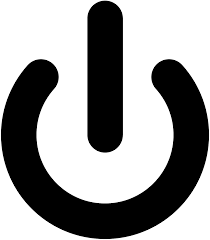 You have probably come across it more times than you can remember, a symbol that is engraved on almost every household appliance. Well, you have got to know this very symbol happens to have meaning and has actually got quite an interesting history behind it_ one that I plan on recounting to you today.

Today, you get to know why it is used in representation of " Power". As early as the 1940's, engineers used a binary system in representing specific switches, where 1 meant "ON" and 0 meant "OFF". The following decades, it then became necessary to convert the numbers into symbols_ so then came the use of a vertical line and a circle depicting the "On" and "Off" functions respectively. Further advancements occurred with the vertical line and the circle being merged together as one symbol as is currently used. 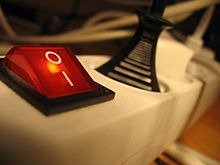 Even today, we tend to see the vertical line and the circle separately on some switches as depicted above. But what is very common tends to be the symbol comprising of the vertical line and the circle joined together. Before I go, there's one other thing very worthy of mention, it is very important that you know that there exists another symbol which is denoted by a vertical completely surrounded by a circle. 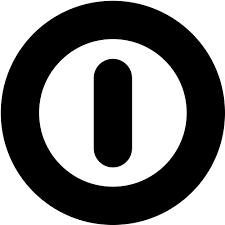 This symbol is quite rare but does exist and is called the " POWER ON/OFF BUTTON" in contrast to the other one which is just called " POWER BUTTON" _ according to the IEEE it is used on buttons that switch a device between "On and Fully Off" states. You probably already know that the first symbol I talked about(Power Button) doesn't fully disconnect appliances from their main power supply but sort of puts them on standby, thereby resulting in the need for this other symbol.

Its Death Or Imprisonment Of Not Less Than 5 Years For Josephine And Conspirators, If Proven Guilty