By ElliotB.Bortey (self meida writer) | 20 days

On Sunday, May 23, 2021, the people of Nungua begin preparations for the celebration of their annual festival named "Kplejoo", one that is celebrated annually in the month of July.

Opera News was there to take coverage of the whole events. 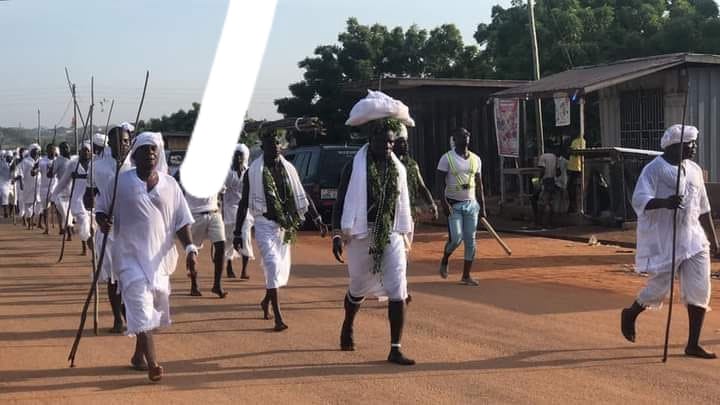 The occasion was the climax of the Pre Kplejoo/Homowo preparatory activities. The ceremony, rites and rituals were three. Those were the final filling of the ancient pots in the "Gborbu Koo" (Gborbu groove) with water( "dudor mli nu woo"); the purification of the Nungua township ("mang dwuramo") and the third was the sprinkling of corn("abele shwamo"). And the cynosure of all eyes was the Gborbu Wulomo-Shitse. 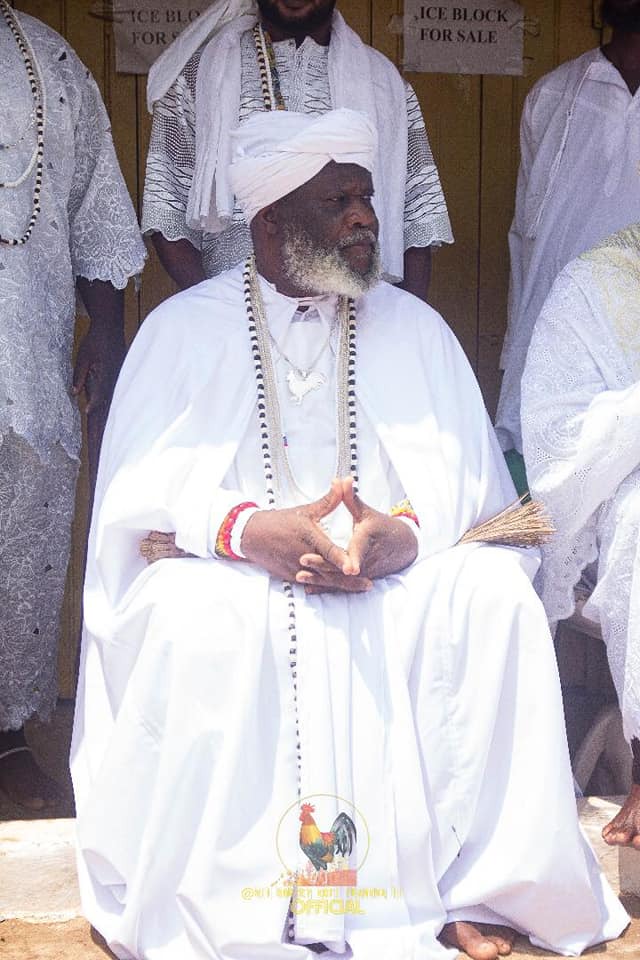 Answering the roll call were the majority of the GaDangme High Priests( Wulomei) from Ga Mashi to Ada. Only three High Priests could not make it to Nungua. These were Nae, Ga Sakumo and La Kpa. Following them were members of the Ghana Psychic and Healers Association(Agbaafoiatsemei); the Asafo company leaders and traditional war generals( Asafoiatsemei).

A very large contingent also came from the office of the Ga Mantse, made up of the principal kingmakers. With this group was the "Asafoiatse" of Abola , Nii Mankatta, who also doubles as the Ga Mantse Asafoiatse. There were hundreds of priests and priestesses from all the GaDangme states. Some notable and familiar GaDangme individuals included the Paramount Queen Mother of Ada, Rev Gyasi Ankrah (an authority on GaDangme history), Mr Erick Bortey (Former Journalist with GBC) Justice Naa Yaale Sarkodie-Mensah who succeeded the late Justice VCRAC Crabbe as chair of the special committee that went into the Ga Mashi chieftaincy affairs.

Just judging from the array of the people and the personalities present to me at least, it was historic. Historic because such an assemblage of Gadangmes at one place for a common purpose had been rare for years. The beauty, the palpable unity, the mutual trust and respect among all present were sights to behold.

( traditionally called Antrayie) at 4 am of Sunday, when the sacred corn was dispatched on foot through ancient routes to the abode of the Wulomo at Nungua. The sprinkling ended about 6 pm and yet no individual, big or small, left before the Gborbu Wulomo ended the entire ceremony.

Perhaps you would love to visit Nungua on the first Saturday of July to witness the real festival which comes with lots of insight, beauty and splendour.

It's about the rich cultural heritage of the noble Ghanaian.

Content created and supplied by: ElliotB.Bortey (via Opera News )

Children Are Not Commodities To Be Sold In The Market: Let's End Child Labor Now