The Envious Burn in the Fire of Failure and Deprivation

One of the most effective element in advancing and developing in the arena of life is to penetrate the hearts of others hearts and influence them. Those who have the ability to control others' hearts by their maneuverability and noble traits can enjoin the support of the members of society during their advancement in life; hence obtaining the keys to success. Good people are like lights in a society; they shine and lead the thoughts of its members leaving deep effects on their behavior. 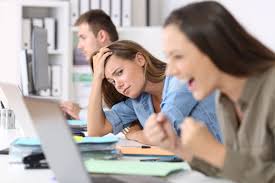 On the other hand, envy causes the destruction of good traits and noble manners, and prevents the hearts of people from allowing valuable spaces for their companions, or to discover the star of love shining in the skies of their lives. Therefore, envy deprives the envious from enjoying the feelings of cooperation and help. Moreover, when the envious manifest their feelings with their tongues or actions, and display the nakedness of their filth to the public, they gain only the waves of hatred and public resentment. The apparent anxiety and deep sadness which he inflicts upon himself by being envious pressures his soul and lights a fire within him that burns his beloved soul. The reason that the soul of the envious burns in the flames of anxiety and restlessness is clear, because the divine sustenance is constantly increasing despite his hopes. He constantly suffers from sadness and pain that overshadow his heart. Envy is like a destructive storm which pulls the trees of morality from their roots in a manner that the envious can find no way to stop. When Cain saw that Abel's sacrifice was accepted rather than his own, he envied him and planned to kill him. Envy had planted its claws in Cain's heart and deprived him of the brotherly and human feelings. It led him to crush his brother's head with a huge rock and drown the holy body with blood. 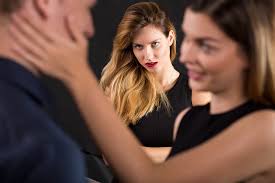 Cain did this for no reason other than the fact that Abel (his brother) had pure intentions and conduct. The quiet universe had witnessed the very first crime of envy as a result of a despicable crime committed by the very son of Adam (A.S.). After Cain had committed this terrible crime, he felt regretful; but the sorrow that Cain experienced never helped him for he felt victim to the reprehension of his conscience for the rest of his life. If Cain had pondered on the realistic and accurate way of thinking, he would have sought the reason for his deprivation of Divine Blessings, for, as the Holy Qur'an says: “Allah only accepts from the pious.” (5:27) According to Schopenhauer: “Envy is the most dangerous of human feelings. So it is necessary that man considers it as his arch enemy, and works to eliminate it from the path of his happiness.” Furthermore, if envy becomes widespread in a society, many unwanted phenomena will appear among people such as arguments, etc. In a society that is full of pain and problems, every individual becomes an obstacle in the way of the happiness of others instead of becoming an element of perfection and social integrity. When envy enters a society, it prevents social salvation, hence the spirit of cooperation, comfort and confidence between the members is eradicated, a matter which leads them to destruction despite their civilization and development. 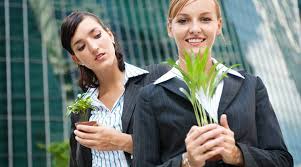 According to Dr. Carl: “Envy is responsible for our stinginess, for it is an obstacle in the way of spreading the achievements of the industrial countries to the Third World.” Envy also prevents many capable people from leading their countries. Most violent crimes which occur these days stem from envy. This becomes apparent with a careful study of social events.