Festival of the dead - Malawi. They believe death is not natural but usually caused by witchcraft 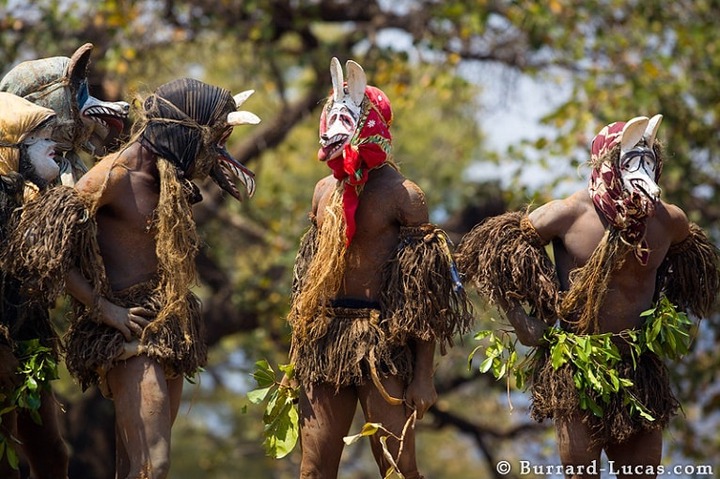 Nyau or Nyao, which means "mask or initiation" is a secret society of the Chewa. The word Nyau is used to refer to a society of people who live in the central and part of the southern regions of Malawi, eastern Zambia, western Mozambique and areas where Malawians migrated from Zimbabwe. Nyau societies operate at the village level but are part of a wider network of similar societies across the region. Chewa is an ethnic group of the Bantu people from Central and Southern Africa. Initiations are separate for men and women, with different knowledge learned and with different ritual roles. Only initiates are considered to be mature and members of the Nyau.

During performances women and children often rush into the houses when a Nyau performer threatens, as the masks are worn by only male members of society and represent male knowledge. Increasing westernization has led to a decrease in the number of people performing in Nyau due to increasing cultural exposure. 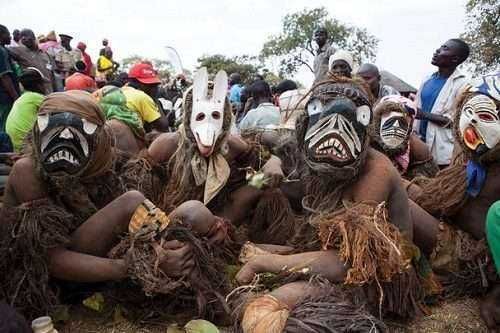 During the burial ceremony of a tribe member, it is customary for the body of the deceased to be washed. The corpse is taken to a sacred place where the cleansing is done by pouring water through the insides of the dead and extracting it through the anterior region. The water is then collected and used to prepare a meal for the whole community as they believe that the dead has been cleaned up.

In the Chewa community, when someone dies, the whole village shows up. This is because most of the time, death is not natural, it is usually caused by witchcraft. It was also reported that such practice of cleansing the dead, serves or helps in the spreading of some infections and deadly diseases. 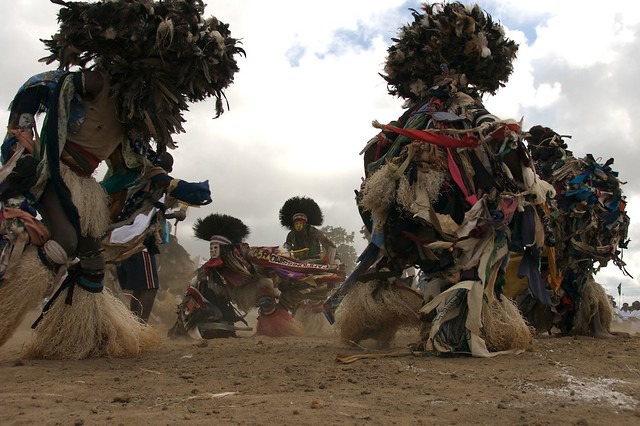 The Chewa people are a matriarchal Bantu-speaking ethnic group living in Central, East and Southern Africa. They are found in Malawi, Mozambique, Zambia, and Zimbabwe. The Chewa are closely related to people in surrounding regions such as the Tumbuka and Nsenga.

They are related to the Nsenga and Tumbuka, as well as the Ngoni, who were of Zulu or Natal/Transvaal origin. An alternative name, often used interchangeably with Chewa, is Nyanja. Their language is called Chichewa, and they are known for their masks and their secret societies.

The Chewa people are a remnant of the Maravi (Malawi) people or empire. They have a population of about 1.5 million in Malawi and neighbouring Zambia. When the name 'Chewa' is mentioned, what often comes to the minds of many people is a masquerade dance known as 'Gule wa mkulu'.