By SamuelPowellNews (self media writer) | 8 months ago

Some youths have been recorded on camera fighting and exchanging words with men in military uniforms. According to GHOne TV, the men in military uniforms are soldiers who were protecting a land belonging to a private individual. It appears the private individual wanted to start a project on the piece of land you see behind the people in the video, however, for some reason the youths don't want to allow him.

Sources indicate that this incident took place at Zamarama Line near Sukura, Greater Accra Region. The military men were seen beating some guys who were trying to be stubborn In allowing them to do their job. At some point in time, one of the military guys was seen squatting and positioning his gun as if he was shooting somebody. This scared the people who came around to watch what was happening and started running away.

However, some of the youths were also seen using pieces of wood to destroy the car the military guys came with. This even made the situation worst as some of the men in military uniform started beating the guys again. 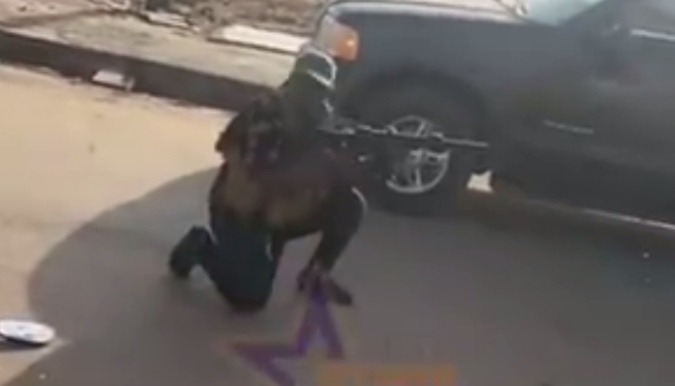 According to GHOne TV, Police in the areas is yet to comment on the matter. As of now, no casualties have been heard from this incident. 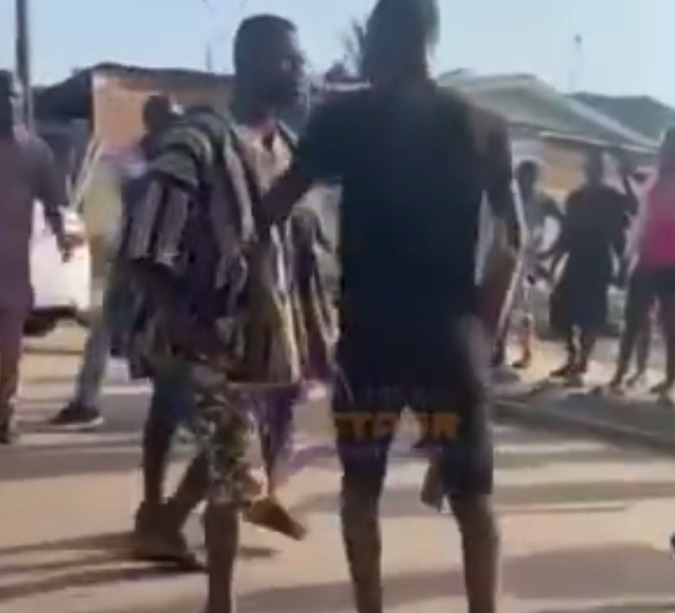 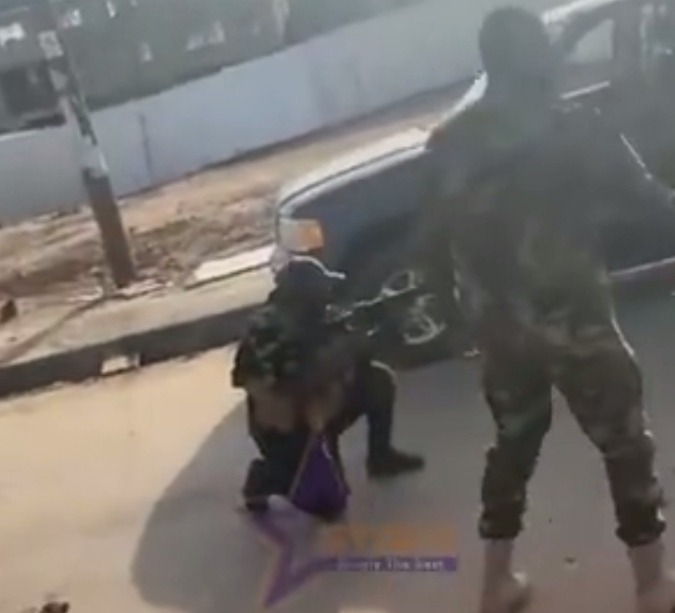 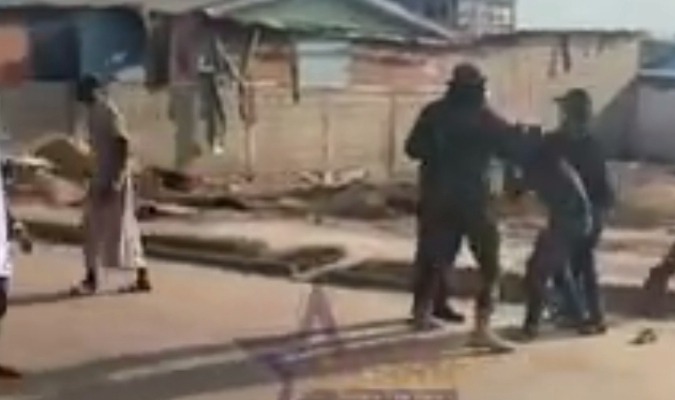