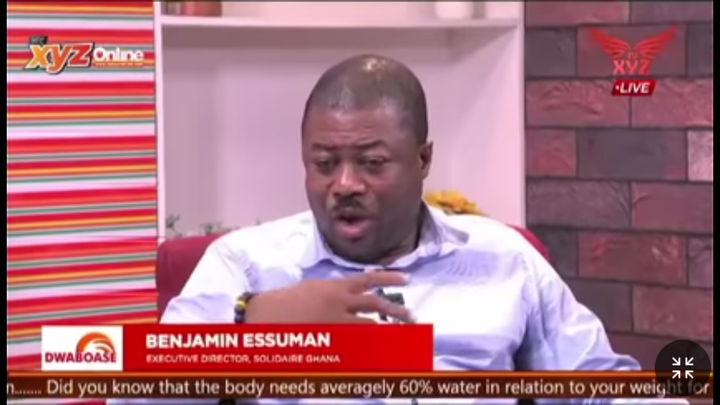 The Executive Director of Solidiare Ghana, Mr. Essuman Benjamin discloses on TV XYZ that Ghana used to have a counter-terrorist unit but George Akuffo Dampare has collapsed the unit.

According to Mr. Essuman Benjamin, when George Akuffo Dampare was appointed to be the Inspector General of Police in the Ghana Police Service, he collapsed the counter-terrorist unit and transferred the director of that unit to a typical village in the Eastern Region as commander.

Mr. Essuman Benjamin in giving details of the director of the counter-terrorist unit, ACP Raymond said that the late Professor John Evans Atta Mills and the National Democratic Congress (NDC) government invested in ACP Raymond and his team to the extent of them traveling to other countries.

Mr. Essuman Benjamin said Professor John Evans Atta Mills and the National Democratic Congress (NDC) government made ACP Raymond and his team travel to other countries just to acquire knowledge about the terrorists and be trained on how to attack them.

The Inspector-General of Police (IGP), George Akuffo Dampare has collapsed the unit and now Ghana has no counter-terrorist unit.