VIDEO: Mamady Doumbouya Finally Agrees To Meet ECOWAS; Check Out How He Arrived At The Meeting

By SamuelPowellNews (self media writer) | 16 days ago

There are clear indications that Colonel Mamady Doumbouya and his military men and women are not afraid of anyone. After the arrest of President Alpha Condé, the Economic Community of West African States (ECOWAS) sent a warning to the Guinean coup leader, Mamady Doumbouya to release President Condé. But he didn't even respond to those warning at all.

A few days later, the President of the Democratic Republic of Congo, President Félix-Antoine also sent a message to Mamady requesting for the release of Alpha Condé. Mamady responded by asking him where he was when their President was manipulating the constitution in order for him to stay in power. Mamady told him to consider the reactions of the citizens before condemning their military coup.

Reports from Guinea indicate that Colonel Mamady Doumbouya has finally agreed to meet the leadership of ECOWAS after several days of request. The soldier arrived at the hotel where the meeting was going to be held in grand style. He storms the venue with so many military men. Looking at the screenshot below, many soldiers surrounded the military vehicle when he arrived at the meeting. 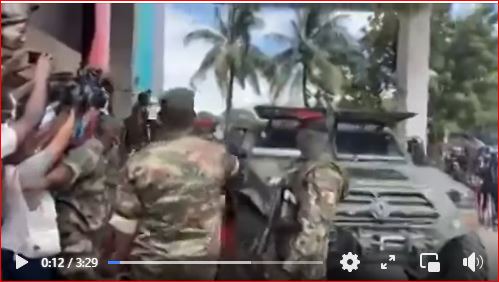 Some of the soldiers formed a queue in front of the media and protected him from any harm from the crowd. Some military men also surrounded him in all directions; front, back and side and side. Others also secured the premises. The military men were heavily armed when they got to this hotel. 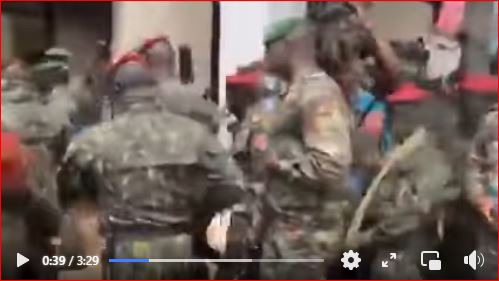 Before Mamady Doumbouya got to the venue, some of his soldiers have already surveyed the area and protected it before his arrival. He use about one minute to got down from the military vehicle and rushed to the building. The security arrangements put up by the military show that they were not ready for any breach in security against their coup leader. 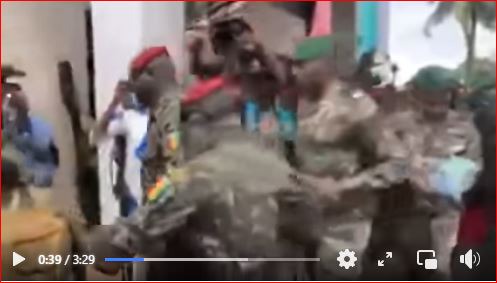 You can also watch the video through this link:

If You have Flat Bum, check out how to Dress

Cancer Of The Stomach Kills: Stop Taking Too Much Of These 3 Things, If You Want To Live Long

Kylian Mbappe does not seem happy because of what Neymar did to him in their previous match.