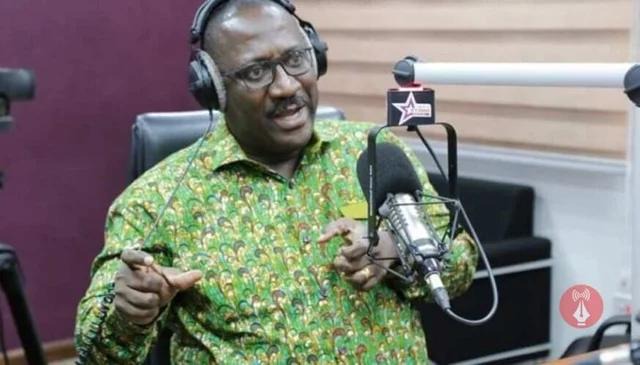 He was appointed less than 24 hours after the National Security Ministry stated on May 21, 2021, that Col. Frank Agyeman had been withdrawn as the Director of operations at the National Security Secretariat, following him and his goon squad of vigilante operatives of the ruling New Patriotic Party (NPP) brutalising Caleb Kudah, the CITI FM journalist who had surreptitiously taken pictures and videos intended to expose a deep cover-up by the Microfinance and Small Loans Centre (MASLOC) for abandoning and leaving to rot dozens of brand new cars bought with state resources.

Col. Agyeman’s new appointment to the notorious “64 Battallion” strikes as curious, particularly after widespread public outcry at the Gestapo-styled violence he personally unleashed on Caleb Kudah and investigations by the Ministry of National Security actually confirming that he misconducted himself by illegally torturing a journalist in his line of duty.

The Ministry in a May 20, 2021 statement said it had tasked a committee to investigate the alleged torture and that the committee “…established that the conduct of Lieutenant Colonel Frank Agyeman (Director of Operations) and some police officers at the Ministry on the said day [that Caleb Kudah was tortured] was inappropriate and contravened the Ministry’s standard operating procedures.”

Countless civil society organisations, pressure groups and the general public condemned the violence meted out at the hapless journalist. Pressure group, Occupy Ghana described the torture as “a bestial culture of impunity, an animalistic disregard for basic human rights and a demonic manifestation of tendencies that have no place even in a holocaust camp.”

The double-talking antics of the Akufo Addo administration with the apparent rewarding of Lt. Col. Agyeman appears to reinforce concerns that the President and his administration condone the violence that had characterised the government in the past four years.

Incidentally, the 64 Battalion were reportedly part of the soldiers who shot and killed unarmed civilians at Techiman South during the tumultuous December 2020 general elections.

Lt. Col. Agyeman is reportedly the darling boy of President Akufo Addo who had in February 2021 appointed him to head Operations at the National Security after he had sacked his predecessor, Colonel Michael Opoku.

Lt. Col. Agyeman’s reputation had fitted perfectly in the brutal shoes of Col. Opoku, who had a few years ago been responsible for the brutal Ayawaso West Wuogon constituency shooting and beating up of unarmed civilians during a by-election there.

Col. Agyeman had simply inherited the goon squad of illegal SWAT operatives stationed at the National Security. Shortly after the Ayawaso shooting incident, the Emile DShort Commission that probed the incident recommended the disbanding of the SWAT team which was made up of former thugs within the Invisible Forces, a ragtag militia group linked to the governing New Patriotic Party (NPP).

On Tuesday, May 11, 2021, Caleb Kudah, was arrested for filming the car park of the Ministry of National Security where scores of saloon cars were imported with public funds by the Microfinance and Small Loans Centre (MASLOC) had been left to rot away.

Whatsup News gathered that Mr. Kudah had actually photographed the cars sometime in 2018 and had made

reference to it again recently on his Facebook page. But the MASLOC had swung into defence, saying the vehicles had been distributed to beneficiaries.

But in his attempt to ascertain the veracity of MASLOC’s claim, Mr. Kodua had sneaked into the car park to verify. He said, contrary to the claim of MASLOC, when he gained access to the location of the parked cars, only a few had been evacuated as a substantial number was still left abandoned as they were in 2018.

Caleb Kudah, who narrated his traumatic ordeal on The

Point of View on Citi TV, said he was detained and interrogated for hours on Tuesday, May 11, 2021, after irate National Security goons had subjected him to sustained beatings and torture.

They snatched his mobile telephone and deleted the video he had captured. However, the security officers realised he had already forwarded copies to another colleague at CITI FM, so on the instruction of Lt. Col. Agyeman, the goon squad raided the radio station with assault weapons in search of one Zoe Abu-Baidoo, a close colleague of Caleb Kudah.

You Looked At This Face And Shot Him, Are You Human?

Do You Have Someone That Puts on Waist Beads? If Yes, Check Out The Meaning Of Each Colour

Hypocrisy or Reverence?; Photo Of Bawumia Bowing Down Before Alban Bagbin Drops Online.