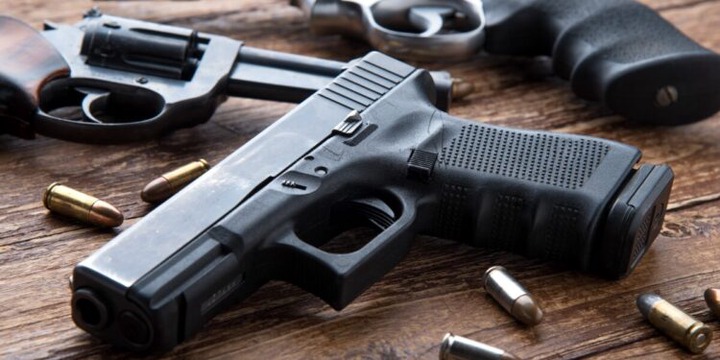 The National Peace Council (NPC) has demanded that citizens return any firearms they may have obtained illegally.

The council believes that such a practice could aid in resolving violent disputes now occurring in the nation, such as the protracted ethnic war in Bawku in the Upper East Region.

It also asked the government to have the "meat" to deal with those who disobeyed laws set in place to stop the proliferation of weapons in the nation.

The Ghana National Commission on Small Arms and Light Weapons should be in charge of the exercise, according to George Amoh, the NPC's Executive Secretary, who made the decision.

He was discussing the best way to put out the flames in hot areas across the nation, like Bawku, in an interview with the Daily Graphic in Accra.

The conversation took place in the shadow of a community discussion on how to manage the nation's ethnic variety for long-term peace.

This year's International Peace Day, which was observed under the subject "End racism: Build peace," was organized by the NPC in cooperation with the United Nations.

The commission on small arms and the security agencies, according to Mr. Amoh, should also be seen to be employing their expert strategies to deal with crime and violence in conflict zones, even though the council is using soft approaches to promote peace, such as dialogue, mediation, and public education.

In addition, he urged the creation of a clear framework for the purchase, use, oversight, and audit of small and light weapons inside the system, emphasizing that "unless we can do it successfully, small arms and weapons will continue to fall into the wrong hands."

Regarding the Bawku issue, Mr. Amoh stated that to give peace a chance, there must be a conscious effort to change the thinking of the locals.

To prevent young people from being exploited as weapons of violence and war, he also urged women to have a more active role in the process of establishing peace.

"To help people divert their attention from the causes of conflict, efforts must be taken to cater to their basic needs." "We might be able to alter them this way," he added.

He said that the Bawku Inter-Ethnic Peace Committee (IEPC) members had been participating in capacity-building programs, as well as discussions with traditional leaders and legislators, as part of the NPC's efforts to end the interethnic strife.

﻿In Bawku, the first significant conflict between the two ethnic groups—the Kusasis and the Mamprusis—arose in 1983 during the Kusasis' Samanpiid Festival, which they observed to celebrate a bountiful crop.

Aiming to bring peace back to Bawku, the Kusasis and Mamprusis formed the Bawku IEPC, which was established in 2009.

But despite the committee's and other stakeholders' efforts to end the ongoing conflict, it still claims lives.