By PatienceHub (self media writer) | 7 months ago

An Air Force helicopter has crash-landed in Kenya, according to reports just coming in.

According to Citizen TV Kenya, it noted that a Kenya Defence Forces (KDF) aircraft has crash-landed at the Ol Tepesi area in Ngong, Kajiado County. 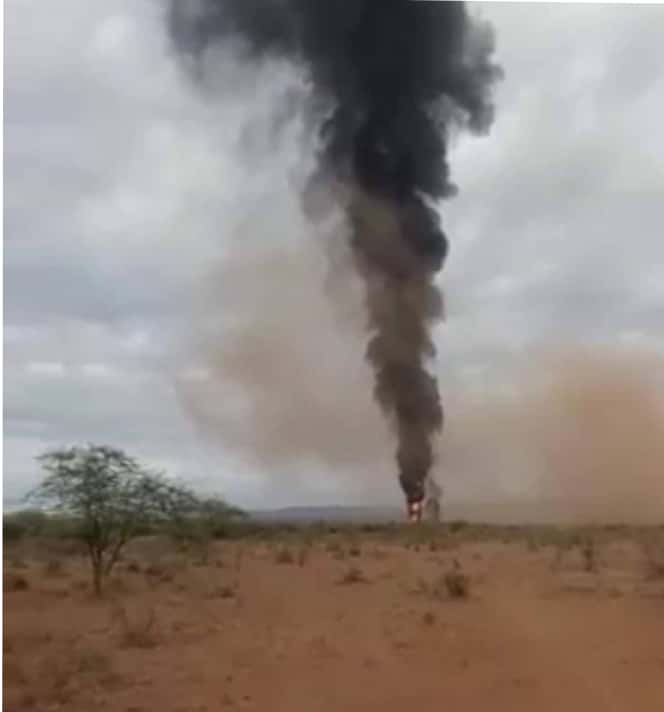 It also noted that the spokesperson for the KDF, Zippora Kioko has confirmed the unfortunate incident in a statement he issued.

Continuing, he said that the ill-fated Air Force aircraft was on a training mission with an unknown numbers of passengers onboard.

In the statement he was quoted as saying that around 0900hrs, a Mi 171e Air Force Helicopter, which was on a training mission crash-landed at the OlTepesi area in Ngong, Kaiiado Count of the country.

The scene of the crashed site of the KDF which was shared online by the news outlet showed a plume of black smoke coming out from the crashed aircraft.

However, rescue effort is underway to find survivors and other victims. More information will be coming as rescue efforts continues.

Content created and supplied by: PatienceHub (via Opera News )

What About Herbs For HIV? (Read)