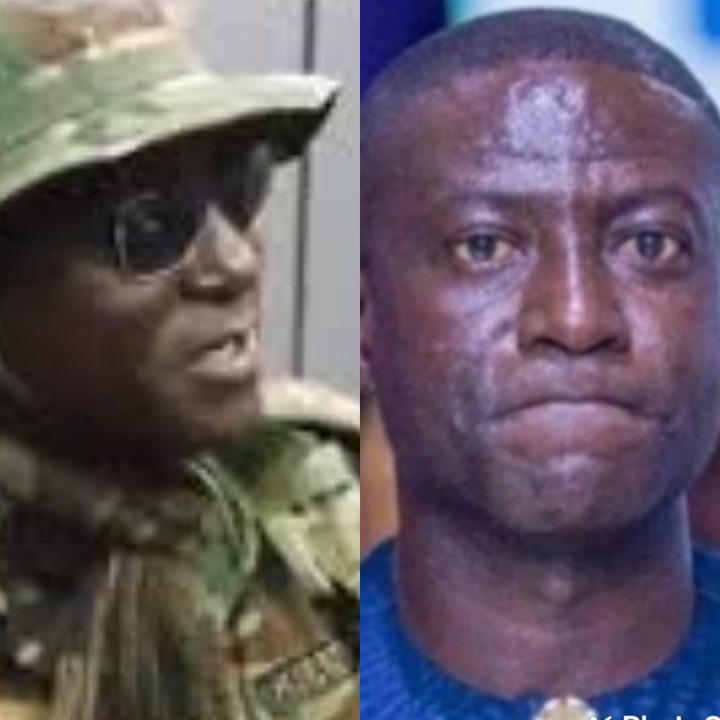 Narrating his own ordeal on Onua TV morning show, Captain Smart personally confirmed the incident and gave explanation about how it all occured when he came face to face with some soldiers at the barracks.

" I had visited my uncle Addo Kufuor at Burma Camp. Upon reaching the gate, the Military man asked of my identity. I boldly replied that I'm Captain Smart. After my introduction, he gave me a high ranking salute offer." Captain Smart explained.

" It didn't end there, all the guards kept saluting me until I reached the door of my uncle Addo Kufuor who was the then Defence Minister" Captain Smart added.

"After our chat, he introduced me to the guards and other soldiers around".

" This is Captain Smart. He is a Captain in radio but not military. He is my niece and a family member" Dr Addo Kufuor reportedly introduced Captain Smart.

According to Captain Smart, that was when his woes started. Immediately the military men got to know that they had given a wrong salute offer, they decided to teach him a lesson.

After his uncle had left, they forced him to unexpectedly salute all of them including acacia trees as punishment for Disguising Himself as a high ranking Military Captain to take salute offer.

I Have Been Wearing Pregnancy Belly Silicon For 9 Months: More Revelations Unfold From The Tadi Lady

New Update : I planned my kidnap with my Mother - Josephine Panyin tells Police.

C/R: 25 year-old boy stabbed to death after a short argument