Fort Coenraadsburg or Conraadsburg, also Fort São Tiago da Mina, is a small Portuguese chapel built in honor of Saint Jago and it is situated opposite the Elmina Castle in the Central region of Ghana.

It was built to protect St. George’s Castle (Elmina Castle) from attacks. Fort Conraadsburg was built in the 1660s. It was built on the site of a fortified chapel that the Portuguese had built and that the Dutch had burned to the ground in the Battle of Elmina (1637). 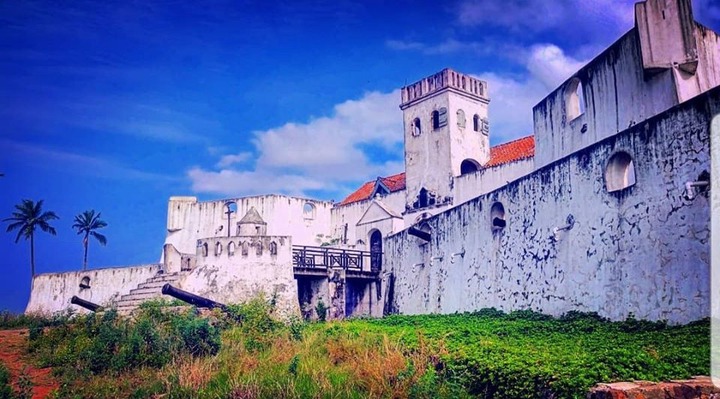 The fort was built mainly for military purposes so it had no commercial warehouses. The fort was well-garrisoned so the Dutch used it as a prison for European convicts and also as a disciplinary institution for their officers who are disobedient to their laws. The Dutch ceded the fort to Britain in 1872, together with the entire Dutch Gold Coast. Before the fort was built, the Dutch used the hill as a gun-position to bombard the Portuguese in the year 1637. To prevent others from doing the same tactic against the Portuguese, the Dutch constructed a fortified earthwork the following year.

Ever since the fort was transferred from the Dutch to the British, they modified the fort for the easy use of it for civilian pursuit. In recent years, the fort has been used as a prison, a hospital, and a rest house. The fort currently in a good condition is used as an inn and a restaurant.