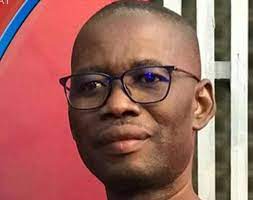 A security expert and main opposition National Democratic Congress(NDC’s) Member of Parliament(MP) for Wa West Constituency in the Upper West Region has described the military situation at Ejura in the Ashanti Region that led to the killing of some two persons and injuring several others as sickening.

The retired police officer, Mr. Peter Lanchene Tobu gave this description of the situation in the Ejura area after the untimely death of an activist of the ‘Fix the Country campaign’, Mohammed Ibrahim Anyass otherwise known as Mohammed Kaaka speaking on Accra-based Neat FM’s morning show hosted by Akwasi Aboagye.

The military last Tuesday, June 29, 2021, indiscriminately fired shots into a crowd of mourners who were on their way to bury the ‘fix the country activist thereby killing two.

According to him, placing the military in internal security matters of the country is dangerous for national security cohesion.

This, he said calls for the depoliticization of the security apparatus of the country.

He said the military is not cut for riot control but the last resort for crowd management is the deployment of the military.

There is nowhere in the world where military men are made to lead crowd management, he emphasized.

There is on where in the world where the military dressed in full military regalia are made to lead crowd management, he said.

‘It is sad this is happening under the watchful eyes of President Nana Addo Dankwa Akufo-Addo, who has over the years touted himself as an astute human rights lawyer.

Nowhere in the world where live bullets are used for crowd control management as well as military deployment in a riotous situation.

He noted that what happened in Ejura during the burial of Mohammed Kakaka can go have spiral effects if care was not taken going forward.

He explained that the will of the people is more powerful than any gun.

Bullets start conflicts but cannot end conflicts, he reminded the security operatives in the country.

With my twenty-five years of policing, I have not seen bullets solved conflict in the world, he averred.

The first Blow to hit the New IGP is pending: Can Dampare stand it?