18 Terrorists Executed By An African Government

By Winnerwriter (self meida writer) | 1 months

Terrorism destroys lives and deprives children and whole nations of safe and prosperous futures. Islamic State seeks new foothold in Africa. After the terrorist organization al Qaeda, now the so-called "Islamic State" is trying to expand its influence in Africa. Military means alone are not enough to fight it. In Somalia, as with most other countries in the region, few such successes can be claimed. 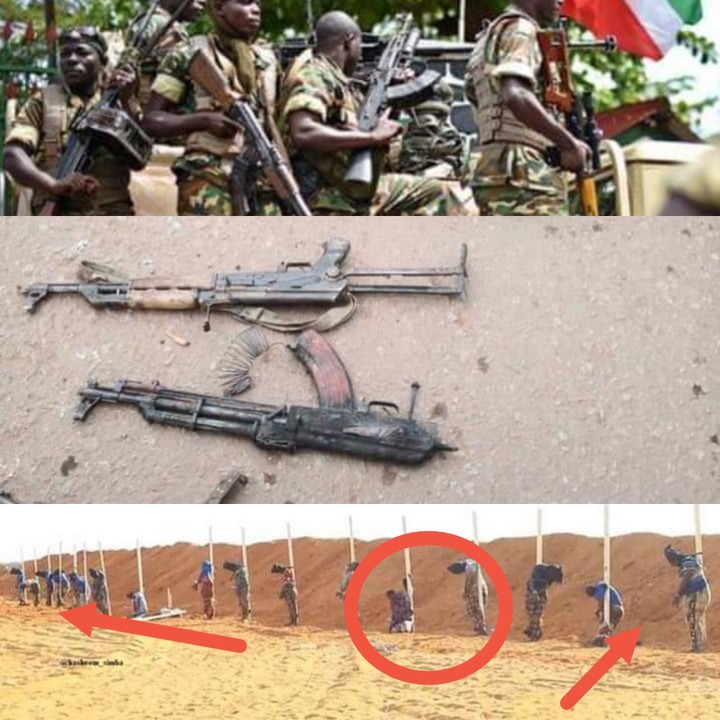 Jihadi forces have established footholds across the Sahel, in Chad, Mali, and indeed Niger. And the prospects of defeating them and neutralizing their ideology are far from good. At the very least, considerable efforts are required from America and other western troops, together with local forces, to rein in jihadism in the region.

That's because the so-called Islamic State (IS) has recently lost large areas that it used to control in Iraq and Syria. Now it's trying to make up for that lost ground elsewhere, including western and eastern Africa.

As reported by African Report Files on their Facebook page, Somalia's Government has executed 18 Alshabab terrorists in who have taken arms against the government. This is the single largest execution of the fighters. The exception took place at Galkayo town. Thy were killed for assassinating community elders, journalists and officers. 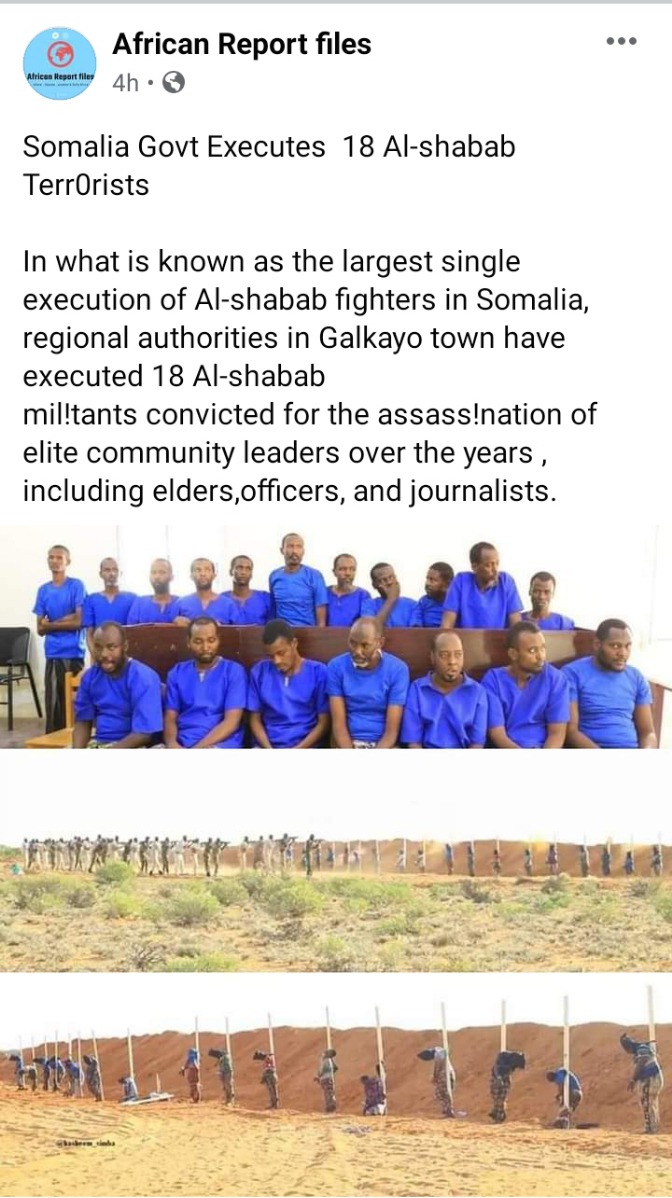 "Why Jail This Boy For 2 Years Because Of GHS20?"-Reactions As This Throwback Picture Pop Up Online