"Why Kneel If He Has No Intention Of Shooting? This Is Difficult To Believe"-Netizens To Commander 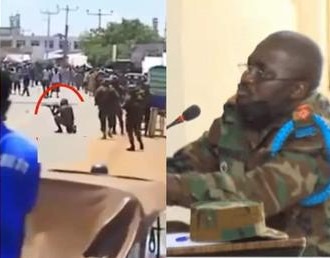 The Ejura shooting of innocent civilians in Ejura last week Tuesday, 29th June 2021 captured some military men getting down of their vehicle and giving warning shoot into the skies. A few seconds after that a military man was captured squatting and aiming his gun at a particular thing or human being. For what he was aiming at, no one can tell because their vehicle was blocking the view of what he was aiming at.

After the incident, it happened that two people were killed as about 9 got injured in the process. A young boy even lost his right leg as a result of this same shooting incident. Many Ghanaians suspected that the soldier who went down on his knees and aimed at something definitely shot one of the protestors. The President of the Republic, His Excellency Nana Addo Dankwa Akufo-Addo, therefore, formed a committee to investigate thoroughly the shooting of innocent souls in Ejura. 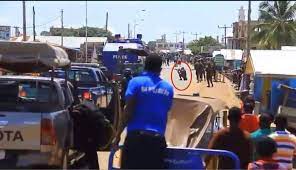 It happened that the Commander in charge at that time, Lt. Col. Kwasi Ware Peprah appeared before the committee today. Answering the question as to why the military man squat or keel in the viral video, he said that it is one of the tactics of the security personnel to disperse the crowd and that he didn't shoot.

Lt. Col. Kwasi Ware Peprah added that only a warning shot was fired in the sky but when his personnel went down, he didn't fire the gun. This has made some Ghanaians react that this is a 'clear' lie, why did he kneel down and aimed at his target if he has no intention of shooting anyone. They argued that Army Commander, Lt. Col. Kwasi Ware Peprah is just covering up for his 'boy'.

Check out the reactions of some Ghanaians below: 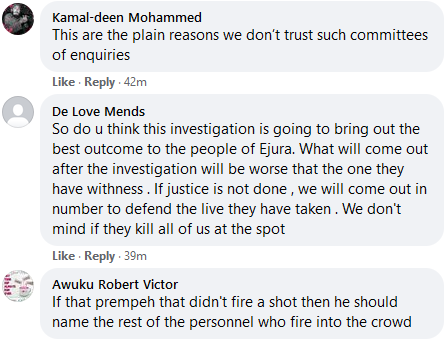 A Facebook user known as Awuku Robert said that "If it is true that he didn't fire a shot then he should name the rest of the personnel who fire into the crowd". 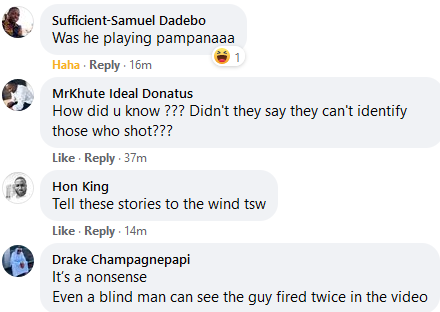 Another Facebook user said that "It's nonsense. Even a blind man can see the guy fired twice in the video".