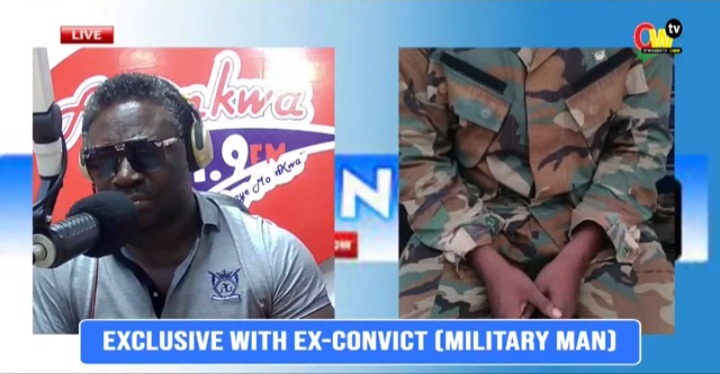 A military Officer who was jailed 30 years for defilement narrates his sad story. According to the officer he entered into the military service in the year 2002 at Tamale. He even got to the fourth rank which is the Corporal. He said it was his dream to become a soldier so after completing High School his uncle who was also a military officer helps him to enter into the military service.

The officer said he has gone through a lot, he was accused of defiling a military Captain's daughter but it was not true. He was also teaching as part job in a certain school and the Captain's daughter who was 16 years old was part of his class. The woman too was his best friend, sometimes he even accompanied her to any place she wanted to go.

Later he noticed that the woman was interested in him but he too recognized the woman as her mother, due to that they became enemies. She had a misunderstanding with her daughter and decided to send the girl back to their hometown. The girl then called the military officer to intervene for her but he was not willing to do that.

The military officer then tried to call the mother but she too didn't answer her phone. Early Sunday morning the police came to his house and arrested him, he asked them the reasons for the arrest, the police men told him that the he has been accused by the girl's mother for defiling her daughter. He was then taken to court and was sentenced to 30 years imprisonment.

Watch the video on the link below: