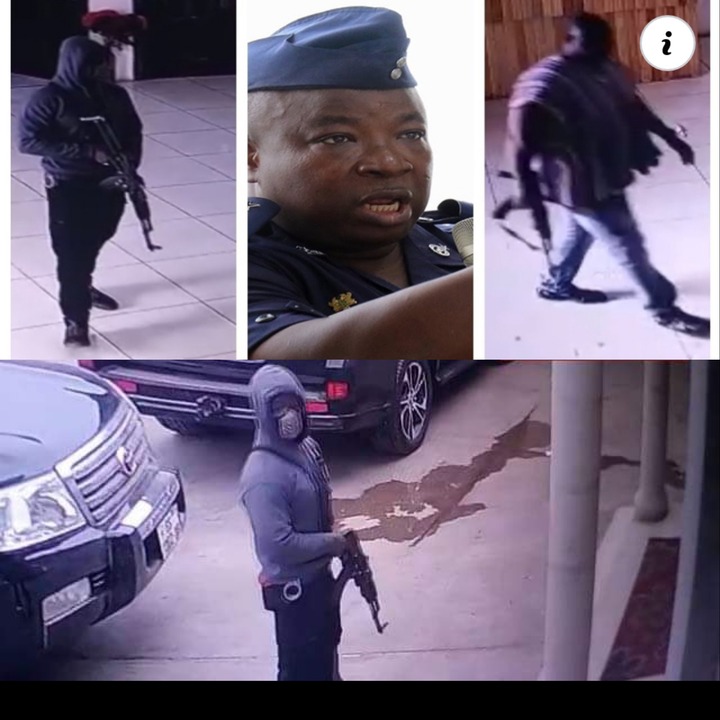 Government is now coming out with explanations to rationalise an operation that took place almost a month ago. This is even due to the fact that, a CCTV footage that captured the exercise, which the supposed operatives were obviously unaware of had been leaked to a media house and have reported same with all the video evidence.

The investigative journalism news portal known as The Fourth Estate, led by Manessah Azure Awuni broke out the story yesterday which was about an armed-robbery look-alike operations of the SWAT team of the National Security outfit in the Western Regional town of Asankragua.

According to the report, masked men raided the premises of the casino in a Rambo style belonging to a Chinese man who was suspected to be engaging in illegal activities.

"The Toyota V8 Land Cruiser had hardly halted inside the Xing-Di casino when the doors and the boot flung open. Five armed men hurriedly disembarked.

One of them, who was in a hoodie, rushed to secure the main gate before returning to join his colleagues. He was wielding an AK-47 assault rifle. He sported his trousers the “Ottophista” way—the deliberate sagging of trousers—exposing his boxer shorts". The Fourth Estate narrated.

Save for the Fourth Estate's report, the government has not found it prudent to put publicly what has transpired since the incident happened. It was not a secret operation, it happens in the full glare of the public. The security personals within the district who were not aware of the operation got entangled in the cross fire leading to the mishandling of some immigration officers.

Now, to save face, some government officials have begun a posting to explained what took place that day. Justifying the actions of the National Security.

The modus operandi of the National Security has been questioned severally by policy watchers and have condemned how they subject innocent citizens to inhumane treatment during arrest.

No one can accept this post facto rationalisation from government. They should have been proactive if they believe it was a lawful duty being undertaking in the National interest.