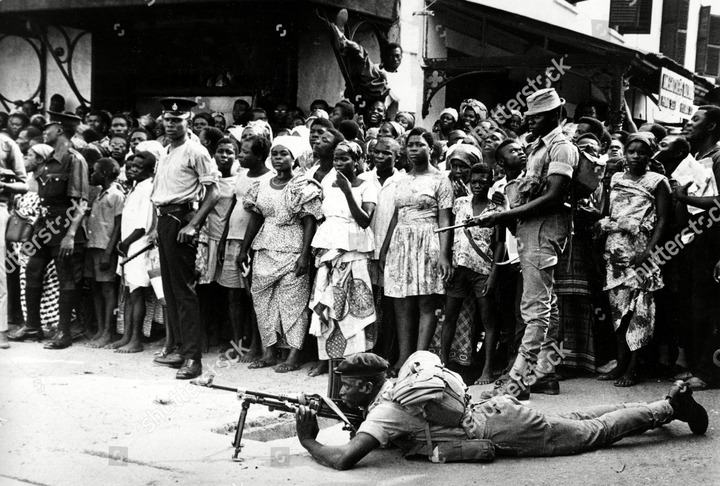 1. Rear Admiral Amedome who was the Navy Commander was charged with collecting 50,000 cedis loan.

2. General Okatakyie Amankwa Afrifa, a Head of state between 1968-1969 was cowardly dragged from his farm in Mampong and executed.

3. General FWK Akuffo, Head of state 1978-79; the soft spoken and elegant soldier who sought refuge in the house of the Archbishop of Accra who in turn pleaded for mercy, but it fell on deaf ears as Jerry John was hellbent on revenge for his "impending execution".

4. General Kotei, deputy Head of State and Chief of Defence Staff who had earlier resigned from the regime returned from London on the 3rd of June only for the coup to happen on the 4th and so became a casualty.

5. Air Vice Marshall Yaw Boakye, the Air Force commander; a gentleman par excellence was also killed even though he aided Jerry John to pass his exam to become a Flight Lieutenant. Yes! Rawlings had failed twice in previous examinations but he [Boakye] wasn't spared even though J.J himself referred to him as godfather. How tragic! He even pleaded "take all I have and Spare my life" but men like Commander Apaloo refused.

6. The youngest of the lot, 38-year old Colonel Roger Felli, Commissioner for Foreign Affairs and a right hand man of General Acheampong was in his hometown in Navorongo when the coup happened. He had the chance to cross the border to Burkina Faso but he declined on the basis that he was innocent. He came to Accra and handed himself only to fall into the hands of the Kangaroo Court of the AFRC.

It's also worthy to note that, on the 4th of June 1979, General Odartey Wellington, the then Army Commander had been gunned down on the streets of Nima. Colonel Emmanuel Enningful who was a lawyer and commander of the Support Services and Chairman of the Military Tribunal had been executed with his wife at their home; in front of their children.

This is the unaltered account which is factful and which should be told to the peace loving people of Ghana!

May the souls of the Generals live on in peace! God bless our homeland, Ghana.