By Nyawvero (self meida writer) | 17 days 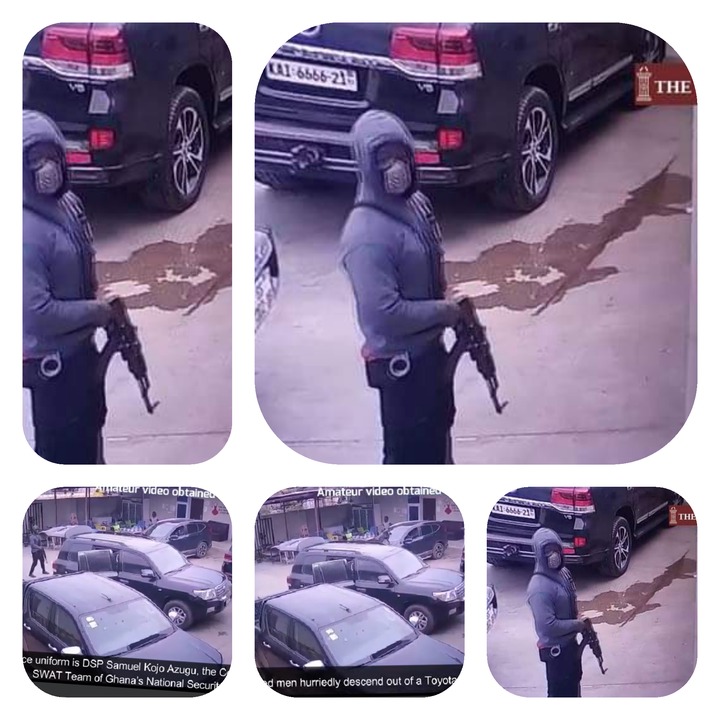 Some of the things happening now in this beautiful country of ours look like a dream, but sadly not, it’s the reality, interestingly Alleged National security operatives cause stir in a video circulating online as they look like armed robbers seems the aren't uniformed to make it easily for identification.

Sincerely if you see them in your compound and you're armed, you might mistake them for an armed robbers and shoot at them. But they're not.

The video the scenes look very scary as if it's an action move as team of Nation Security Operatives alleged to have been led by DSP Azugu who "rampage" in Asankragua in the Western Region, in Toyota V8 Land Cruiser had hardly halted inside the Xing-Di casino when the doors and the boot flung open as five armed men hurriedly disembarked and harassing innocent people on the scene. 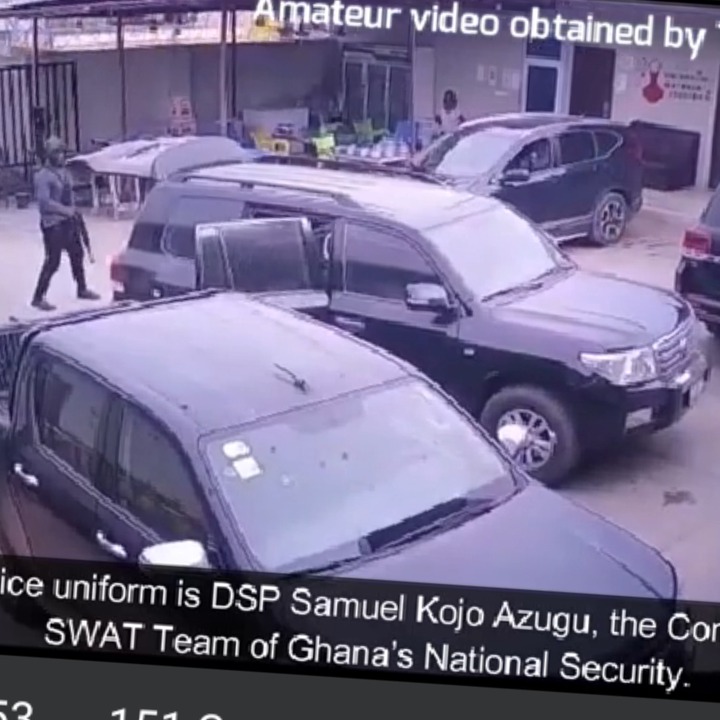 One of them, who was in a hoodie, rushed to secure the main gate before returning to join his colleagues. He was wielding an AK-47 assault rifle. He sported his trousers the "Ottophista" way, the deliberate sagging of trousers exposing his boxer shorts. Two other men in smocks, one lanky, the other bulky—both made mighty by their gun-induced confidence, roamed around the reception area of the casino. 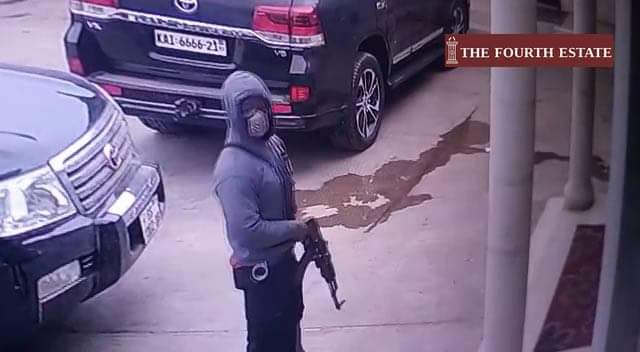 Their menacing movement paralysed the casino staff with fear as the operatives targeted the CCTV cameras in the guest house that shares the same compound with the casino.

According to a freelance journalist having worked with Multimedia Group Limited for some time in the past, who currently works with the Fourth Estate, Manasseh Azure Awuni to whom the video is sources and obtained is on record to have said the men are civilians, armed by the state and exercises the power of security forces. They allegedly destroyed the CCTV cameras and seized the recordings in one of the control rooms as their arrival was captured.

Seems we are at war, how can you burst into someone office with guys and other weapons?

How To Get Pregnant Using Local Herbs Without Any Fault

Her Beauty is a Triple Joy, Endowed with the Chest and Huge Backside, Meet Myesha Boulto (Photos).