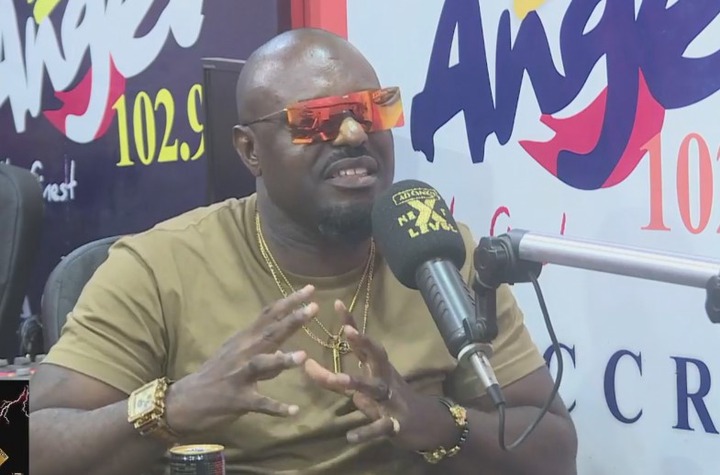 Popular Nigerian actor, Jim Iyk has recounted how he was almost caught by an Army General in a woman’s room. According to him, the Army General was a father to his girlfriend in his days at the University, who mysteriously stormed the daughter’s room while he was still having fun with her.

Jim Iyk remarked that the encounter is one he would never forget, adding that the only place he had to hide and avoid being caught by the Army General, was to lay beneath the bed of the girlfriend. He said that there was every reason for him to fear the dad as it was at an odd hour he came to the house.

In an interview with Quophi Okyeame on Angel FM’s entertainment show, Jim Iyk said he suspected the girlfriend’s dad [Army General] of having being tipped off about his presence, adding that they never suspected his return to the house at such an hour. He disclosed that the Army General was due for an assignment in the UK but made a quick turn to the daughter’s room only to warn her about something they have long been doing.

Jim Iyk added that he had to hold the breath lest he laughed and exposed himself to the dad who was probably suspicious about the presence of a man in the daughter’s room.

“And he normally doesn’t step into her room but that day he came and knocked the door entered and was talking to her. He was going away to the UK. So, they were having this real daughter-father conversation and I was under the bed trying to hold my breath from laughing.

“He was asking- are you a virgin? He was telling her not to do exactly what we have been doing on that bed,” he elaborated.

Jim Iyk indicated that he has sworn not to fall for that behaviour when he escaped that situation. This account was provoked by a question by Quophi Okyeami about her worse sexual experience.