Though there has been several Coup attempts and successful ones in many African countries but due to the emergence of Democracy, little did we know that these kind of things will still happen. It is no news to the world that, the country Guinea is suffering from a Coup D'etat. Some African leaders were very autocratic until they died for their relatives to take over but we never heard something like Coup D'etat. Guinea's Coup has surprised a lot of people across the world. In September 5, 2021 Colonel Mamadi Doumbouya and his squad took over the City by overthrowing the incumbent president Alpha Conde. 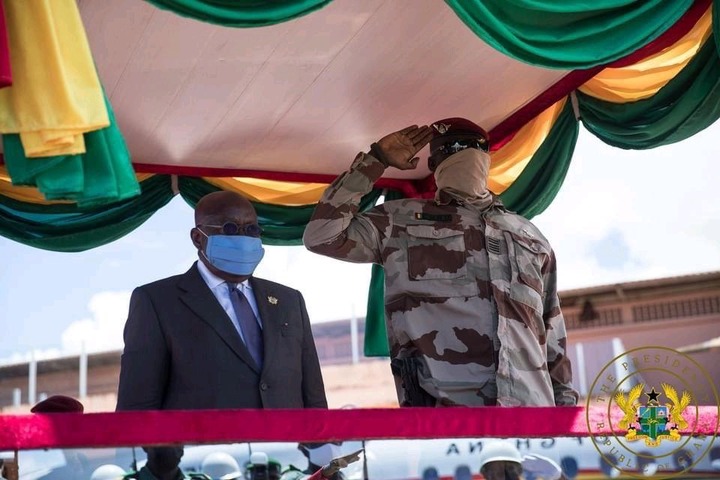 After the capture, it was believed that the president will surrender by writing resignation letter but nothing of the sort has happened. He is still at the camp of the military. The president of the Republic of Ghana, who doubles as the Chairperson of ECOWAS upon hearing the news expressed zero tolerance over it. He urged the military to bring things under control. He also managed to meet the various West African Head of states to discuss about the issue. 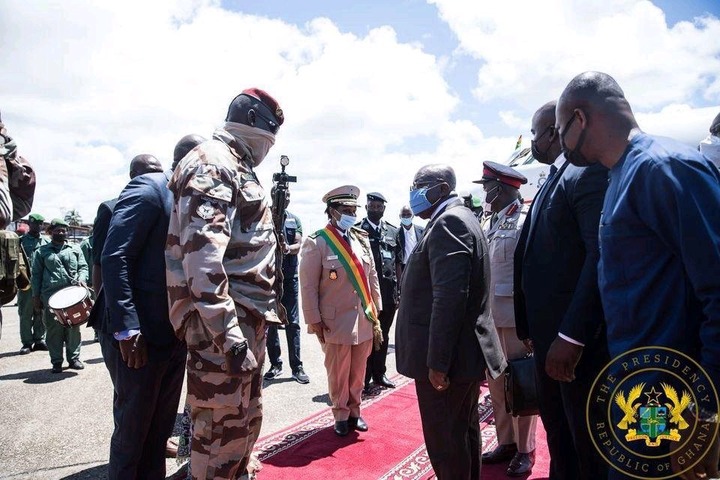 As if that was enough, he and the president of Republic of C'ote D'ivoire Alassane Ouatara flew to Guinea to meet the military under the leadership of Mamadi. They purposely visited to have a talk as far as the issue is concerned. According to the post he shared on his social media handles, he is doing all he could as a Chairperson to calm nerves down.

"I am currently in Guinea, in my capacity as chairperson of the ECOWAS Authority, with the president of C'ote D'Ivoire, H.E. Alassane Ouattara, to hold talks with the military leadership in Guinea led by Col. Mamadi Doumbouya, centering largely on the fate of President Alpha Conde", he wrote.

On a more serious note, the president must be commended for following Guinea ever since the sudden incident happened. He has truly exhibited his leadership and tackled the issue exactly as it should be. He also thought of his colleague Alpha Conde and has tried his possible best for him to be released for peace to prevail. 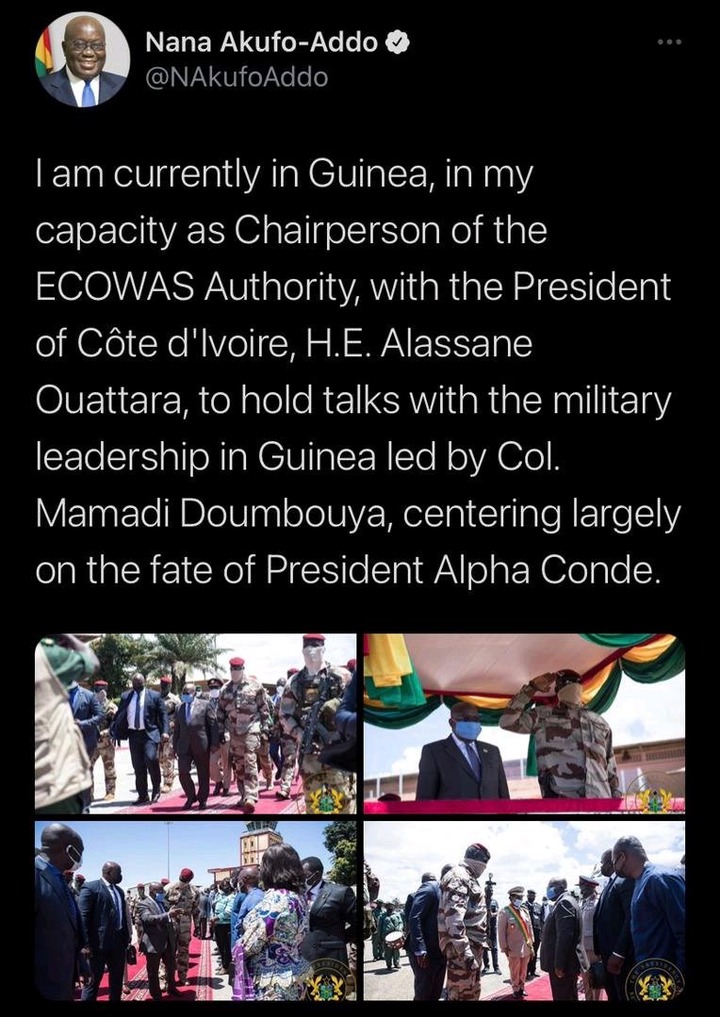