By Jeraivans (self media writer) | 4 months ago

"Without a doubt, it's important.

What we're currently witnessing gives us great hope "At a press conference in Hawaii, Austin said.

Lyman served as a supply and transportation hub for Russia's activities in the Donetsk region's north.

Since a quick counteroffensive in the northeastern Kharkiv region last month, the capture of this position represents Ukraine's greatest battlefield victory.

As the Kremlin pursues its more than seven-month-long invasion of Ukraine, Austin highlighted that Lyman was positioned across supply lines that Russia has used to drive its troops and equipment down to the south and to the west.

"It will be harder without those routes as well.

So looking ahead, that sort of puts the Russians in a bind "explained Austin.

And we believe the Ukrainians have done fantastic work in reaching the city and starting to occupy it.

Ramzan Kadyrov, the head of Russia's southern Chechnya province, and other Putin backers are enraged by Ukraine's recent victories and have demanded "more severe measures," including the use of low-yield nuclear weapons.

Just one day prior to the takeover, Putin declared the annexation of four Ukrainian provinces, including Donetsk, the location of Lyman, and placed them under his country's nuclear protection.

The declaration of Russian sovereignty over 15% of Ukraine was roundly condemned as unlawful by both Ukraine and Western nations.

Austin remained silent regarding the possibility that Russia would escalate as a result of Ukraine's takeover of Lyman, despite the fact that U.S. officials have widely criticized Russia's recent nuclear rhetoric.

"I won't make any assumptions about what that could indicate in terms of potential escalation.

However, it does indicate that the Ukrainians are still making advances on the battlefield "added Austin.

"The Russians are still faced with issues that they must address.

Again, what we are witnessing should inspire us all."

During Russia's invasion of Ukraine, Ukrainian soldiers in the frontline city of Lyman, Donetsk area, stand atop a tank. 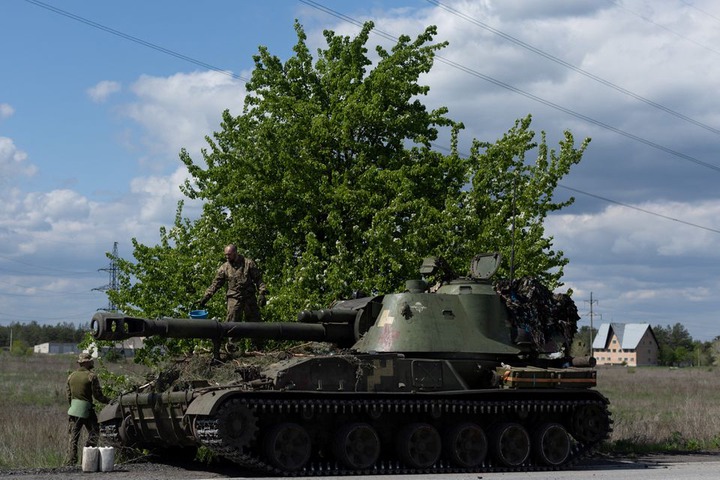 Content created and supplied by: Jeraivans (via Opera News )