By BCoffie (self media writer) | 3 months ago As the French president observes a "deep change in the nature of this war," Kyiv presses its military and diplomatic priorities.

Following the worst Russian missile attack on Ukrainian cities since the beginning of the war, Volodymyr Zelenskiy will speak to the G7 leaders on Tuesday to seek a significant boost in their military and diplomatic support.

The attack, which involved cruise missiles and armed drones raining down on playgrounds, parks, power plants, and other civilian targets, was dubbed "a major transformation in the nature of this conflict" by French President Emmanuel Macron.

Zelensky will be pleading for an equally significant shift in western support when he addresses a fictitious G7 summit on Tuesday. Kyiv claims that the west has consistently lagged behind Ukraine's demands to defend its territory and people.

The president of Ukraine will state, "We are dealing with terrorists." "People and the energy infrastructure are their two main priorities."

Zelenskiy will emphasize anti-aircraft systems and reiterate the ongoing call for longer-range missiles in his wish list. Ukraine wants Russia to be isolated in a UN general assembly debate starting on Monday and for Russia to be named a state sponsor of terrorism. The assembly will discuss what the UK ambassador to the UN, Barbara Woodward, called "the largest forcible annexation attempt since the Second World War," i.e., Russia's territorial grab in the east and south of Ukraine. 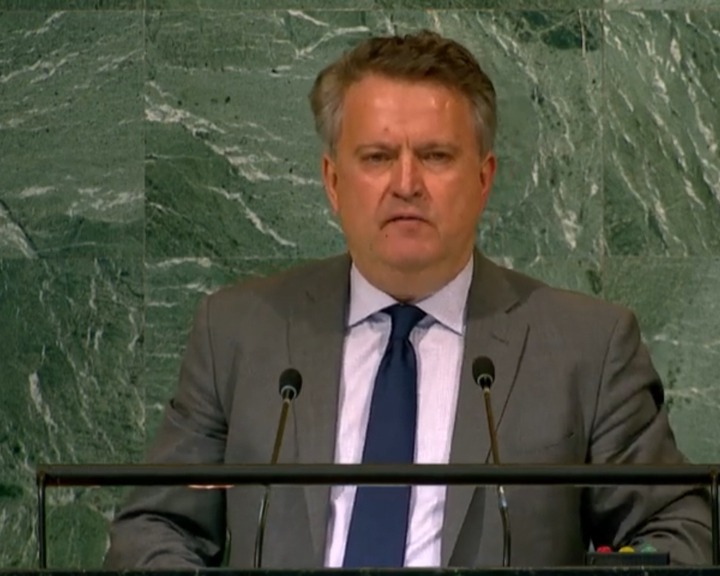 According to a representative for António Guterres, the UN secretary general, he was "deeply disturbed" by the attacks. The statement continued, "Civilians are paying the biggest price as always in this unacceptable escalation of the war."

As the discussion in the assembly got underway, Sergiy Kyslytsya, the Ukrainian ambassador to the UN, said: "The Russian delegation approaches the general assembly leaving a trail of blood, and the hall is filled with the stench of smoking human flesh."

Russia tried to amend the rules so that a resolution denouncing their annexation would be decided by secret ballot, but it was soundly defeated in each vote. Germany stated on Monday that it will expedite the shipment of an Iris-T infrared-guided air defense system and that the first of four batteries would arrive soon. Two National Advanced Surface-to-Air Missile Systems (Nasams), which the US pledged to provide in July, should be delivered soon, a US defense official told the Washington Post. In the meantime, Estonia was working on legislation that would declare Russia a state sponsor of terrorism.

After speaking with Joe Biden, Zelenskiy tweeted: "Air defense is currently our defense cooperation's top priority. Along with supporting the G7's firm stance and our resolution to the UN general assembly, we also need US leadership.

The White House said in a statement that Biden "pledged to continue providing Ukraine with the support needed to protect itself, including cutting-edge air defense systems" after their talk.

It was unclear at first if he was referring to the Nasams who had already made their promises. Zelenskiy had already been promised "of the solidarity of Germany and the other G7 states" by German chancellor Olaf Scholz.

The virtual summit on Tuesday will be held in Germany, which currently holds the presidency of the group of wealthy industrialized democracies. "Germany will do everything in its ability to mobilize extra aid and, in particular, to help repair and restore [Ukraine's] damaged and destroyed civilian infrastructure, like as the electricity and heating supply," said Steffen Hebestreit, a spokesman for the German government, on Monday.

According to Zelenskiy, more than 100 rockets were fired into Ukrainian cities, with Ukrainian air defense batteries intercepting more than half of them.

A play park and pedestrian bridge, both popular tourist destinations in Kyiv, were among the civilian targets struck by those who managed to get past Ukrainian defenses. Other cities attacked included Lviv, Ternópil, and Dnipro, as well as Zaporizhzhia, where residential areas were bombed for a third consecutive night. According to reports, at least 14 people have died and numerous others have been hurt. 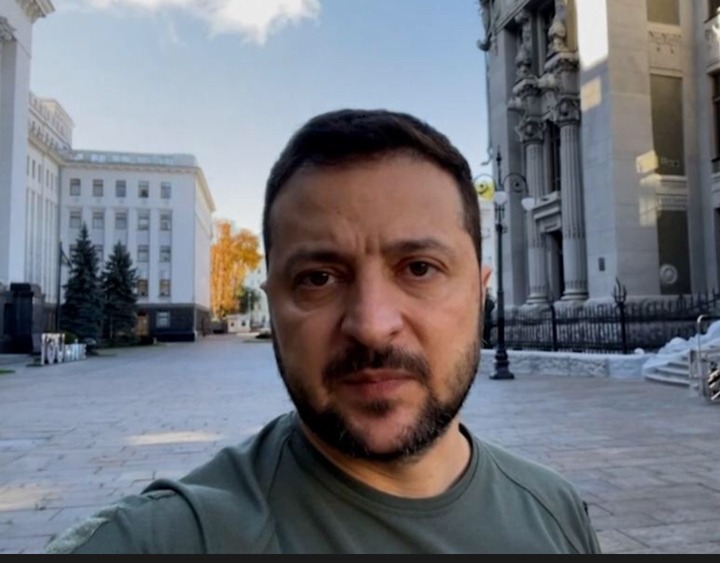 In response to a blast on Saturday that damaged the Kerch bridge connecting Russia to the Crimean peninsula, which was annexed from Ukraine in 2014, Vladimir Putin claimed that missile strikes from warships, strategic bombers, and Iranian-made drones were launched in retaliation. He also threatened to launch even more "severe retaliation" in the event that additional Ukrainian attacks were launched.

Let there be no mistake, Putin warned in televised remarks to his security council, "If terrorist assault efforts persist, Russia will respond severely."

However, according to Ukrainian intelligence, Russian planning for the assaults on cities and infrastructure started on October 2 when long-range bomber units received orders to get ready.

Seven Tu-160 supersonic strategic bombers had reportedly been transported to the "Olenya" airport south of Murmansk to be armed with the cruise missiles launched against Kyiv and other towns, according to the major intelligence division of the defence ministry. In addition, it stated that 40 Kalibr sea-launched cruise missiles were stationed off the Crimean coast on six vessels. As winter approaches, it was intended to damage thermal power plants while also inciting fear among the populace and intimidating Europe.

The leaders of the West pledged that the attacks on civilian targets would only strengthen their support.

A few hours after the attack, US ambassador to Ukraine Bridget Brink met Zelenskiy and his chief of staff, Andriy Yermak, at the president's office. US secretary of state Antony Blinken also spoke to Dmytro Kuleba over the phone.

Additionally, Zelenskiy met with Liz Truss, the prime minister of the United Kingdom, and stated that Ukraine relied on British leadership "in unifying international political and defense support for Ukraine, in particular on the security of our skies."

No one wants peace more than Ukraine, Truss is anticipated to say in her address to the G7 on Tuesday. And on our end, we must remain steadfast in our determination to support them in winning it. The chief of the British espionage agency GCHQ, Jeremy Fleming, is anticipated to claim on Tuesday that Putin had made "strategic errors in judgment" while shielded from internal criticism.

The Ukrainian government will concentrate its diplomatic efforts on achieving the greatest possible demonstration of Russian isolation at the Unga, where several nations from the global south have so far abstained, and on pursuing Moscow's terrorist designation.

Different legal ramifications will result from a government designating Russia as a terrorist state. The US designates North Korea, Iran, Syria, and Cuba as state sponsors of terrorism. The Biden administration has resisted applying such a designation to Russia, despite some congressional pressure to do so. Some claim that doing so would be ineffective.

According to a Ukrainian source, "Russia is using the tactics of Nazi Germany, which mercilessly bombed European cities during the Second World War — London, Coventry, Gdask, and many others." "The Russian Federation has demonstrated that it is a terrorist state that fights not with the Ukrainian army, but with peaceful citizens," the source continued.

Although there are currently few signs of any meaningful cracks in the anti-Putin coalition, Ukraine is concerned that Russia is attempting to set up circumstances by the start of the G20 summit in Bali in mid-November where western countries will press Kyiv to begin negotiations on terms that are favorable to Moscow.

Content created and supplied by: BCoffie (via Opera News )