By Still_Unbeatable (self meida writer) | 25 days

The nation is still debating over why the military had to resort to live ammunitions to deter protestors in Ejura. At the end of the clash, 2 people were killed adding up to tensions that had flared after the death of Ibrahim Mohammed, popularly called Kaaka Macho. 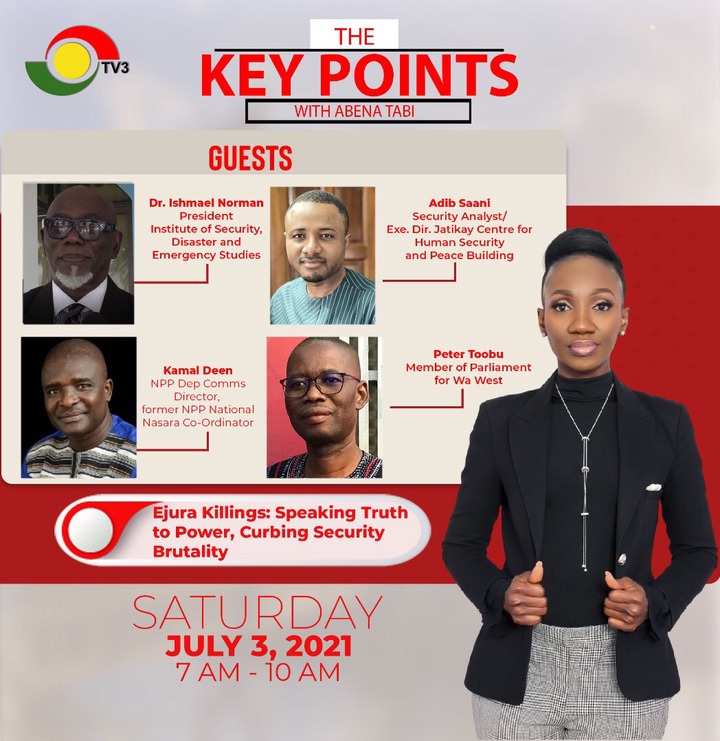 Dr. Ismael Norman, the President of the Institute of security, Disaster and Emergency Studies, Kamal Deen, an NPP Deputy Director of Communications and Adib Saani, a Security joined Abena Tabi, today, Saturday, July 3, 2021 on TV3’s ‘The Key Points’. They discussed the killings of Ejura and the repercussions.

According to Dr. Norman, the Ashanti Regional Minister should be the top person held responsible for the events at Ejura. He noted that as long as the regional minister had taken responsibility of the deployments of the military, he is also responsible for the aftermath. As he explained, Kamal Deen interrupted and insisted that the Regional Minister had acknowledged that he did the deployment but this does not mean he has to take the blame for what happened. 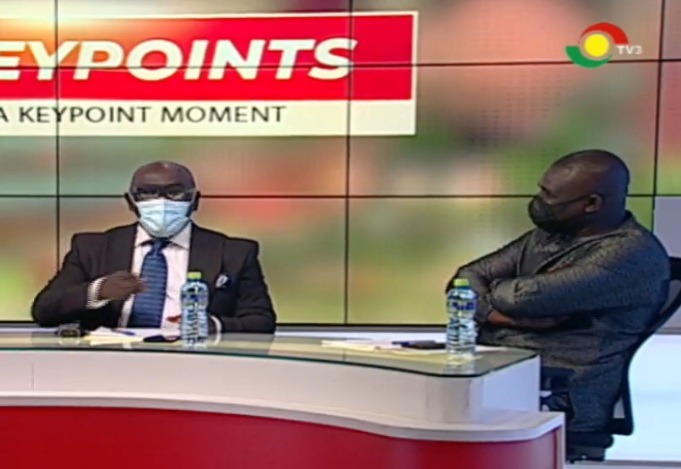 According to Kamal Deen, the host and Dr. Norman are only extending the conversation and blaming the Regional Minister because he did the deployment. As he explained, Dr. Norman tapped him and told him that he shouldn’t try to defend his party because truth is truth and no one should cover it.

“It is a simple thing. I detail you to do this, everything that you do after that detail you are held responsible. I don’t think we should talk party defensing because we belong to the same party. We do. But am telling you the truth is the truth and virtue is actually indefensible. He gave the order, consequently anything that follows the order is his responsibility. That’s abuse of power” Dr. Norman explained