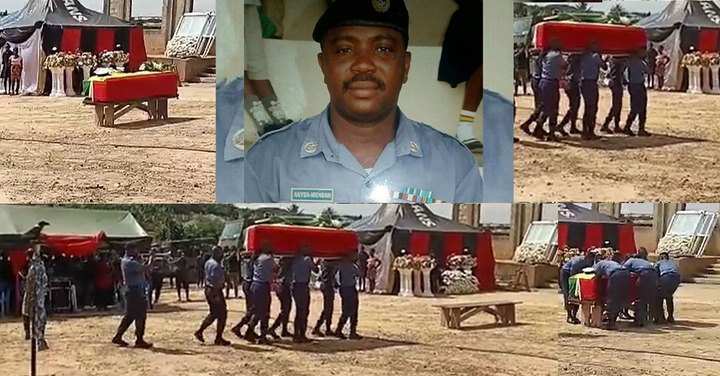 On the shoulders of six naval officers was a coffin covered with the red, gold, and green colors of the flag of Ghana. They moved majestically in a very solemn manner to the funeral grounds where mourners were waiting in their red and black funeral dresses to pay their last respect to another departed officer.

The six naval officers lowered the coffin and dropped it on a table that was placed in the middle of the funeral center. The coffin was containing the body of fleet officer Robert Akyea Mensah who was a staff of the Ghana Navy. He met his untimely death after complaining of a short illness and his final journey to eternity has begun. 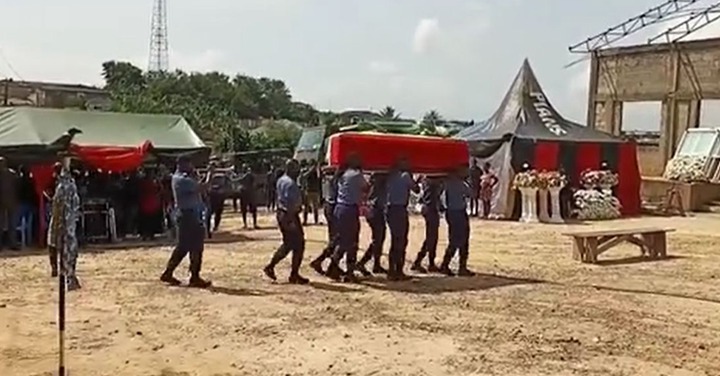 Friends, family members, and sympathizers could not hold on to their tears when his body was positioned for people to file past it. Even though he was a naval officer, members of the community had a cordial relationship with him and his sudden death took all of them by surprise. His colleague officers who were present to pay their last respect described him as a hard-working officer who was always ready for the job at any time he is called to duty. 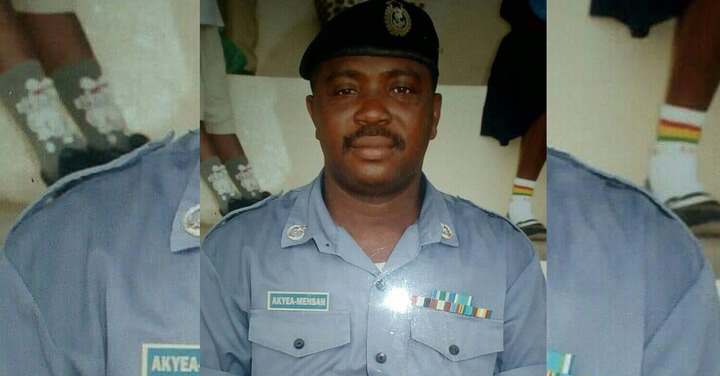 The assembly member for the Komfueku electoral area in the Shama District of the Western Region who posted the funeral and the related images on his Facebook page described the late naval officer as a close associate who was always available for him. There was never a sad moment between the two and the death of the naval officer has taken him by surprise. He never anticipated that such a day will come when he will bid his bosom friend a final goodbye from the world. 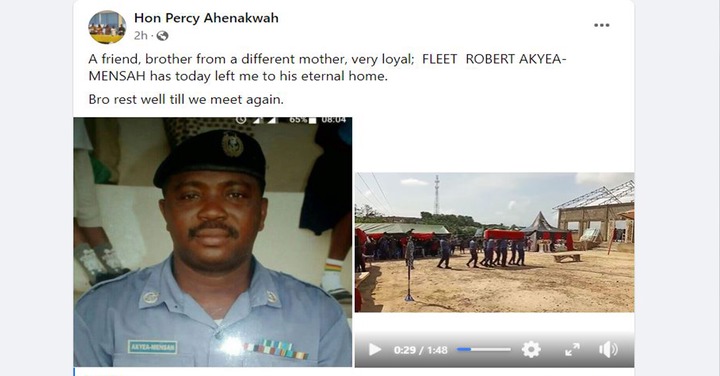 His colleague naval officers later conveyed the coffin containing the body to the cemetery for final burial. Fleet officer Robert Akyea Mensah was one of the promising men in the Navy. He has over the years moved through the ranks to become a senior officer who was an inspiration to many junior officers but death has reduced everything to ground zero. May his soul rest in perfect peace