The most secured place in the world

By rizennews (self media writer) | 16 days ago 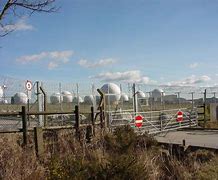 The most secure place in the world is a highly debated topic, as there are many different factors that contribute to the overall security of a location. Some people might argue that a top-secret military base or a high-security prison is the most secure place in the world, while others might argue that a fortified underground bunker or a remote island is the ultimate safe haven.

One location that is often considered to be one of the most secure places in the world is Area 51, a highly-classified United States Air Force testing and training facility located in the Nevada desert. The base has been the subject of numerous conspiracy theories and is said to be the location where the U.S. government keeps captured UFOs and other advanced technology.

The facility is heavily guarded by both air and ground forces, and access to the base is strictly controlled. It is also equipped with advanced surveillance technology, including radar and satellite systems, as well as multiple layers of perimeter fencing.

Another location that is often considered to be one of the most secure places in the world is the Federal Reserve Bank of New York. This highly-guarded facility is responsible for storing and protecting the United States' gold reserves, as well as other important assets such as currency and government securities.

The bank's vault is located 80 feet below street level and is made of steel-reinforced concrete. The vault door is said to be the thickest and heaviest in the world, weighing in at over 90 tons. The bank's security measures include armed guards, surveillance cameras, and biometric identification systems.

Another highly secure location is the Svalbard Global Seed Vault, located in Norway. The vault was created to protect the world's food supply by storing seeds from crop plants in a secure and safe location. The vault is built into a mountain, with thick walls and a special air-conditioning system to protect the seeds from the elements. The vault also has a backup generator, so it can continue to operate even if the power goes out.

In conclusion, the most secure place in the world is a highly debated topic and it can vary based on the criteria used to define it. Some of the places that are often considered to be the most secure include top-secret military bases, high-security prisons, fortified underground bunkers, and remote islands. However, some of the most secure places are also those that are designed to protect crucial assets such as food supply, currency and government securities. These facilities have advanced surveillance technology, multiple layers of perimeter fencing, armed guards and biometric identification systems. Ultimately, the most secure place in the world is likely to be a location that is specifically designed and built to protect against a wide range of potential threats, both natural and man-made.

Content created and supplied by: rizennews (via Opera News )