By ProsperAgbenyega (self media writer) | 22 days ago 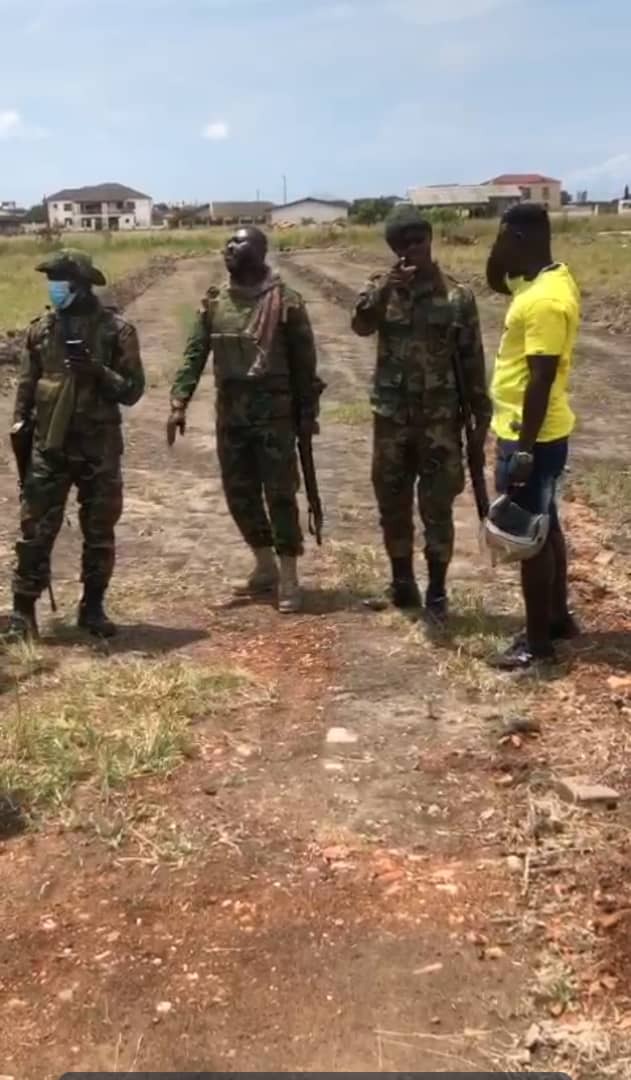 There has been a clash between some residents of Miotso in the Ningo Prampram District of the Greater Accra region and some armed military personnel from the Operation Calm Life unit attached to the 5th Infantry Regiment of the Ghana Army at City Escape a surburb of Miotso. According to report Thursdays clash was as a result of an attempt by the military men to prevent some workers working on a piece of land belonging to a chief of the area.

The over 20 military personnel led by one Lt Asare who had stormed a site behind the City Escape Hotel in two military pick-up vehicles with registration number 52 GA 68, were reported to have begun assaulting some workers who were working on a piece of land belonging to one of Asafoatse Lartey Bantama IV who is a warlord of the Prampram Traditional Area.

Attempts by the military men to seize the tools and equipments being used by the Laborers, prompted a melee between the officers and some residents who had stormed the area after getting wind of the unfolding events.

This led to some warning shots and exchange of verbal attacks from both sides.

The military men manged to retrieve several building materials, two motorbikes, and a sum of money belonging to the Laborers.

Asafoatse Lartey Bantama IV who was also caught up in the stadoff described the conduct of the military personnel as unprofessional. According to him, the armed men failed to tell them who sent them nor even gave reason as why they had stopped his laborers from working on the land. He added that, not even the provision of all documents on the land could convince the military men, who had threatened to gun him down in a similar fashion to that of his late father who was also killed some years ago.