The Muslims' confrontation with the Iranians and. their ultimate victory over the Sasanid Empire proved to be a vital factor in establishing the supremacy and truth of Islam in the eyes of the Iranians. When the Muslims were fighting against the Sasanid Empire, Iran, despite all her internal turmoil and infighting, was a great military power. 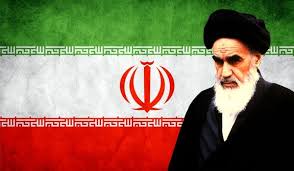 There was no comparison between the Muslim power of those days and that of the Iranians. In that period two supreme powers were ruling the world: Persia and Byzantine. All the other states were either under their tutelage or paid tribute to one of them.

The Iranians in those days were extraordinarily superior to the Muslims. Both from the viewpoint of the numerical strength of armed forces and arms and the viewpoint of food supplies, military equipment and other means. The Arab Muslims were not even acquainted with the current art, strategy and tactics of war of those days with which the Iranians and the Byzantines were familiar.

As the Arabs were unfamiliar with the military arts, nobody could imagine the humiliating and decisive defeat that the Iranians eventually suffered at the hands of Arab Muslims. 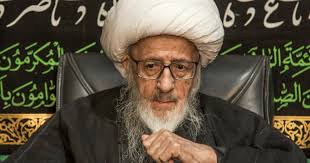 Probably, the reason for the Muslim's victory can be attributed to their religious zeal, their clear goals, and their faith and conviction in the historic mission they had been entrusted with, along with their full confidence in their victory, which issued from their unflinching faith in God and the Day of Judgment. Of course, the role of faith in the Muslims' victories cannot be controverted.

The accounts of their deeds of sacrifice and selflessness and their utterances that have reached us indicate that their faith in God and the Day of Resurrection and their faith in the prophethood of the Holy Prophet and their historic role was unshakable. They believed that they should not submit to anybody except God and that all the nations that worshipped deities other than God were to be liberated.

They were equally sure that their historic mission was to establish faith in the Unity of God and social justice and to emancipate all the oppressed sections of the people from the clutches of the oppressor classes. All the statements made by the Muslim leaders on different occasions to explain their objectives indicate that they were perfectly conscious of their goal and every step they took to achieve it was fully defined and determined. 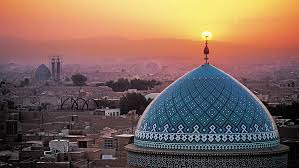 In the real sense of the term, they were leading a movement. The following words of Ali applied to them perfectly: “They carried their vision on their swords.” Yet the mercenaries of imperialism, in a most unmanly manner, place the Islamic movement at par with the conquests of Alexander and the Mongols! Accepting all these truths, only the spiritual force of their faith was not sufficient to register such remarkable victories.

Howsoever strong the faith might have been, it was not possible for a small force, with all the drawbacks mentioned above to fight against an empire like that of the Sasanids and to wipe it out completely. Iran in those days had an estimated population of 140 million, of which an innumerable number of people were militarily trained. 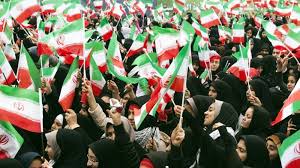 On the other hand, the total number of Muslim combat forces that took part in the battles with Iran and the Byzantium did not exceed sixty thousand. The situation was such that if, for instance, the Iranians had retreated, this small army would have been lost amidst the huge population of Iran.

But, despite all the factors referred to above, the Sasanid Empire was defeated and destroyed by this small army. Hence the basic reason for the defeat of the Iranians is to be sought somewhere else.