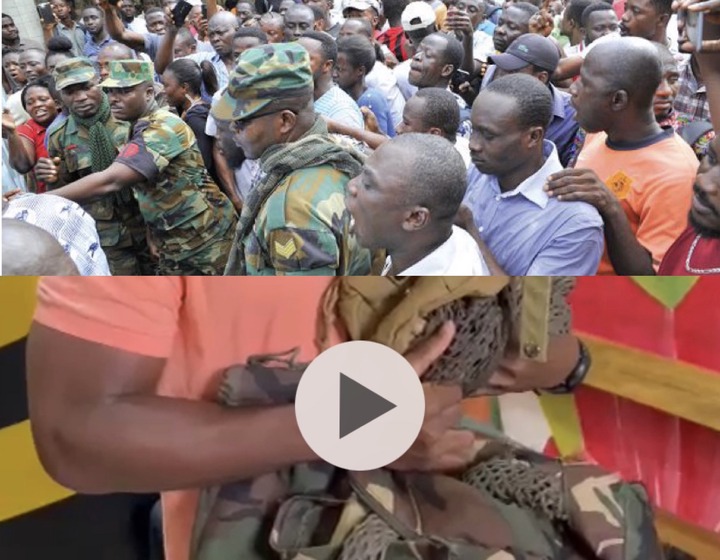 In this country, aside crimes and many other social vices, one of the few things that Ghanaians suffer from the most has to do with fake identities. These are not just identities of persons who are civilians or not having any high ranks in the country but rather, military and other security personalities. There have been several issues concerning how military men brutalize civilians who dress like them and are criticized for doing so. But this according to the military men we have encountered is only to curb this practices. 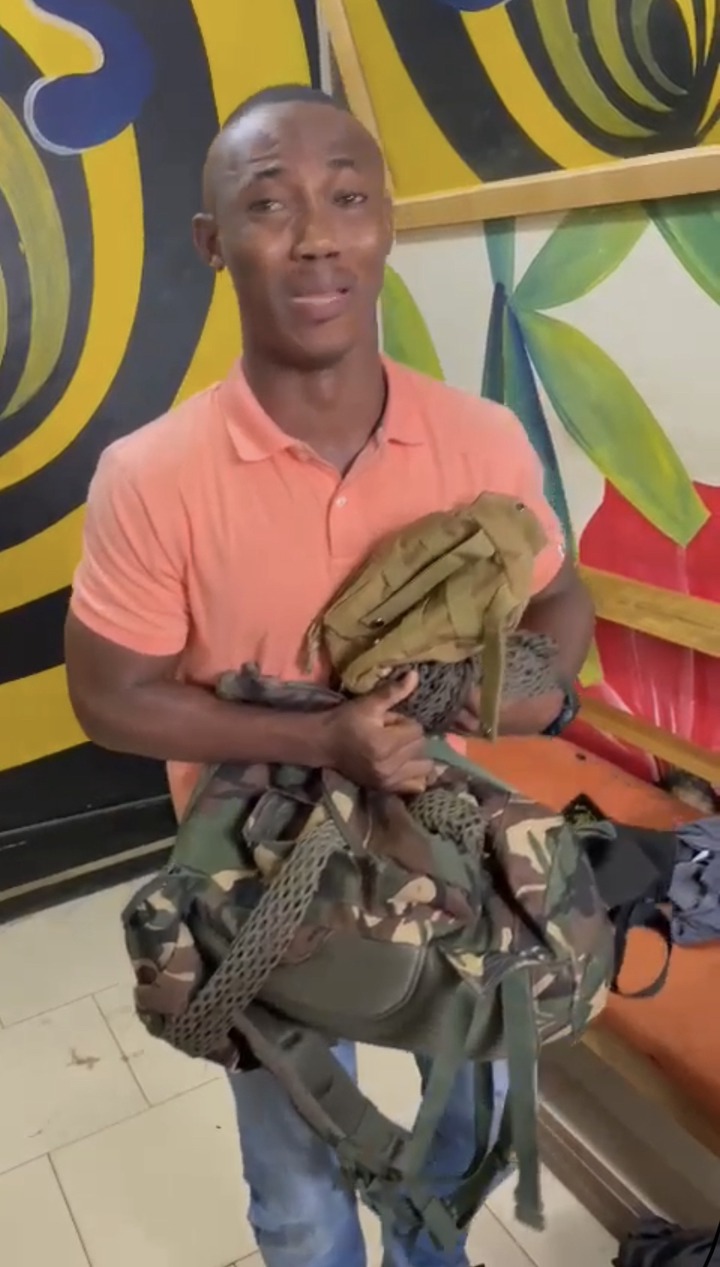 There have been numerous occasions where people with fake police and army uniform have been able to infringe on the rights of the innocent and going scot free whiles tying the blame on the military or the police. In a trending video today, this young man who claims to be a soldier has been caught and is being dealt with at the barracks. From sources, he has successfully managed to woo people not only into making them believe he is a military man but also to give them jobs. 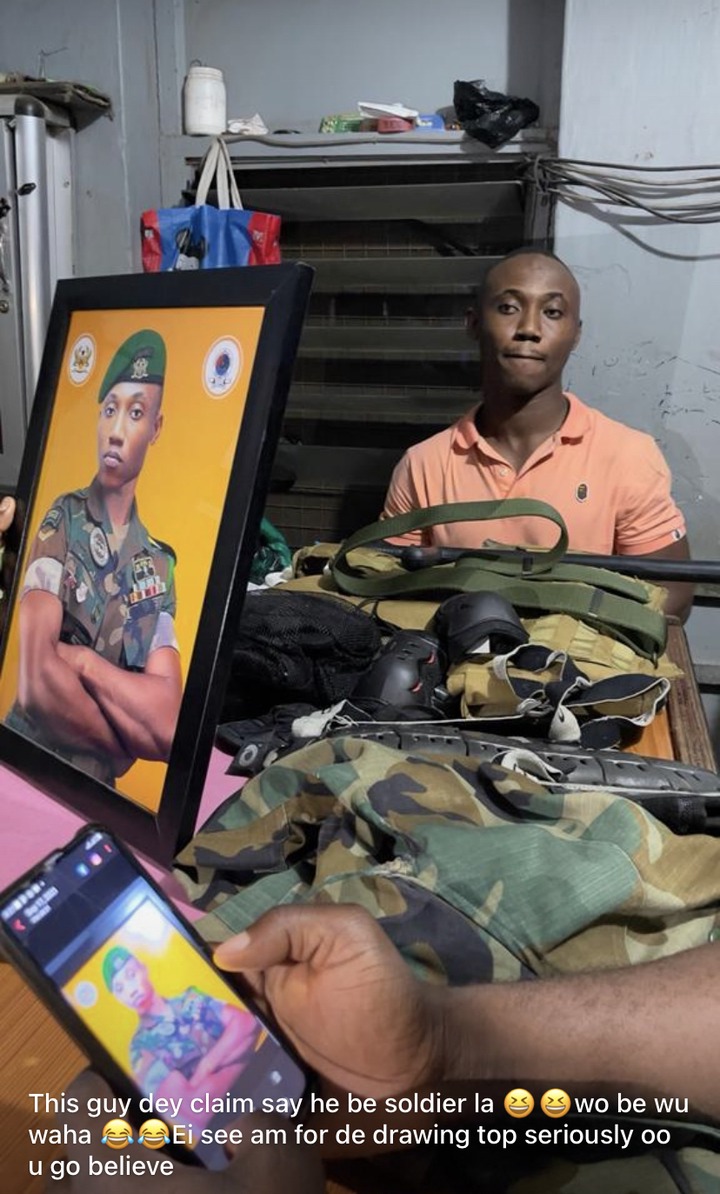 He went further to make portraits of himself making people believe even more that he is a military man. After his arrest, he revealed that there is one Mark friend of his who is a military man and was the one who gave him the things he had. He was later questioned seriously by the officers and begged that he should be pardoned for this act. He revealed that he isn’t a thief and shouldn’t be punished for belief that he is a thief because of the army items he had.

He claims he is only fascinated about the army work and likes to dress in that manner not because he wants to dupe anyone or make anyone believe he is a soldier for his personal gains. This is one of the reasons why the security service are always on the necks of Ghanaians to open their eyes concerning these issues and fake identities.