By Tinchie (self meida writer) | 22 days 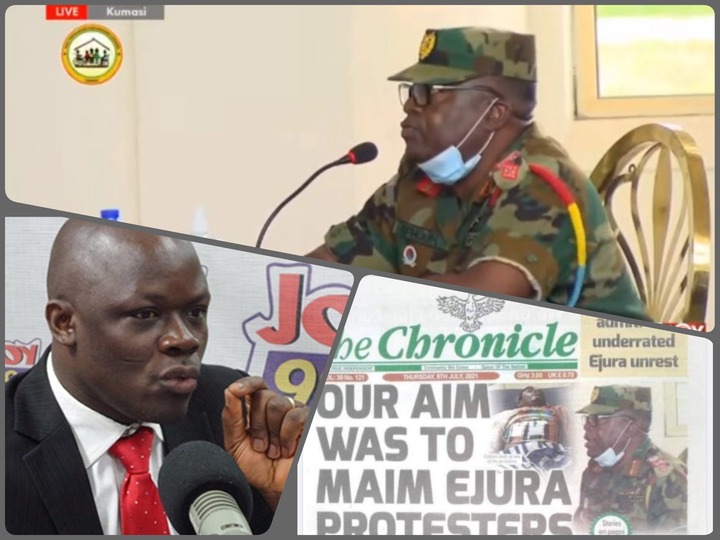 An astute lawyer and broadcast journalist at Joy News, Sampson Lardy Anyenini had just pointed out that the General Officer, Commander of the Central Command, Brigadier General Joseph Aphour could find himself in trouble over some comment he made during the oral examination by the Justice Koomson Committee of Inquiry into Ejura brutalities. The lawyer reference a newspaper publication which re-echoed a rather hostile approach the military took during the Ejura riot some weeks ago.

In his testimony, Brigadier General Joseph Aphour justified the shooting by his officers were necessary and intended to ‘maim’ the alleged threat [victims]. This comment provoked serious backlash as some Ghanaians expressed doubt about the Commander’s claim. 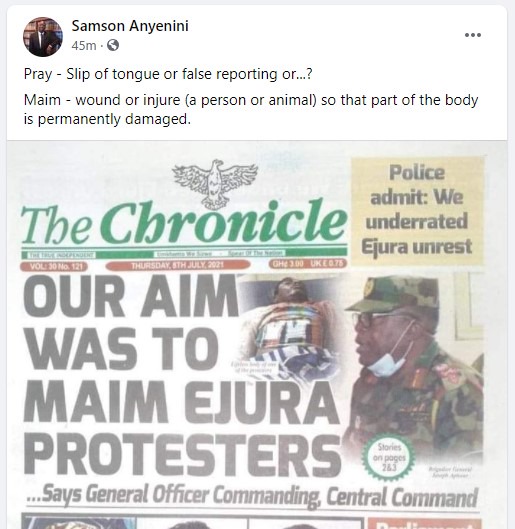 He disclosed that the word main is quiet a hostile word adding that to maim means “wound injure (a person or animal) so that part of the body is permanently damaged.” The emphasis on the permanent damage to a body part of the target, is what troubled him.

Some Ghanaians who understood the context expressed worry over the justification provided by the Military Commander, and the entire inquiry being conducted into the matter.

For a matter as this, and on the back of a history of killings by the security agencies, many are those who expect that the Justice Koomson’s committee would provide recommendations that would nib these ‘excesses’ in military intervention in riot management and the associated brutalities, in the bud.

So far various actors in this matter had taken their turns to testify in public. Family of the deceased [Macho Kaaka] have unfortunately declined to testify.

This had perhaps, been the reason the committee had been given an extension of time to conclude its investigation into the matter.