Thanks for choosing to read my articles, as this month comes full of ecstasy, I am not leaving you behind, I will make sure you also enjoy every bit of happiness. For this reason, I am encouraging you to hit the follow button on the right top corner of your screen to get all my latest funny articles, entertainment news, breaking news, lifestyle news, top stories and many exciting articles. This month is full of drills and you are not staying behind. 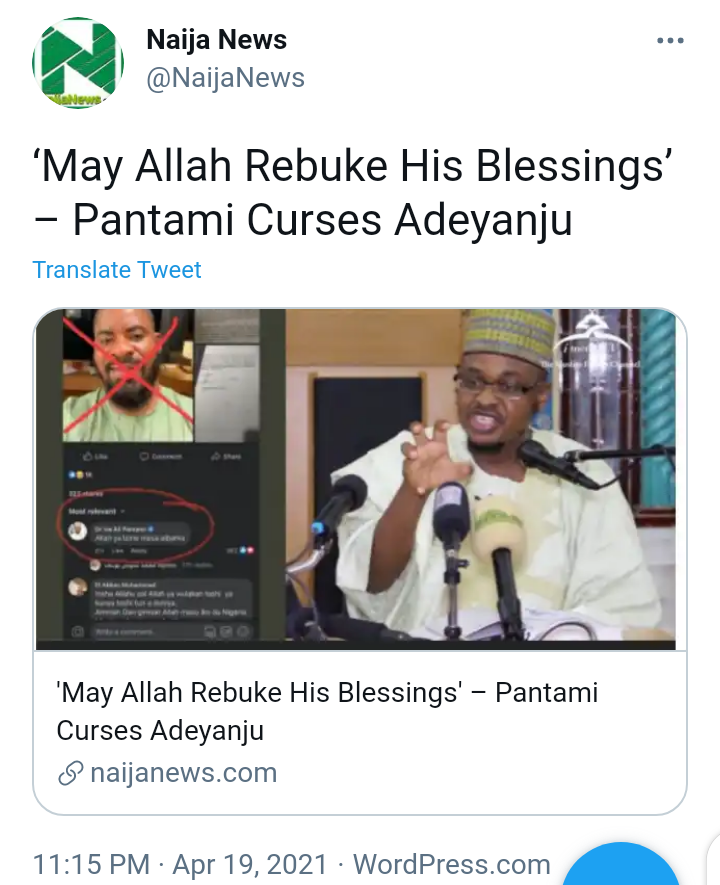 Deji Adeyanju, the convener of Concerned Nigerians, has been cursed by Isa Pantami, the Minister of Communications and Digital Economy, for asking the US to put him on a terrorism watchlist. The activist wrote to the Secretary of State, United States Department of State, in a letter titled, Terrorist Watchlist – Isa Pantami, that a minister in a high position in the country is not expected to be an alleged supporter of world's extremist leaders like Mullah Omar and Osama bin Laden, and that if the allegation is true, he should not hold a sensitive position and be i.

Bandits Kill Over 20 In Kaduna. 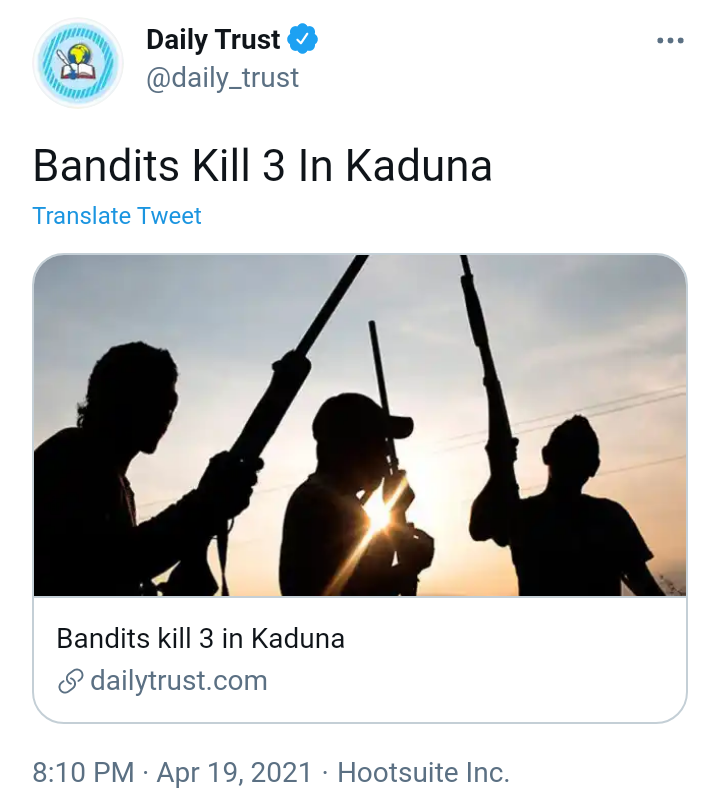 Armed bandits attacked Rafin Roro village in Kajuru, killing one Barnabas Isa, a village resident, according to security reports. At the scene, eleven spent rounds of AK-47 ammunition were discovered. The bandits also killed one Musa Bala on the outskirts of Garu village in Igabi, according to the commissioner for internal security and home affairs, Samuel Aruwan, after robbing an unspecified number of cattle belonging to his brother, Salmanu Beti.

According to him, security operatives pursued the bandits and exchanged bullets with them, while others fled with gunshot wounds. He also reported that the police in Buruku, Chikun LGA, arrested two suspects, Ibrahim Bala and Salisu Yusuf, for providing medical services to bandits. In another development, the Daily Trust has learned that bandits abducted four people, including a pregnant woman and three children, on Sunday in Gonar Lema, on the Kaduna-Birnin Gwari highway. Two other women were shot by the bandits during the operation, according to a community leader identified as Zannah. He pleaded with security agencies to assist them.

N/R: See What Northern Regional Minister Has Promised Muslims After The Incident Of Wesley Girls SHS