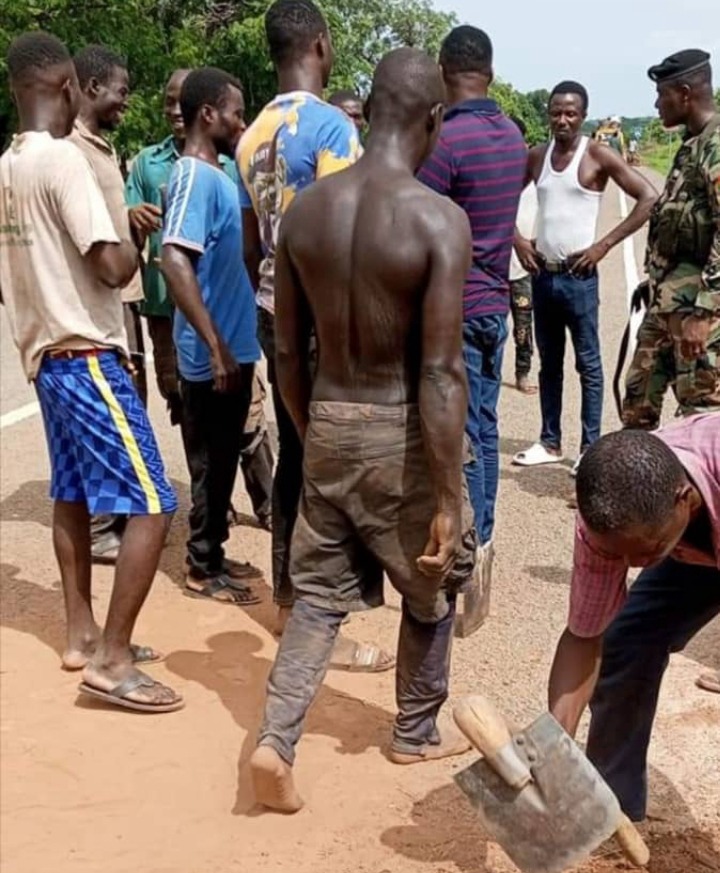 Parents and family members are still mourning over the death of their Children at Ankaase In Oti Region. This death issue was known when a private car killed six students who were returning home after school in Ankaase Matamalam township in Krachi West Municipality.

According to the residence in Ankaase Matamalam, the accident occured because there were no speed ramps on the road from Bomboden to Kete Krachi township. Hence, they will not sit down and watch for another terrible accident to occur again. So, they decided to construct their own speed ramps in other to prevent subsequent accident. 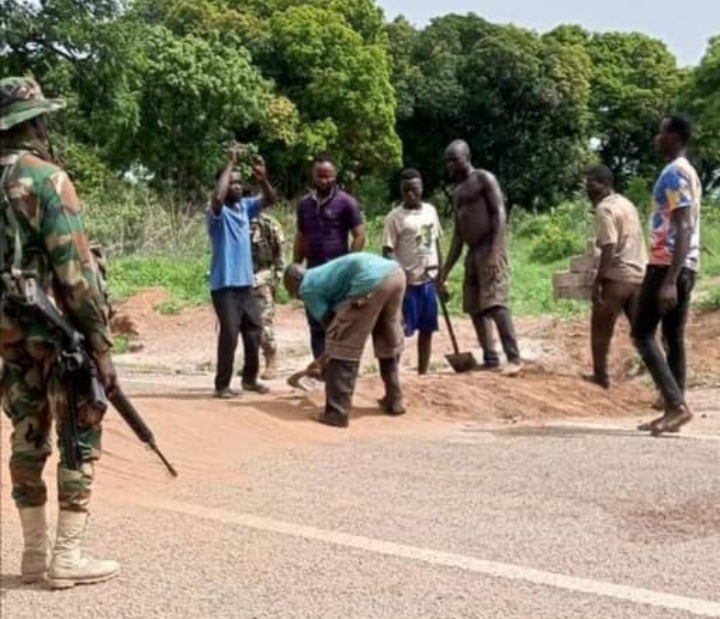 However, it is not all that logic for residence to construct their own speed ramps without permit when we take into consideration the size and the the height of the speed ramps that must be used in the construction.

According to the accountant of Krachi West District Hospital, Mr Nana Joseph famously known as Better days, the unapproved speed ramps have caused another accident of which the victim has been transfered to Tamale Teaching Hospital last night. 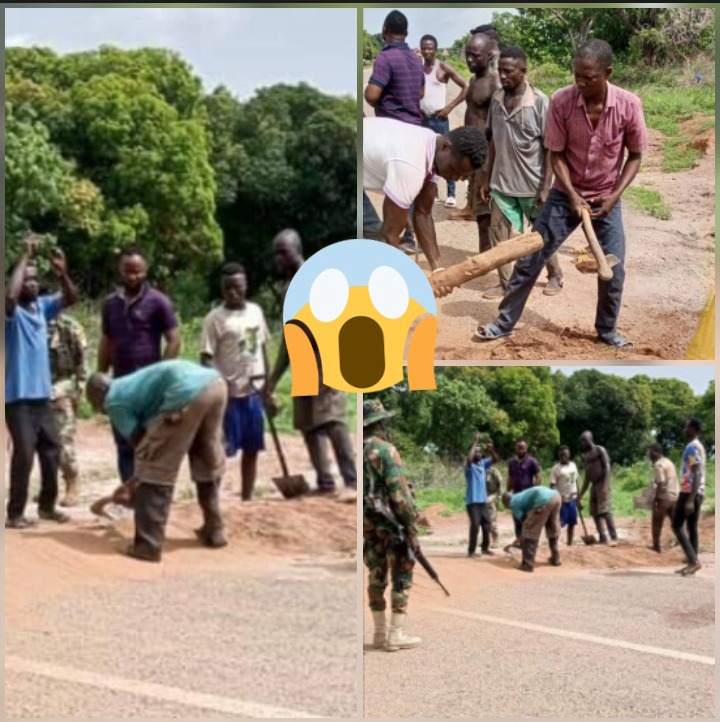 With the authority and force from the military officers, the natives in Ankaase were ordered to remove and dismantle all those unapproved speed ramps to unsure safety on the road.

Within a twinkle of an eye, the men and the young boys in Ankaase township removed all those bad constructed speed ramps from the road. 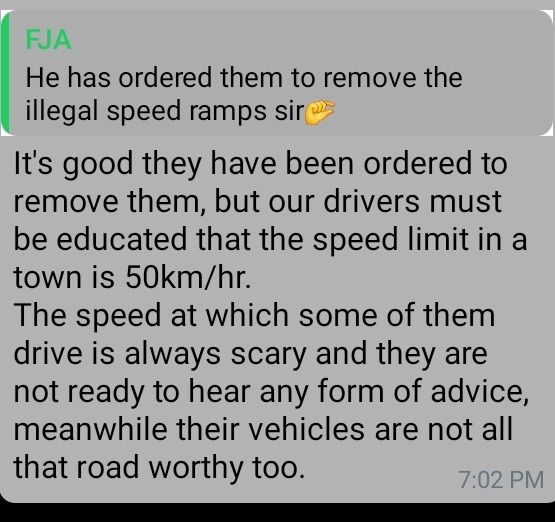 In the whatsapp group where the information was shared, Mr Robert advise the drivers to know how to drive when they get to the town.

What do you have to say about the whole issue going on at Ankaase - Matamalam township in the Oti Region?.