Cries from Ejura keeps trickling and more than two people have sustained gunshot wounds after security personnels stormed Ejura today. The bloodshed comes at the backdrop of the gruesome attack on social media activists, Macho Kaaka, which led to his unfortunate demise last week. The said man was reportedly ambushed by unknown gang on june 25th around 1:30am and was inflicted with high level injuries which left him unconscious after the attack. He was promptly taken to the Ejura Sekyeredumase hospital but upon arrival, he was referred to the Okomfo Anokye teaching hospital where he passed on after all efforts to resuscitate him proved futile.

His death has ignited violent reactions from the youth of Ejura, who are seeking justice for Macho Kaaka. The violent protest prompted security personnels to visit Ejura to make peace prevail. However latest news from some indigens at Ejura claims two people have been killed after sustaining gunshot wounds. Speaking on Facebook live, the reporter claimed the security personnels who turned up to disperse the crowd ended up shooting four people with live bullets resulting in fatal bloodshed and two of them have died.

The reporter, managed to pick four of the bullet that was fired by the security personnels. 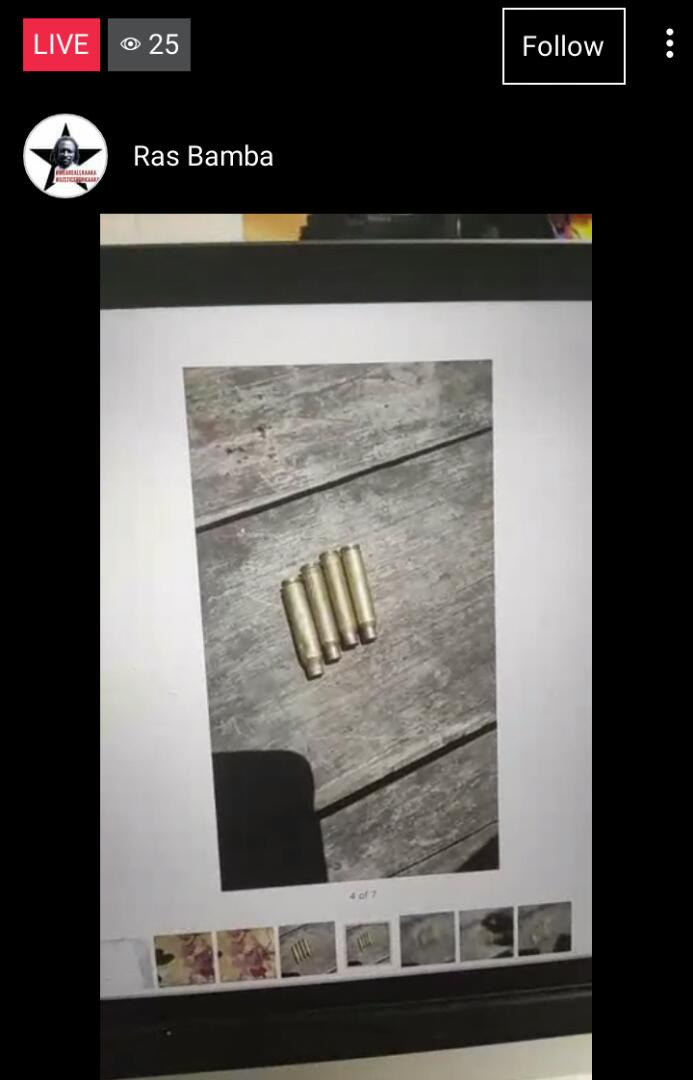