The customs excise and preventive services are the main agency responsible for the monitoring of imported and exported goods out of the country and it really assists in revenue generation through the enforcement of payment of duty for the government. Aside collecting custom duty, they also check and conduct seizure of illegal transported goods in ports and airports.

In addition, it officers collect Indirect tax and land revenue tax. They also deal with narcotics and with the recent increase in terrorism attacks across the African continent, they have additional task of providing security at the ports. Colonel Doumbouya has made some tough decisions in the security hierarchy of his country when he initially, retired from the Armed Forces 44 Generals.

Fast forward, the changes has been extended to the Customs division which was headed by a General and being replaced by a colonel to spearhead the affairs of the agency. The paramilitary agency's director General Toumany Sankare handed over to Colonel Moussa Camara to takeover command of the division. 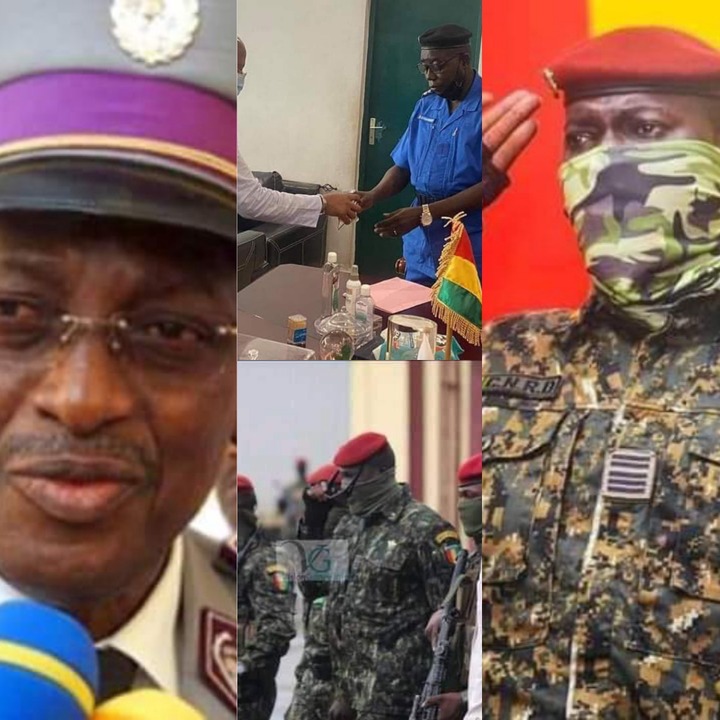 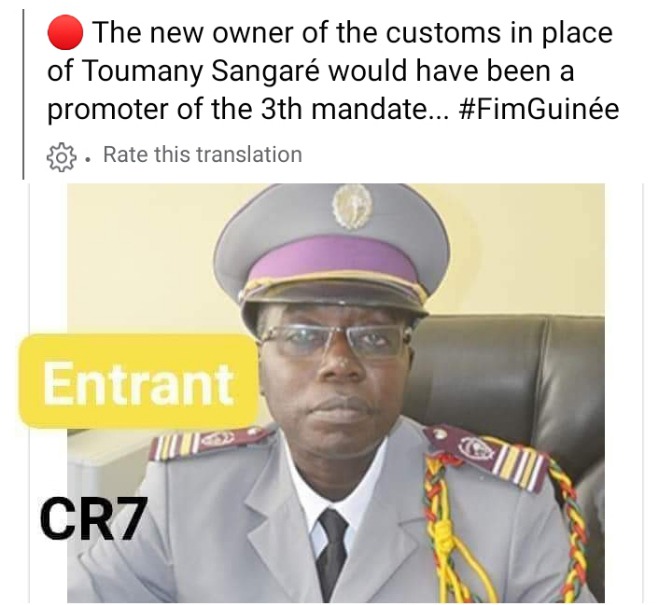 A simple ceremony was organized for the handing over which was supervised by the General Secretary of the presidency of the Republic, Colonel Amara Camara. The outgoing director general spent over 10 years and his new successor was the former director of Computer Science and statistics. 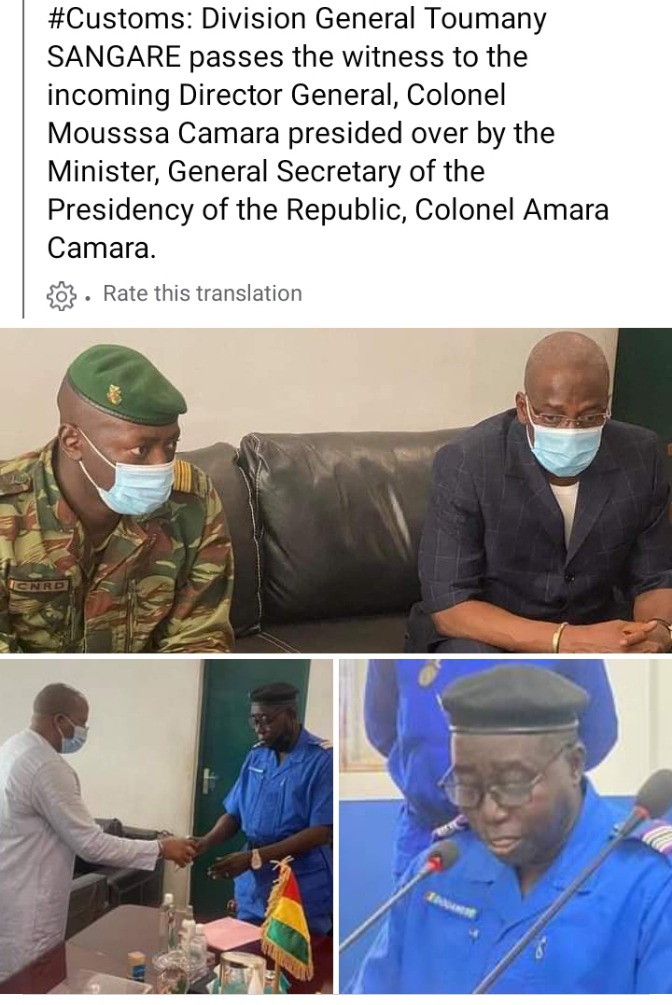 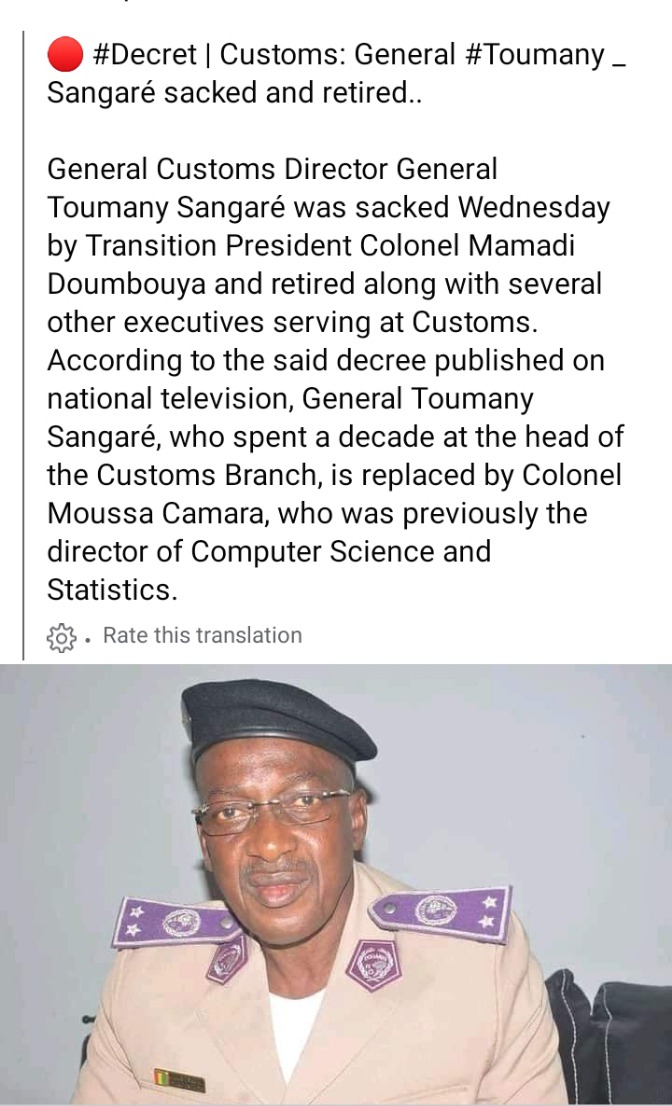 Some security personnel who are corrupt officers use dubious income sources to make illegal money hence the division needs more discipline men and Colonel Camara seems to be the right man to head the division. And as far as honest officers are concerned, this is the right man to serve the nation properly and fairly.