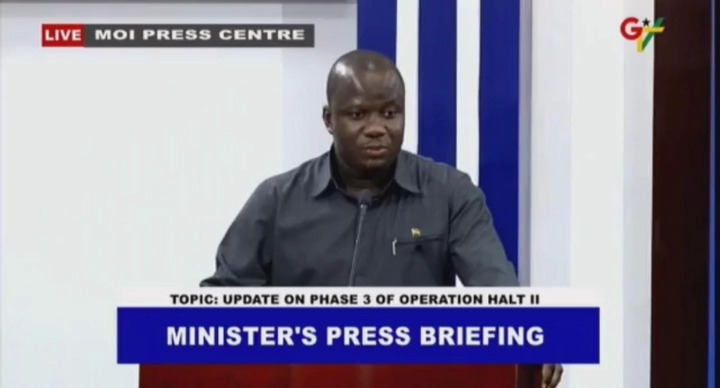 Samuel Jinapor, the Minister of Lands and Natural Resources and Dominic Nitiwul, the Minister of Defense, today, Wednesday, May 19, 2021 delivered an update on the fight against galamsey. This is the third phase since the swoop started. There has been so much discourse about galamsey as many have maintained that the government big wigs itself is promoting galamsey. 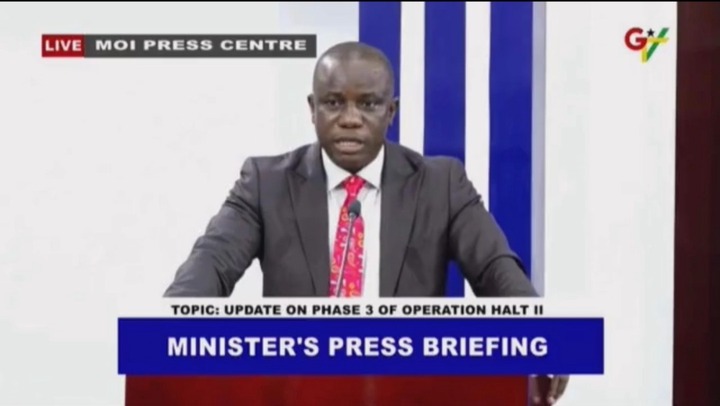 1.River Pra, Offin and Oda and Brim were the areas covered in the 3rd phase of Operation Halt

3. in all about 561 military men were involved. This involved ground troops and air support

4. 49 excavators 288 Shang fans, 87 water pumping machines all on the Brim river. Seventy-six wooden structures were destroyed, motorbikes, hunters’ guns and others were destroyed.

5. The soldiers will go even after all those who have chosen to work at night. He asserted that he is glad some have withdrawn their excavators but this doesn’t mean the operation will cease.

6. He said people should take pictures of those doing wrong tings related to galamsey

The Defense Minister also explained why some excavators of some big wigs were destroyed. According to him it was not just about license but then anyone destroying or polluting water bodies is a culprit. Mining is to be done 100m from water bodies.

“We were not there to inspect licenses, but rather they were focused on those polluting the waters. Anyone diverting the water and polluting them is a suspect and will not be forgiven” the minister said. He insisted that many big companies had their properties destroyed but many have not heard this because those involved might not have political voices. 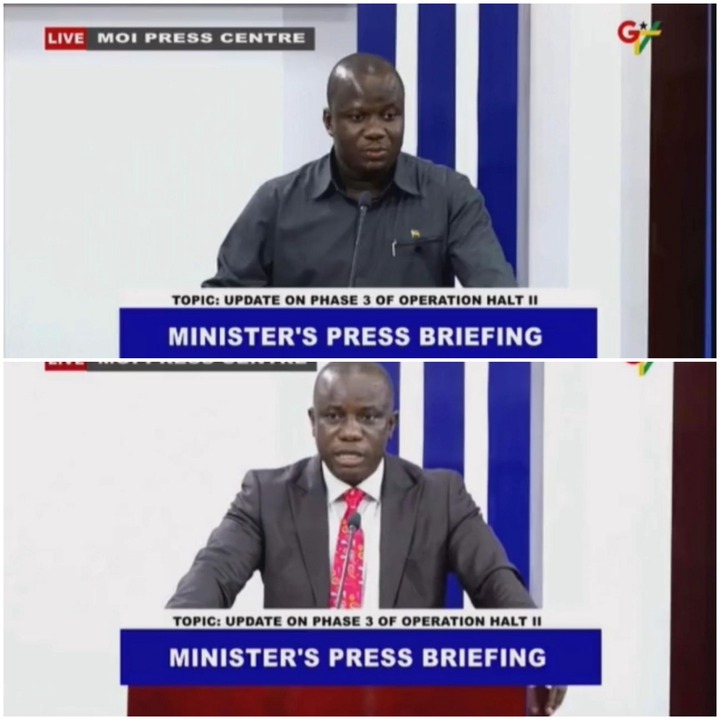 According to the minister, the soldiers were charged not to spare anyone infringing on the laws. He maintained that the law will not lax for anybody no matter who you were.