By Upperwestmedia.net (self media writer) | 10 months ago 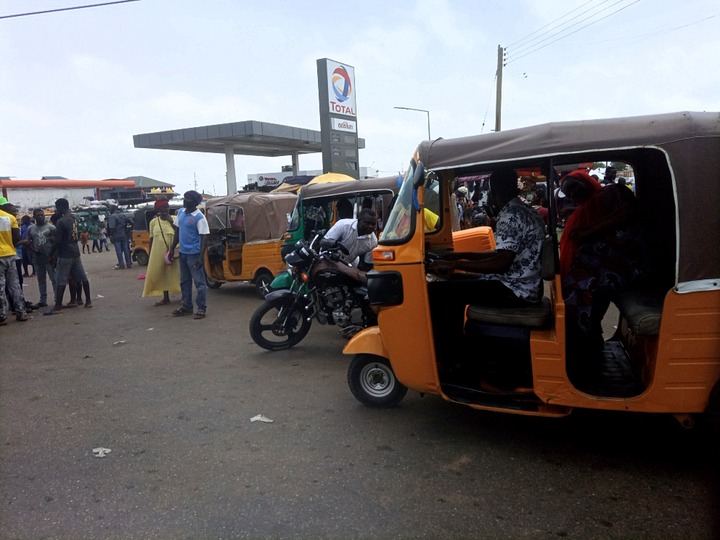 The drivers said they will henceforth stop allowing the ‘men in uniform’ entry into their vehicles within the Wa township.

This follows after a section of the Wa Mechanized 10 Battalion military officers had molested and brutalized unsuspecting, unarmed civilians in Wa on Thursday afternoon, 1st July 2021 allegedly over a missing mobile phone.

Eyewitnesses to the scene recounted how the officers, who could not be immediately identified, stopped tricycles and brutalized residents, particularly young men.

The Overlord of the Wala Traditional Area, Wa Naa Fuseini Seidu Pelpuo IV, has said the atrocities meted out to the people ought to be a concern to well-meaning citizens and called for an immediate and severe punishment for the perpetrators of the atrocities.

He described the act as “dastardly” and “unacceptable” since Wa was a charitable beacon of peace in the country”.

The Wa Naa appealed to the government to provide a compensation package to the victims of the military brutalities to alleviate their plight and to take care of their hospital bills.

The Chief of Army Staff, Major General Thomas Oppong Peprah has apologized to the chiefs and people of Wa for the brutalities meted to out civilians by some soldiers.

He described the development as a “horrible” conduct by “some misguided soldiers taking the laws into their own hands and going round and brutalizing people.”

Addressing the traditional leaders in Wa on Friday July 2, he said “The Military High Command put in a lot of resources to ensure that we create a regiment battalion over here in Wa. So that they will be able to bring peace to the peace-loving people of this region.”

Meanwhile, the Second Deputy Speaker of Parliament, who sat in for the Speaker on Friday July 2 has directed the Defence and Interior Committee of Parliament to investigate the circumstance that caused the Military brutalities in Wa.

The Committee has one month to investigate, collect and collate the facts and report to the House for further action.

Residents living near the Weija-Kasoa ridge are concerned about landslides.