Koku Anyidoho's Father Goes International; Receives A Top Award Over What He Did 28yrs Ago. 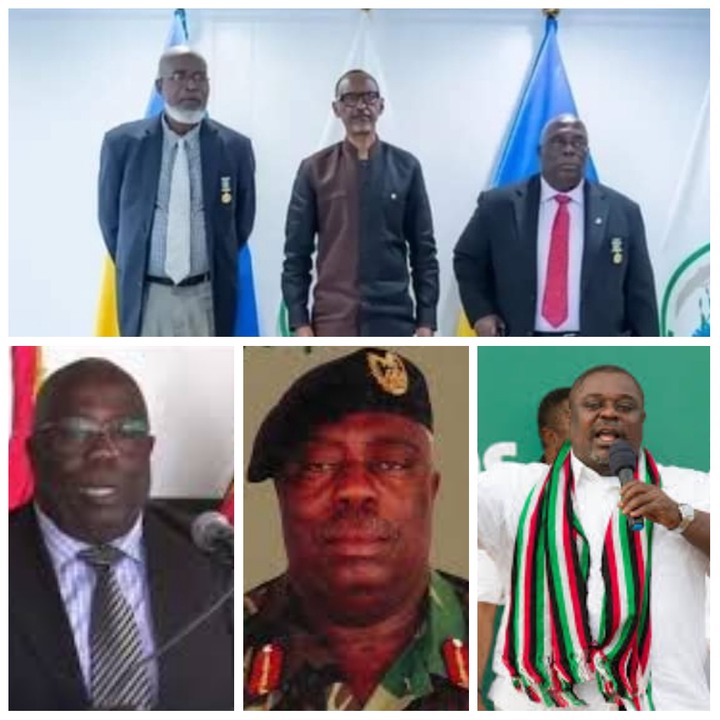 The father of Koku Anyidoho, Major General Henry Kwami Anyidoho has gone international. The former Military man reportedly received a top international award at Rwanda over what he did for that country 28 years ago.

What actually did the two do to receive such a top award from His Excellency Paul Kagame?

According to the citation on which the award was cemented, Koku Anyidoho's father Major General Kwami Anyidoho and Major General Joseph Narh risked their lives to save some Rwandans during the 1994 genocide ( 28 years ago). Despite the call back to Ghana after some Ghanaian military men were reportedly attacked, the two decided stay back.

Today, the Rwandan government led by Paul Kagame feels it right to let the two former Military men know that, they remember their sacrifice made.

The good news was shared by NPP's Sir Obama Pokuase on his social media handle. 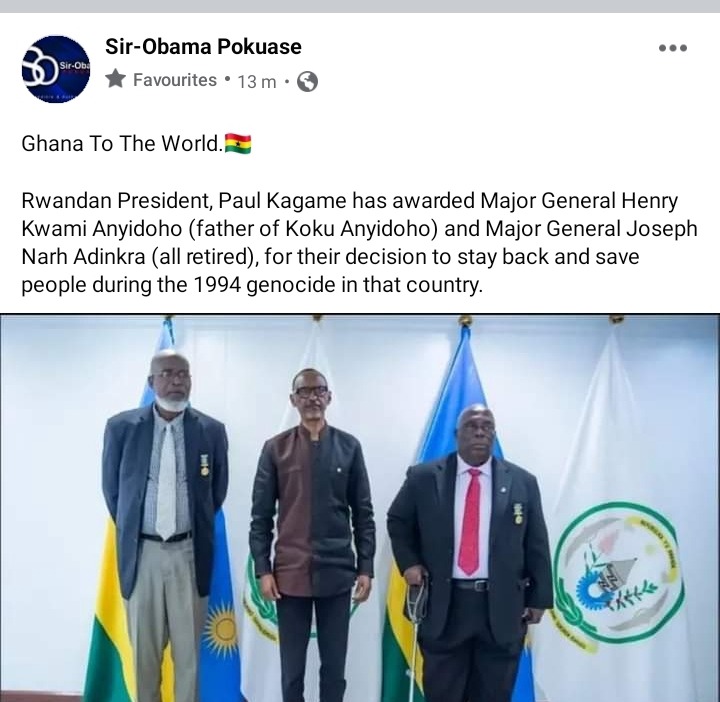 Account of How Kofi Adoma Escaped Getting Burnt By Skillful Killers