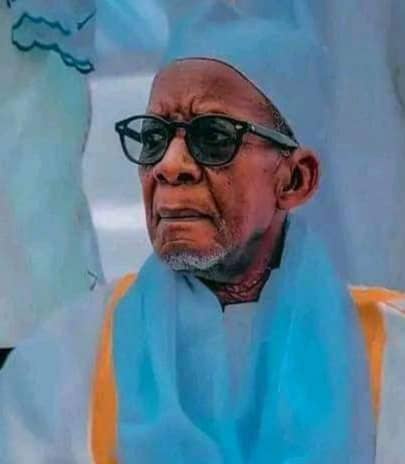 The Purpose of the Grand Khalifa’s visit was to further consolidate the long-standing relationship between his family and that of Sheikh  Abdulai Ahmad Maikano.

The Grand Khalifa, who is in Ghana at the behest of the National Chief Imam, Sheikh Osman Nuhu Sharubutu , arrived in Prang in the afternoon of Tuesday, August 9, 2022 in the Ghana Armed Forces Aircraft.

As part of the visit, the Grand Khalifa inspected progress of work on the proposed land for construction of the Sheikh Abdulai Ahmed Maikano Educational Complex in the area.

Led by its Supreme Leader and President ,Sheikh Abul-Faid Ahmed Maikano Jollo, the council is hoping to leverage on the benevolence of well-to-do Muslims, individuals and organisations interested in the progress of the marginalised Muslim communities, particularly in the area of education, to complete the proect.