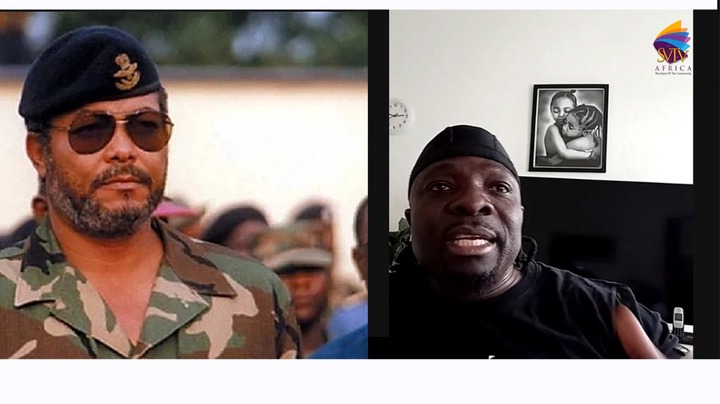 Germany based Ghanaian army deserter Frank Amoako has disclosed that no one was killed at the Castle during the late Rawlings era as many Ghanaians have believed.

Speaking on Daily Hustle Worldwide, Frank mentioned that he joined the army in 1992, and in his seven years of service, no one was killed at the Osu Castle, as many believe.

“There was never an occasion where someone was killed at the castle. We never shot anybody at the castle. The castle was not a range with a firing squad,” he told DJ Nyaami.

He also responded to rumours of torture at the Osu Castle in the early 90s. According to him, there were cells in the castle, but for the soldiers.

“It was not torturing. What we did was discipline them. We worked with the police. If it involved a civilian, they would bring him in, and we disciplined them, not torturing.

It was just press-ups, squats etc., but they saw it as punishment because they were not used to it. We didn’t use any gadgets. They were just exercises,” Frank revealed.

Moreover, Frank mentioned that getting into the army was not as difficult as now. According to him, the unemployment rate has pushed the youth to more secure jobs like the army, police service, etc.

After seven years of service, Mr Amoako deserted his work and travelled to Germany. He added that he joined the army for an opportunity to travel.

How to Win a Woman Over with 10 Steps

Bath with salt always and see what happens

Stop Calling It " Gap teeth" Or "Open teeth" : This Is The Correct Word To Say