By Abunews (self media writer) | 1 year ago 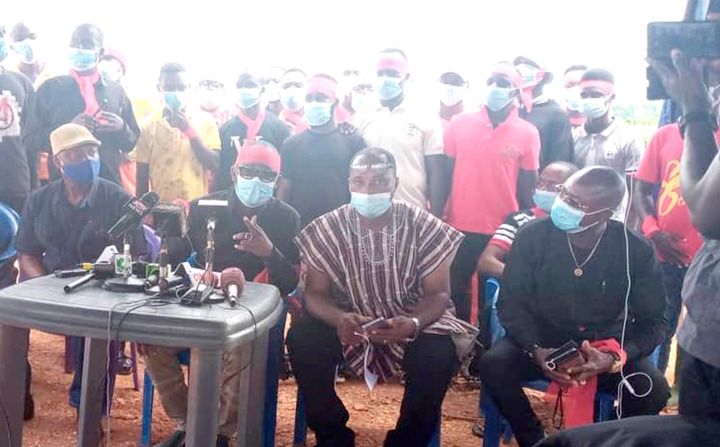 The Ghana National Association of Small-Scale Miners (GNASSM) has asked the government to bring military personnel involved in the first against illegal mining dubbed “Operation Halt” to order.

Speaking at a press conference at Twifo Ntafrewaso in the Twifo Atti Mokwa District in the Central Region, the Communications Director of the group, Mr. Abdulai Razak Alhassan, said the association wanted clarification on the orders given to the soldiers fighting illegal mining.

They want answers regarding the operations of the military at mining concessions in Twifo Ntafrewaso, Asamoahkrom, and Awisem as part of Operation Halt.

The small-scale miners say they want to know whether the president gave a directive to the military to burn their excavators or seize them.

"We express our total displeasure about government's u-turn on issues raised at the recently held small-scale mining dialogue at the Accra International Conference Centre," Mr. Alhassan said, according to Graphic Online.

The press conference comes following the burning of some excavators that were seized by military personnel involved in the renewed fight against galamsey.

Content created and supplied by: Abunews (via Opera News )