By The_One (self meida writer) | 1 months 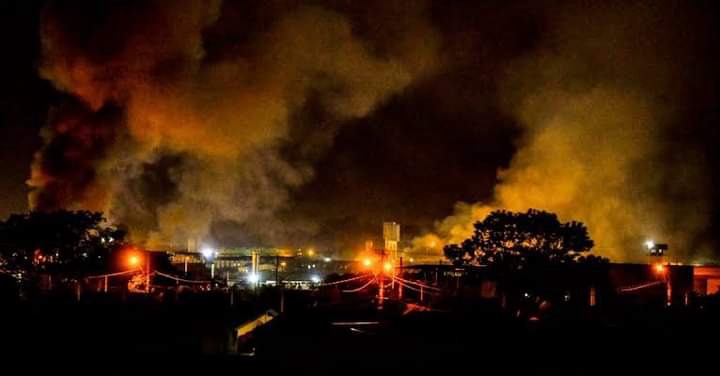 Armed individuals intruded the I'm state prison in Nigeria. It is said that the attackers entered the prison through the South-Easting town of Owerri by using explosives to blast the administrative block.

Police have accused the indigenous people of Biafra of carrying the attack. It has reportedly denied involvement.

It is confirmed by the Nigerian Correctional Service that 1,844 prisoners escaped from the jail in I'm state.

According to the service, heavily armed men stormed the custodial centre on Monday morning in owerri with buses and trucks.

"The attack is an act of terrorism carried out by anarchists", said president of Nigeria. He called upon the security force to capture the escaped prisoners and the attackers. The state knows this mission wouldn't be that easy but it should be done in anyway.

A spokesman for the Indigenous People of Biafra separatist movement told the AFP news agency that accusations it was behind Monday's attack were "lies".

Imo state has been a breeding ground for separatist groups for a long time, while relations between the central government and the indigenous lgbo people are strained.

Meet the lovely sister and parents of Aki; He has an adorable family