He 'defeated death'; but today succumbs to his ‘Wooden Pyjamas’; life & times of Kojo T

By RKeelson (self media writer) | 9 days ago

Once upon a time the shrewdest Security Capo of our time, Captain Kojo Tsikata told Ghanaians that time was not due for him to wear his “Wooden Pyjamas,” obviously, referring to his wooden coffin. It was a time that Captain Tsikata was rumoured to have died.

He thus returned from his South Africa base where he was receiving treatment, to announce not only his presence to Ghanaians, but also to a stoical determination to defeat death at the time. For those who are unaware, Captain Tsikata’s wife is a South African; so he was definitely at home during his medical sojourn in the rainbow country.

Today, the 20th of November,2021, the former military Captain succumbed to his wooden pyjamas; to state bluntly, the grand military decorator passed on to eternity today. This was announced by the MP for North Dayi, Nelson Dafeamakpor, a fellow Voltain on one of his social media handles. 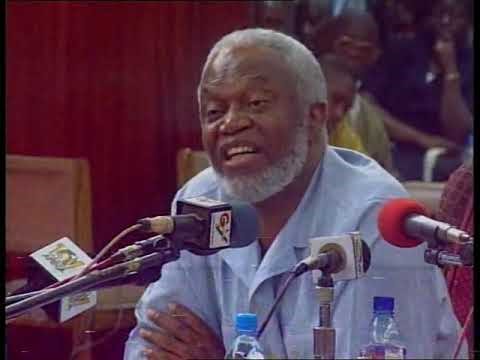 Kojo T, as he was known, died a little over year after the death of his close associate, Flt Lt. Jerry John Rawlings. Rawlings died on 12th November 2020 and his one-year memoriam was organized in Accra, a week ago.

The  two spearheaded Ghana’s political history in the 80’s up to the end of the 90’s. Unfortunately, before Rawlings’s demise, the two were not that close like before, although Kojo T still maintained his relationship with Dr. Obed Yao Asamoah and Ato Ahwoi, other stalwarts in Rawlings’ PNDC and the earlier NDC civilian administrations.

Kojo T was a war veteran who took part in the Congolese war in the early 60’s. He retired from the Ghana Armed Forces in 1965 after his return from Congo Kinshasa, now the Democratic Republic of Congo. He had it though during General Acheampong’s National Redemption Council (NRC) which later, became the Supreme Military Council in the early 70’s. The NRC came to power after overthrowing the Progress Party (PP) government of Dr. K.A. Busis on 13th January, 1972.

The NRC was however changed to the Supreme Military Council (SMC) in 1975. General Acheapmpong and his military junta felt threatened by the presence of Captain Tsikata although he had long retired from the military. 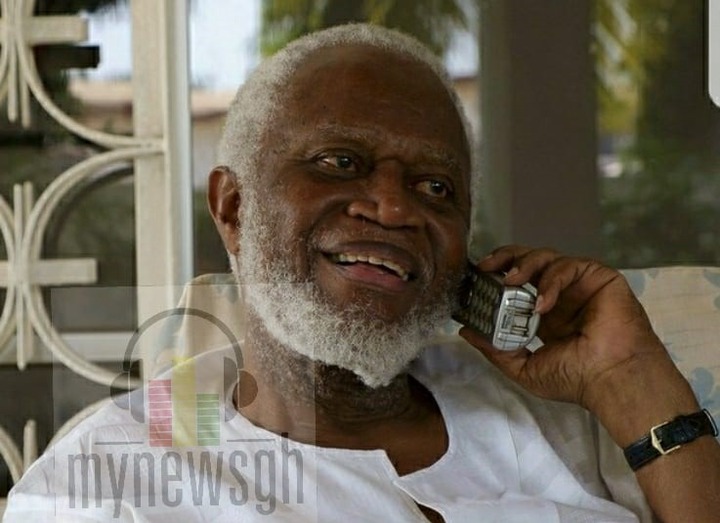 History has it that Acheampong’s continuous monitoring of Captain Tsikata was as a result of many conspiracy theories about the ubiquitous nature of Captain T. It was based on Captain Tsikata’s alleged mean posture that he was accused quite often, as a security threat to the SMC government.

He was even accused of attempting to overthrow that military administration on numerous occasions. However, all those theories remained suspicions till today because there was no iota of evidence to support those claims.

Fast forward into the 3rd Republic and again Captain Tsikata would face similar accusations by Limann’s 3rd Republic administration. After Rawlings had handed over power to Limann on 24th September 1979, the security agency then known as the Special Branch, subjected the movement of both Rawlings and Captain Tsikata to thorough surveillance.

The situation forced the two to organize a press conference at a point, to protest against how their movements were being monitored by the state security apparatus. Soon after that press protest, the fears of Limann and his administration will come alive.

A Kojo Tsikata-backed Rawlings coup had succeeded to overthrow the 3rd Republican government on 31st December, 1981. That gave rise to the 11-year iron-fisted rule of the Provisional National Defence Council (PNDC) which Rawlings was the chairman, with Kojo Tsikata as the National Security Advisor.

Indeed, the period between December, 31st 1981 to January 7th, 1993, had been chronicled as the worst violation of human rights in the history of the country. Some political commentators including Prof Mike Oquaye, Chris Archer and others have documented the period and the atrocities therein in books that are studied at higher institutions of learning.

None calls of such atrocities without mentioning the name Kojo Tsikata. Chris Archer, one of the most fearless journalists of our time confronted Captain Tsikata with some of these extra judicial killings during the National Reconciliation Committee set up by President Kufuor immediately he assumed the reign of power.

But the high point of such Kojo Tsikata allegations, was the murder of the three High Court Judges and a retired Army Officer on 30th March 1982. It’s one account that Kojo Tsikata’s name refuses to die out, since the Special Investigations Board days through to the National Reconciliation Commission period.

Of course it’s only Captain Tsikata who knows the truth and may be gone with the mystery surrounding the murder allegations against him. With his powerful status in the PNDC, who dared reveal anything contrary to what had been fed into the public domain by the PNDC at the time?

Many CPP elements would also not forgive Kojo T for the manner he, Tettegah, Kow Nkensen Arkaah and many other stalwarts of the CPP, dismembered the Nkrumah heritage and smuggled it into the NDC for it to seem like the NDC occupied the void created by the CPP in the 4th Republic. That move has been the beginning of the end of the CPP in Ghanaian politics, many had argued.

Clearly, what many political observers who are privy to the Tsikata factor in Ghanaian politics would be asking is whether Kojo T is a villain or a hero?