By Andreymccarthy (self media writer) | 1 year ago 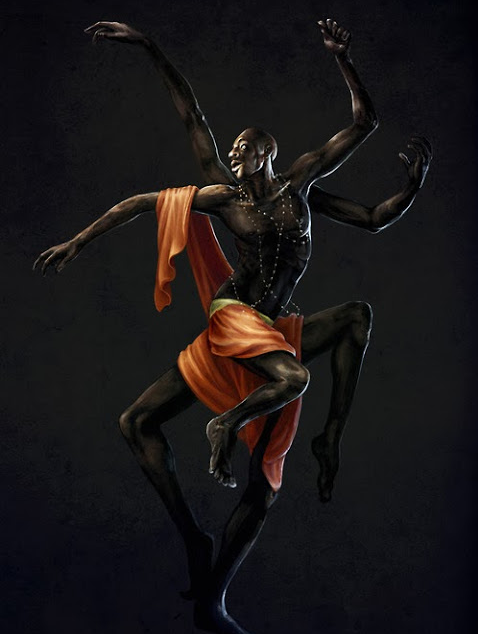 " Good people of Anansekrom, please hear me out, I know and you know and we all know that I Kweku Ananse am the best chocolate maker in the whole world. None can step up to my skills when it comes to chocolate making. But quiet unfortunately, I have recently run out of my wonderful substance. To be frank with you, it's Nana nyankopon who prepares my amazing chocolates and sends two of his angels to bring it to me when all of you are asleep. But recently Nana nyankopon ran out his ingredients and sent one of his angels to purchase some. That angel was one of the stubborn ones and went to play with some friends and didn't return till last night. Don't worry Nana nyankopon has dealt with him already. So my good people have patience and return back to your various homes and come back in three days time with your cups to collect my wonderful and amazing chocolates". The people believed all what Kweku Ananse had told them and went back to their homes. That night Kweku Ananse and his three sons went to their farms and dug red earth and brought it to their home. They proceeded and mixed the clay with water and waited for the people to return. On the appointed day,all the people gathered happily at Ananse's house they couldn't wait to taste Ananse's sweet chocolate cream. Ananse came out and ordered the people to close their eyes and bring out their cups. Ananse's three sons then went round and poured the clay porridge into the people's cups, after which they covered it with plantain leaves respectively. Ananse then ordered the people yo open their eyes. The people were surprised to find their cups covered with plantain leaves. Ananse explained to the people that their cups we're covered with plantain leaves because the chocolate cream was so hot that should someone try to remove the leave from his cup,the vapour coming out of the hot chocolate cream will make the person blind immediately. The people then asked Ananse what they should do,Ananse advised the people to return to their various homes and not ty to remove the plantain leaves, but as soon as to they get home ,they should place their cups of chocolate cream under their beds and at exactly midnight they should go under their beds and enjoy the chocolate cream in peace. The people of Anansekrom never suspected Kweku Ananse was fooling with them. Meanwhile, Ananse had gathered all his belongings and was ready to hit the road. That day, at exactly midnight all the people of Anansekrom got up and went under their beds to drink the chocolate cream Kweku Ananse the best chocolate maker had given them,and oh!what sweet chocolates they drank that night. Very soon a lot of noise arose in Anansekrom. The people discovered Ananse has swindled them and went angrily to Kweku Ananse's house Lynch him,but to their surprise, Kweku Ananse was nowhere to be found. The strong men among the people decided to go after Kweku Ananse and unfortunately for Kweku Ananse,in the morn he was brought to the king's palace tied hands and legs. The king was really happy that kweku Ananse had been caught and angrily asked Ananse why he had done that to his own people. It was then that kweku Ananse told the king and the people of Anansekrom the whole truth and how he had managed to steal Mr.chocly's chocolate cream and ended by asking for forgiveness. Kweku Ananse was not shown any mercy and the king of Anansekrom ordered Ananse to be thrown into the lions' pit. So Ananse was taken and cast into the lions'pit and the Lions saved Ananse the pain of falling down and breaking his bones,they caught him up in the air and tore him into several pieces.

Content created and supplied by: Andreymccarthy (via Opera News )