The Yellow River VRS China, Did You Know?

By MrBenevolent (self media writer) | 1 year ago

The Yellow River or "Huang He" is the second-longest river in China, after the Yangtze River, and the sixth-longest river system in the world at the estimated length of 5,464 km (3,395 mi). Originating in the Bayan Har Mountains in Qinghai province of Western China, it flows through nine provinces, and it empties into the Bohai Sea near the city of Dongying in Shandong province. The Yellow River basin has an east–west extent of about 1,900 kilometers (1,180 mi) and a north–south extent of about 1,100 km (680 mi). Its total drainage area is about 795,000 square kilometres (307,000 sq mi). 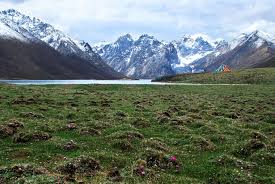 Its basin was the birthplace of ancient Chinese civilization, and it was the most prosperous region in early Chinese history. There are frequent devastating floods and course changes produced by the continual elevation of the river bed, sometimes above the level of its surrounding farm fields.

The Yellow River is one of several rivers that are essential for China's existence. At the same time, however, it has been responsible for several deadly floods, including the only natural disasters in recorded history to have killed more than a million people. Among the deadliest were the 1332–33 flood during the Yuan dynasty, the 1887 flood during the Qing dynasty which killed anywhere from 900,000 to 2 million people, and a Republic of China era 1931 flood (part of a massive number of floods that year) that killed 1–4 million people. 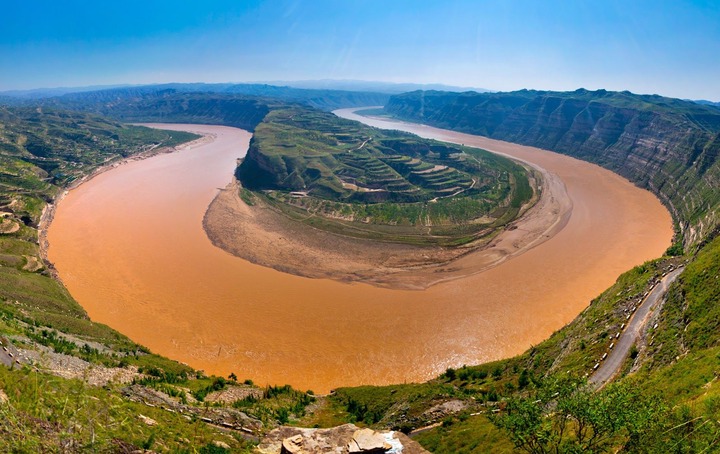 The cause of the floods is the large amount of fine-grained loess carried by the river from the Loess Plateau, which is continuously deposited along the bottom of its channel. The sedimentation causes natural dams to slowly accumulate. These dams were unpredictable and generally undetectable. Eventually, the enormous amount of water has to find a new way to the sea, forcing it to take the path of least resistance. When this happens, it bursts out across the flat North China Plain, sometimes taking a new channel and inundating any farmland, cities or towns in its path. The traditional Chinese response of building higher and higher levees along the banks sometimes also contributed to the severity of the floods: When flood water did break through the levees, it could no longer drain back into the river bed as it would after a normal flood as the river bed was sometimes now higher than the surrounding countryside. These changes could cause the river's mouth to shift as much as 480 km (300 mi), sometimes reaching the ocean to the north of Shandong Peninsula and sometimes to the south.

Another historical source of devastating floods is the collapse of upstream ice dams in Inner Mongolia with an accompanying sudden release of vast quantities of impounded water. There have been 11 such major floods in the past century, each causing tremendous loss of life and property. Nowadays, explosives dropped from aircraft are used to break the ice dams before they become dangerous. 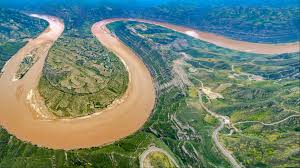 Before modern dams came to China, the Yellow River used to be extremely prone to flooding. In the 2,540 years from 595 BC to 1946 AD, the Yellow River has been reckoned to have flooded 1,593 times, shifting its course 26 times noticeably and nine times severely. These floods include some of the deadliest natural disasters ever recorded. Before modern disaster management, when floods occurred, some of the population might initially die from drowning but then many more would suffer from the ensuing famine and spread of diseases.