Love Or Money: Which Should Come First?

By DrayB (self meida writer) | 6 days 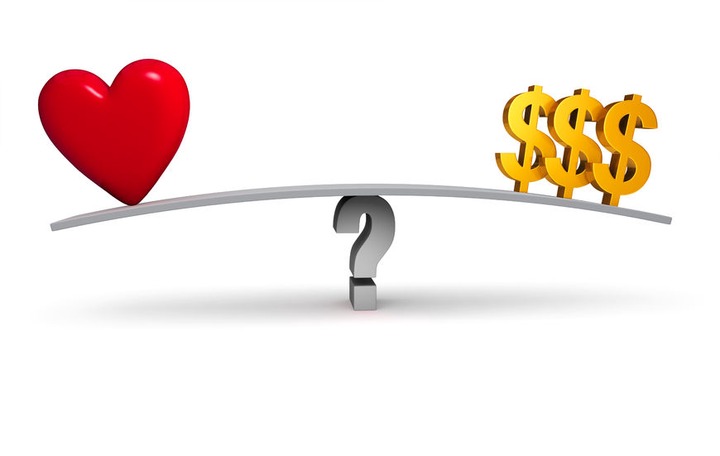 Love, they say, is a beautiful thing. Love brings two people together in a relationship which sometimes leads to marriage. Everyone is always searching for or wanting to experience that moment of love and it is always assumed that two people in a relationship are bound by love. However that cannot be said to always be the case, love is not the only reason people go into romantic relationships or marriages. Money has also come to be another strong factor for relationships and marriage.

There have been controversies about choosing between money and love when going into relationships or when marrying someone. Some people believe that love matters more than money and others believe that money should come first and then love. Well, people are different and anything they choose totally depends on their reasons. Mostly women are the ones considered to like money over everything which I think is unfair because everybody regardless of their sex, likes money. I am yet to meet a man who hates money.

However in societies, It is normal to see a woman being criticized for choosing someone who is wealthy over someone she loves. Several women who have chosen rich men have been called all sorts of names especially on social media. Even some men have come to have the mindset that all women are interested in money over love. As a result some men have the mindset that money can buy romantic loyalty even if it is not out of true love. Some men work hard to make money with the intention of getting “any woman” they want. There are even situations where broken hearted men try to make money just to go back and show their ex-girlfriends their achievements to make them regret breaking their hearts. All this means that not only women have the mindset of going into a relationship because of money but men have also grown to have the mindset that having money can get them any kind of girl they want. All these being said, is it right for a woman to choose money over love? 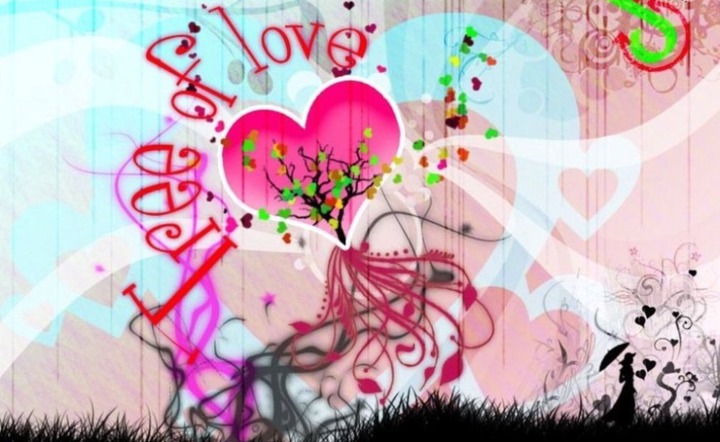 Even though love is also very important, money is equally necessary. Some people would say that love cannot feed a person. Well that may be true in some cases. There have been people who married out of love but could not stay forever because of financial challenges. Some people marry, have children but they do not have money to cater for themselves and the children. When this happens, little misunderstandings and fights are likely to be a common thing in the relationship. This sometimes kills the love in the relationship.

Therefore saying that money is not important in relationships is totally not true. I think that choosing money over love to live a luxurious life is what I find is not okay than choosing money over love to survive. There are women who are from poor families and are struggling to survive and to also take care of their families. For such women, they should not be judged much  for going into a relationship because of money. Of course a woman should be able to work and take care of her financial needs and not necessarily depend on a man for that. However not all women are empowered to do so especially with the belief and mindset that a rich woman intimidates suitors. Also some women are really forced to make it financially but have not been  lucky enough to just like how some guys also struggle but do not make it. For such women, even though that is not the best, at least choosing a rich man over a poor man for love is likely to favour them. 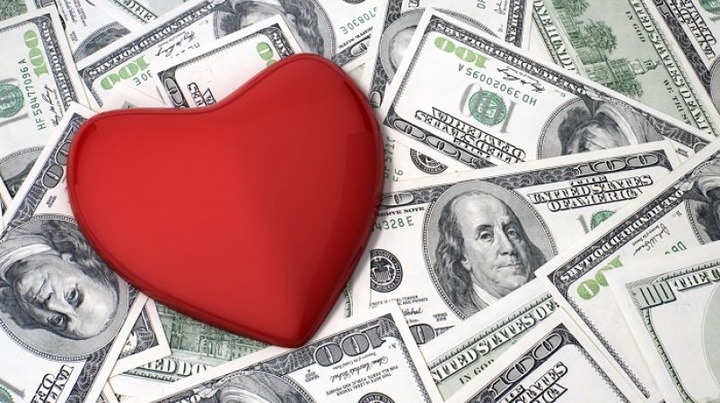 This is totally different from women who have the means to survive but want to live luxurious lifestyles. For such women, they are only interested in showing off. Losing a loved one to a wealthy person over such a reason sometimes leads to regret. So I think a woman can choose money over love depending on how much she needs the money.

Besides, there is no way people love one another without a reason. Love comes with a reason. Some men love women because of their physical appearance such as complexion, hips size, beauty, sometimes too because of their attitudes, their accomplishments (being career women) and so much more. Some women also love men for the same reasons. So why can’t money be a reason to love someone? I think that realistically, money plays an important role in relationships. Love is very strong but for love to remain, people need to look at their financial abilities because relationships, specifically marriage comes with financial obligations. In some cases too, if a woman is in a relationship with a poor man who is hardworking and visionary, then there is no need to leave the person for a rich man. Both the lady and the man have to support themselves to make the needed money for their relationship.

In all, it is the happiness that matters, as long as two people are happy together, the reason they choose to be together does not matter. Be it money or love, the bottom line is happiness.