By GoodWriter1 (self meida writer) | 24 days 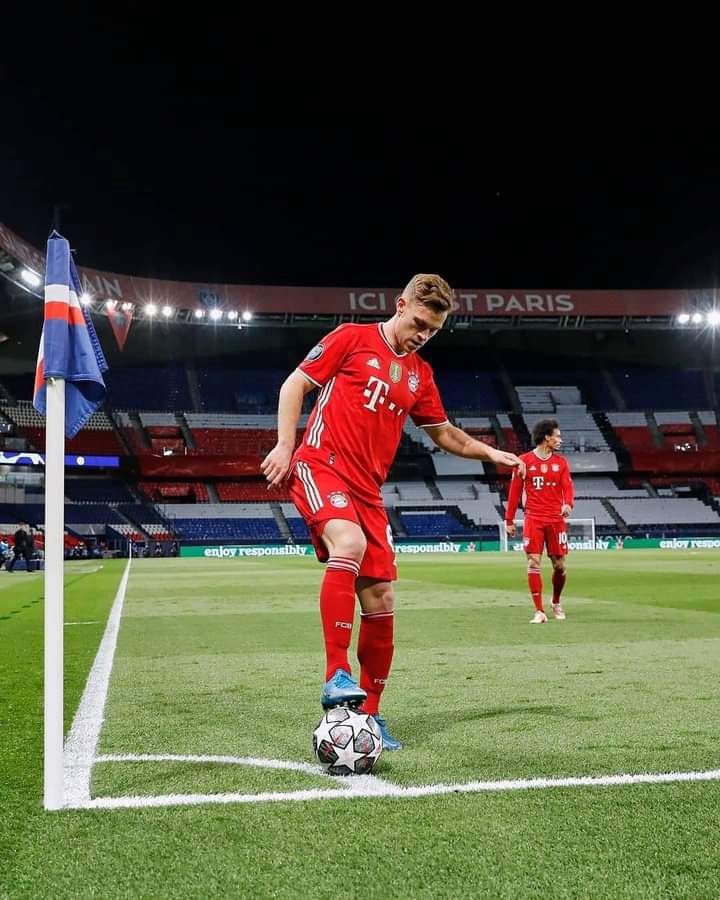 Although having played in midfield during previous seasons, where he has been extremely influential for Bayern, 2020-21 was the first season where Kimmich was the midfield general. In the previous seasons, players like Thiago and Xabi Alonso were looked up to in search of solutions in difficult situations.

There were impressive performances from him in the 2019-20 campaign where he showed his brilliance in midfield, but ended up playing the most crucial part of the season at RB. Therefore, this season’s performance is viably appropriate to judge his leadership ability in midfield.

Let’s start with the attacking statistics:

Kimmich had 20 (6+14) direct goal contributions this season. He provided the second highest number of assists after Müller this season, which indicates that even with his holding role in midfield, he has an active contribution in the attacking third activities. His 10 league assists this season are only matched by Toni Kroos from a holding midfield position. Only one Centre Midfielder (Gundogan) across Europe’s top 5 leagues equals his 20-goal contribution tally.

He created 19 big goalscoring chances (third most in UCL this season with 6), providing 2.5 key passes per game in Bundesliga; which elevated to a massive 3.6 in the UCL. His 2.5 is highest in the top 5 leagues among players in his position, so is his 3.6 in Europe.

Kimmich is a player who has a heavy inclusion of long balls in his style of play. In UCL, his 7.9 accurate long balls per game is only second to Kroos. Same goes for his 6.5 in domestic league.

Also, Joshua has played throughout the season completing an average of 61.7 passes per game, which makes up for a passing accuracy of 88%. Although this figure has dropped from an average of 90% as compared to his previous seasons it indicates that he has attempted more forward passes this season as compared to the previous ones. His key passes per game have increased from a 2.5 last season to a 3.05 this season across all competitions.

His long balls completed per game has also increased from a 5.25 last season to 7.2 this season. Along with these, he has recorded an improvement in his pass completion rate in the opponent half from a 75.5% to 77% this season. These stats clearly indicate that his passing ability has become increasingly incisive this year.

There is another aspect of Kimmich’s passing that has saw an improvement this season. He put in an average of 1.7 accurate crosses per game last season. This season, that figure has increased to a 2.1 per game.

Moving on to his defensive aspects of the game:

His interceptions per game have remarkably increased from 0.9 to 1.5; same goes for his successful tackles per game, which rose from 1.5 to 1.7 in the 20/21 season. Kimmich won 4.2 duels per game last season, which elevated to a 4.95 this season.

He won possession in the opponent half an average of 0.6 times a game in 19/20, which increased to a 0.9 this season; which indicates that his ability to press has rendered him a threat in defending and defensive transition phases.

Although his fouls per game stays at 1.05 from lasts season, he has disciplined himself in terms of cards received, which were 12 last season. This season it has dropped to just half at 6.

All these statistical comparisons from previous seasons indicate to the evident maturing and improvement of Kimmich as an individual. During the previous seasons, he was known to be a passionate and robust midfield player. However, this season’s stats indicate great improvement in defensive as well as offensive attributes. After this season performances, the collective verdict points to the fact that his inevitable journey towards leadership in midfield has took off at a commendable pace.